Death, Diamonds and Freezer Burn by Tricia L. Sanders plus a Giveaway! 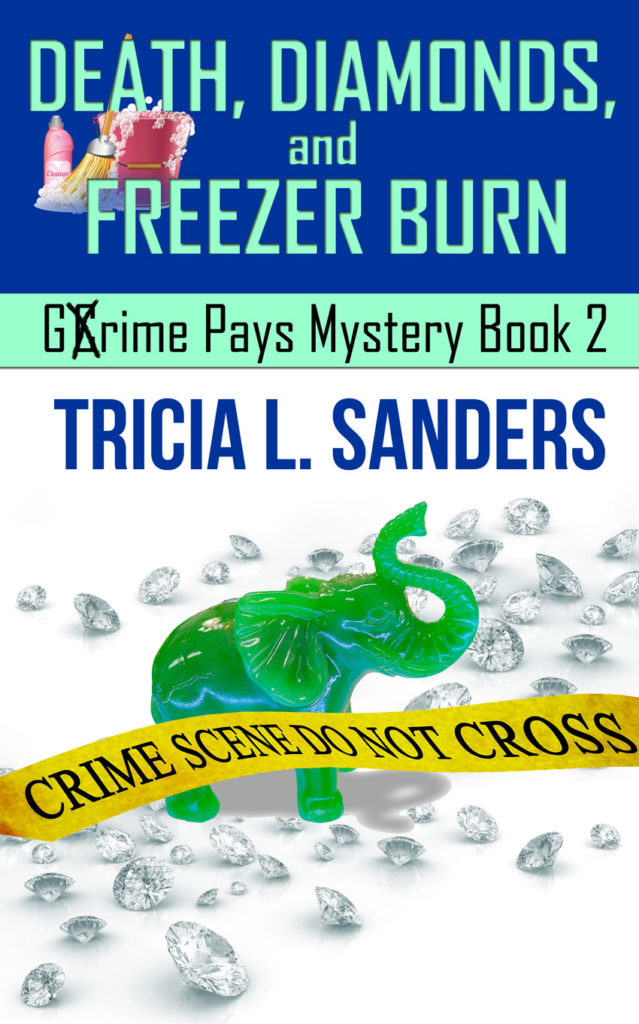 An unwelcome visitor, an unrequited love, and a dead body create chaos in a middle-aged woman’s plan for a productive summer. Despite a looming divorce, an empty checkbook, and a struggling cleaning business, Cece Cavanaugh is determined to land on her own two feet. Adamant about staying a safe distance from the handsome detective who has her fantasizing about violating the morals clause in her prenuptial agreement, Cece dives headlong into her work.

Even though she has no free time to spare, Cece finds herself guilted into cleaning a hoarder’s home. Her discoveries in the condemned house are too shocking to ignore. Diamond-laden pachyderms, a secret cache of money, and a dead body lure Cece into launching an investigation that places her in direct contact with the one person she’s desperate to avoid--hunky Detective Case Alder.

With clues in hand, Cece runs down leads and eliminates suspects one by one. Her conclusion and brave accusation put a friend’s life in peril forcing Cece to hatch a plan to outsmart the killer. A daring move could either save Cece and her friend or lead to their demise.

Tricia L. Sanders writes cozy mysteries and women’s fiction. She adds a dash of romance and a sprinkling of snark to raise the stakes. Her heroines are humorous women embarking on journeys of self-discovery all the while doing so with class, sass, and a touch of kickass.

Tricia is an avid St. Louis Cardinals fan, so don't get between her and the television when a game is on. Currently, she is working on a mystery series set in the fictional town of Wickford, Missouri. Another project in the works is a women's fiction road trip adventure.

A former instructional designer and corporate trainer, she traded in curriculum writing for novel writing, because she hates bullet points and loves to make stuff up. And fiction is more fun than training guides and lesson plans.


Thank you for visiting today.  The author is hosting a giveaway in honor of the tour.  You can enter here or use the Rafflecopter form below.  I hope you take the time to visit the other stops on the tour.  There are character interviews, author interviews, character guest posts and reviews.  I hope you have found a new book to add to your TBR pile (or piles in my case). Take care and Happy Reading!

October 27 – Escape With Dollycas Into A Good Book – SPOTLIGHT

October 29 – Here's How It Happened – SPOTLIGHT