Death at the Midnight Dragonfly: A Lily Gayle Lambert Mystery 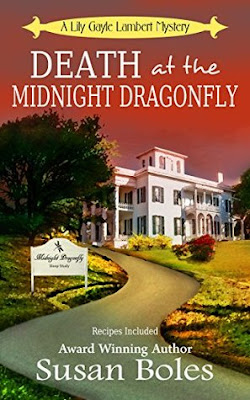 Thank you for stopping by today.  Death Comes to the School by Catherine Lloyd will be published on November 28.  It is the fifth book in A Kurland St. Mary Mystery series.

Death at the Midnight Dragonfly by Susan Boles is the third story in A Lily Gayle Lambert Mystery series.  It is almost Christmas in Mercy, Mississippi, but Lily Gayle Lambert is not feeling the Christmas spirit.  She is standing outside the Mistletoe Magic Extravaganza, but she does not feel like going inside.  She witnesses an argument between her friend Daisy and her husband, Jack.  Then she notices local bank manager, Tom Hammond stumble outside and become ill.  It seems that Tom imbibed a little too much of Miss Edna’s punch.  The next morning, Lily Gayle rides her bike up to the Midnight Dragonfly Inn.  She wants to visit with Dr. Vlad Templeton running the new sleep study.  It has been a longtime since Lily Gayle has seen her childhood friend.  The police are out front when she arrives.  Vlad found Tom Hammond on his front porch—dead.  A red boxing glove under some nearby bushes points the finger at Daisy’s husband, Jack, who recently joined the new gym. But Jack is not her only friend suspected of the crime.  To clear her friend’s names, Lily Gayle will have to find Tom’s killer.  What happens when she gets too close to the truth?

Death at the Midnight Dragonfly is a cute story.  It is a quick and easy book to read.  I do suggest reading the first two books in A Lily Gayle Lambert Mystery series (Death of a Wolfman and Cherry Cake and a Cadaver)  prior to picking up Death at the Midnight Dragonfly.  The series contains quirky characters and a unique small town.  There is humor throughout the story along with meddling friends.  The mystery was uncomplicated.  I identified the victim and killer before Lily Gayle rode up to the Midnight Dragonfly Inn on her bicycle.  I do feel it is time for Lily Gayle to grow or develop more as a person.  I want to see her overcome her fear of driving (for example).

I hope that each of you have a beautiful Sunday.  I will return tomorrow to review another book.  Take care and Happy Reading! 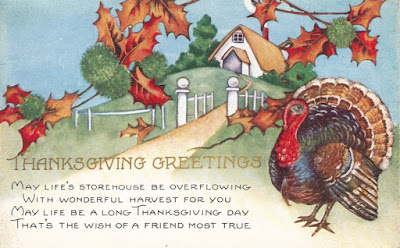