The Quiche and the Dead: A Pie Town Mystery 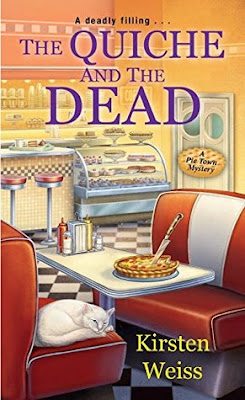 Happy Book Release Day!  Potions and Pastries by Bailey Cates, Eaves of Destruction by Kate Carlisle, A Spoonful of Magic by Irene Radford, In This Moment by Kate Kingsbury, A Bella Flora Christmas by Wendy Wax, Of Spice and Men by Sarah Fox, Stay Calm and Collie On by Lane Stone, A Deadly Eclair by Daryl Wood Gerber and Out of the Ordinary by Jen Turano are some of the new releases.

The Quiche and the Dead by Kirsten Weiss is the first book in A Pie Town Mystery series.  Valentine “Val” Harris opened Pie Town in San Nicholas, California five months prior.  She is finally starting to break even and is happy with her choice to settle in San Nicholas.  Val made a quiche to welcome Heidi Gladstone and her new business Heidi’s Health and Fitness to the neighborhood.  Unfortunately, Heidi is against sugar (and anything with flavor along with Val’s slogan for her business) and shop regular Joe wins the quiche (he made a bet that Heidi would not eat it).  Unfortunately, Joe soon clutches his stomach and keels over.  Officer Gordon Carmichael responds to the 911 call along with Detective Shaw.  It is determined the Joe was poisoned and business grinds to a halt at Pie Town.  Charlene McCree, pie crust maker extraordinaire, believes she is a prime suspect and ropes Val into doing some snooping.  They uncover that Joe liked to investigate local crimes along with his recently deceased friend, Frank Potts.  What had Joe uncovered that got him killed?  It seems that San Nicholas is not the sleepy little town it appears.

The Quiche and the Dead starts off with a murder in the very first chapter.  I liked the method of murder (poisoning) and the pie shop (it sounded cute).  The main character, Valentine Harris was not appealing.  I found her whiny and unlikeable (her overreaction to each and every encounter with Heidi became annoying).  Charlene is supposed to be a secondary character, but she dominates the book.  She is over-the-top, quirky and a conspiracy theorist.  Charlene goes around town with a lazy cat around her shoulders like it is a fur stole (she states the cat is narcoleptic and would get lonely at home).  It sounds humorous, but after numerous mentions of said cat it starts to become tedious and repetitive.   The mystery was simple and the suspect list was limited.  The killer’s identity can be distinguished early in the story (the person stands out—no clues needed).  The story dragged along towards the end with much speculation and talking (along with more wackiness from Charlene).  There is also flirting between Valentine and Officer Carmichael (Val is getting over a broken engagement). The author failed to adequately set up the backdrop of San Nicholas (we are given scant details).   My rating for The Quiche and the Dead is 3 out of 5 stars (it was okay).   The Quiche and the Dead did not inspire me to want more A Pie Town Mystery novels.  Bleeding Tarts is the next book in A Pie Town Mystery series and it will be out in April 2018.

Thank you for stopping by today.  I will return tomorrow with my thoughts on another book.  Have a wonderful day and Happy Reading! 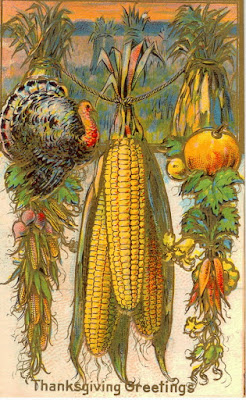