The Promise: The Amish of Southern Maryland 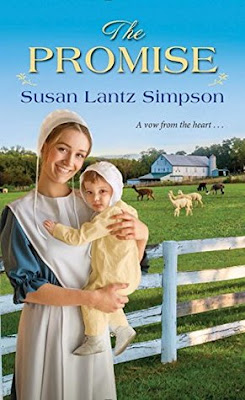 Felicitations!  The Angel Makers by Tessa Harris comes out on May 29 along with Confessions of a Red Herring by Dana Dratch and Bear Witness to Murder by Meg Macy.  Murder on Memory Lake by J.D. Griffo  will be released on July 31.  It is the first book in A Ferrara Family Mystery series.

The Promise by Susan Lantz Simpson is the first book in The Amish of Southern Maryland series.  Phoebe Yoder is at the farmer’s market with her mother, Martha, Susannah and Naomi (her sisters).  Phoebe stops to admire the alpacas leaving Martha with the younger girls.  It is Phoebe’s dream to raise her own alpacas.  When Phoebe returns, Susannah is on her own and Naomi has disappeared.  Someone took advantage of the situation to snatch Naomi from the market.  Phoebe feels responsible and makes a rash promise to God that she will marry Micah Graber (who she does not care for at all) and give up her dream of raising alpacas if He will return her baby sister.  Benjamin Miller has recently returned to the area and is taken with Phoebe when he sees her at the market.  It is also his dream to have an alpaca farm.  Ben gets a chance to spend time with Phoebe when they help Dori Ryland with her alpacas.  Ben can imagine a wonderful future with Phoebe, but she is unwilling to forgo the vow she made to God.  Phoebe is willing to give up a happy life to honor the promise she made in haste.  What will it take to convince her that God would not want her to make this sacrifice?

The Promise is nicely written and to have a steady pace.  I did, though, to find too much repetition in the book.  The promise Phoebe made, how unlikeable Micah Graber is, and her love of alpacas are some of things that are repeated.  There are good themes or life lessons in the book.  The main theme in the story is trusting in God.  We need to trust that the good Lord will guide us.  Other Christian elements are God’s expectation, forgiveness of self and others, and the power of prayer.  Going after your dreams is another theme in the story.  It is important to have obtainable goals or dreams.  The author included some good information on alpacas.  There fiber is so soft and wonderful to use in fiber projects (spinning, knitting, crocheting, weaving, etc.).  Phoebe was a frustrating character.  I did not understand why she would not talk to her parents (at least her mother).  She is going to marry someone she dislikes because she made a promise.  God would not want her to be unhappy.   Ben is a great character and readers will be rooting for him.  I also enjoyed Ben’s grandmother, Lena Kurtz. The ending will have you cheering.  I give The Promise 3 out of 5 stars.  There is an excerpt of the next book in the series at the end.  The Promise is a sweet Amish story.


Thank you for stopping by today.  On Monday I will be sharing my review of Death of a Cookbook Author by Lee Hollis.  May you have a very special day (you deserve it).  Take care and Happy Reading! 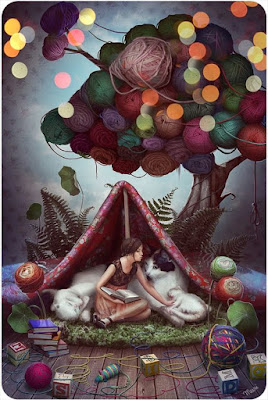