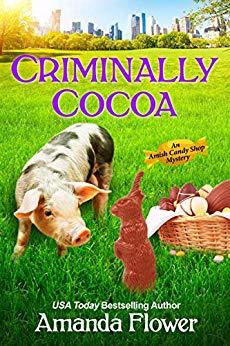 Welcome!  I want to share with you some of the new books that will be released on Tuesday, February 26.  The list includes The Secrets of Paper and Ink by Lindsay Harrel, The Spitfire Girls by Soraya M. Lane, Final Exam by Carol J. Perry, One Feta in the Grave by Tina Kashian, The Reconciliation by Susan Lantz Simpson, Please Don't Feed the Mayor by Sue Pethick, Criminally Cocoa by Amanda Flower and Chocolate Cream Pie Murder by Joanne Fluke.

Criminally Cocoa by Amanda Flower is An Amish Candy Shop Mystery novella (No. 3.5).  Charlotte Weaver is thrilled to be in New York City with her cousin, Bailey King for the filming of Bailey’s Amish Sweets. Bailey is creating a hand woven chocolate Easter basket using tempered chocolate when the double boiler explodes.  Glass and chocolate are sent flying around the set., but, thankfully, no one was injured.  The next day, Juliet Brody and her comfort pig, Jethro arrive to be a part of the show and publicity photos.  While shooting photographs in the park, a loud horn sounds which scares poor Jethro and sends him running into the park.  Charlotte is concerned that someone is trying to sabotage the show as the small incidents continue.  With Bailey already nervous about the filming, Charlotte decides to investigate on her own.  Can Charlotte unmask the saboteur?  Join Charlotte, Bailey, Cass and Jethro on their New York City adventure in Criminally Cocoa. 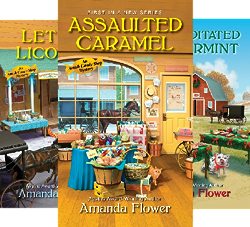 Criminally Cocoa picks up where Premeditated Peppermint ended.  We join Bailey, Charlotte and Cass in New York where they are filming the first season of Bailey’s Amish Sweets.  Bailey asked Charlotte to come along and be her assistant on the show.  Criminally Cocoa is told from Charlotte’s point-of-view.  It was humorous to see New York City through Charlotte’s eyes.  Charlotte grew up Amish and has yet to join the church.  She views things differently from Englishers.  I thought Criminally Cocoa was well-written with steady pacing.  It was nice to learn more about Charlotte in this story.  When Bailey blames herself for the explosion of the double boiler, Charlotte wants to help prove it was not her cousin’s fault.  Charlotte has watched Bailey solve three crimes and puts that knowledge to use.  The mystery was straightforward.  Readers will have no problem solving it before the reveal.  However, it is the right type of mystery for the length of the story.  While the story focuses on the group in New York, we do get updates on their friends back home in Harvest, Ohio.  I especially enjoyed the addition of Juliet Brody and her polka dotted pig, Jethro.  Their antics provided me with plenty of laughs.  It is always delightful to read one of Amanda Flower’s books.  I am eager to read Toxic Toffee (June 25) which is the next An Amish Candy Shop Mystery.


Criminally Cocoa comes out tomorrow in e-book format.  Tomorrow I am showcasing The Secrets of Paper and Ink by Lindsay Harrel as part of the Celebrate Lit Tour.  I hope you will visit and enter the giveaway.  Thank you for stopping by today.  May you have a jolly day and Happy Reading! 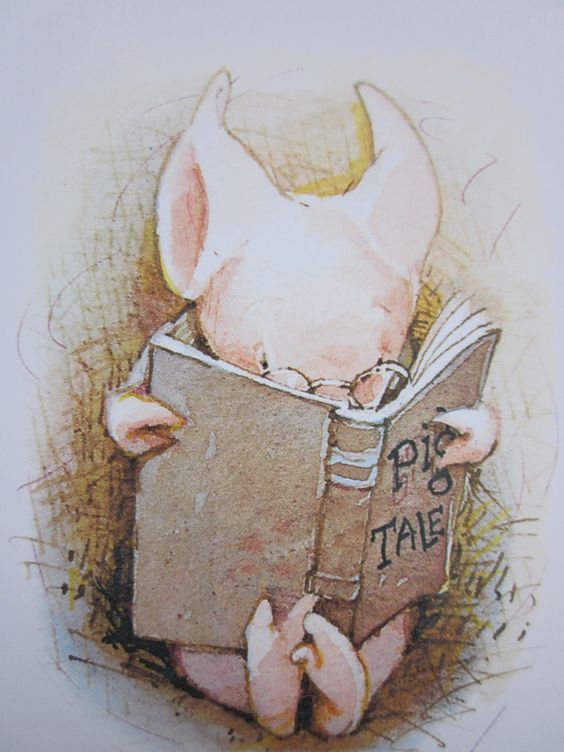