Fragments of Fear by Carrie Parks: Review and a Giveaway! 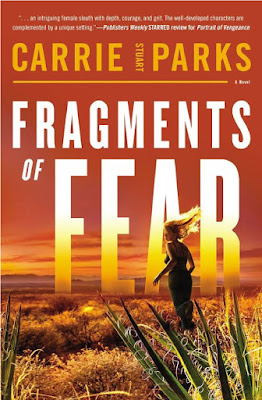 From award-winning author Carrie Stuart Parks comes a new novel with danger that reaches from a New Mexico Anasazi archaeological dig to micro- and nano-chip technology.
Evelyn Yvonne McTavish-Tavish to her friends-had her almost perfect world in Albuquerque, New Mexico, come to a crashing end with the suicide of her fiancé. As she struggles to put her life back together and make a living from her art, she’s given the news that her dog is about to be destroyed at the dog pound. Except she doesn’t own a dog. The shelter is adamant that the microchip embedded in the canine-with her name and address-makes it hers.
Tavish recognizes the dog as one owned by an archaeologist named Pat Caron because she did a commissioned drawing of the two of them months earlier. The simple solution is to return the dog to his owner, but she arrives only to discover Caron’s murdered body.
After meeting undercover FBI agent Sawyer Price the mystery deepens as more people start disappearing and Tavish becomes a target as well. Her only solution is to find the links between microchip technology, an Anasazi site in the desert, her fiancé’s death, a late-night radio show, and the dog. And the clock is ticking.
Click here to purchase your copy. 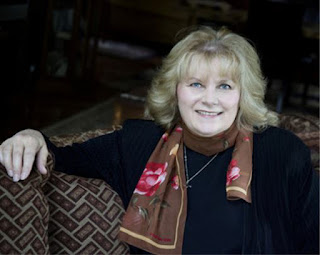 Carrie Stuart Parks is a Christy finalist as well as a Carol Award-winning author. She has won numerous awards for her fine art as well. An internationally known forensic artist, she travels with her husband, Rick, across the US and Canada teaching courses in forensic art to law-enforcement professionals. The author/illustrator of numerous books on drawing and painting, Carrie continues to create dramatic watercolors from her studio in the mountains of Idaho. 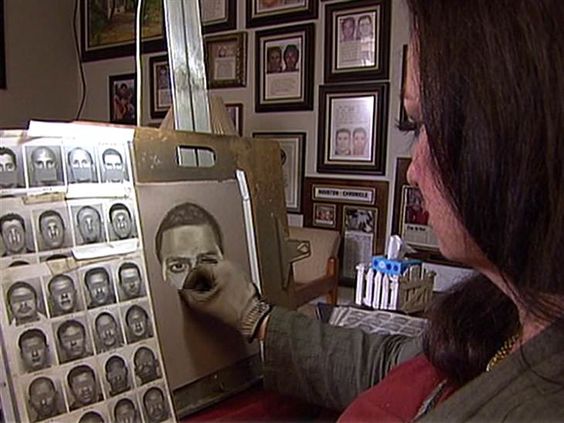 Since 1981, I’ve been a forensic artist—an amazing feat since I’m only . . .um. . . well, younger than that. In those years, I’ve seen some shifts and trends, but some things have never changed. Despite the overwhelming prevalence of computers in almost every other field, they have never been able to replace a trained forensic artist. Artists have an amazing toolbox of techniques we use to gather the information we need to help solve crime.
Want more? Check out the rest of my article at The Strand Magazine 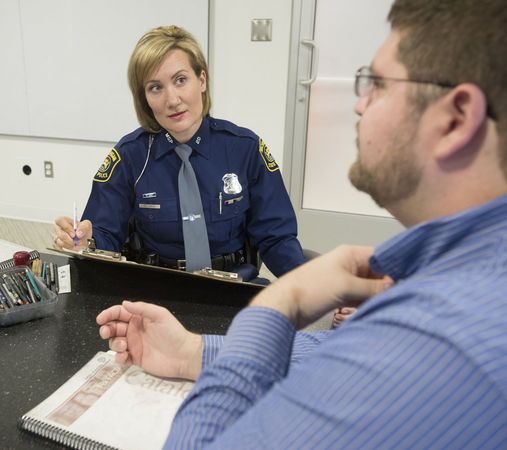 
Fragments of Fear by Carrie Parks has readers journeying to Albuquerque, New Mexico.  Evelyn “Tavish” McTavish receives a phone call from a local shelter stating they have found her dog.  Tavish does not own a dog, but she does not want the little fellow to be put to sleep.  It turns out to be Marley, a pure bred Puli that belonged to client, John Coyote.  When Tavish arrives at John’s home, she finds him dead from torture.  But then a fake cop arrives, takes a shot at Tavish, and he departs with the body.  Tavish anonymously notifies the police.  When they check out the scene, John’s house has been emptied out.  There is no record of a John Coyote and Tavish is admonished for filing a false police report.  It does not help that a few weeks ago, Tavish tried to convince the police that her fiancé, Andrew James was murdered and that he did not commit suicide.  Sawyer Price, an FBI Agent, meets Tavish at her art gallery opening and soon their paths cross again.  Tavish spills her story to Sawyer and he finds connections to his current case.  Then Tavish is shot at again.  Sawyer and Tavish need to stay out of harms while piecing together the clues.  Will they make it out alive? 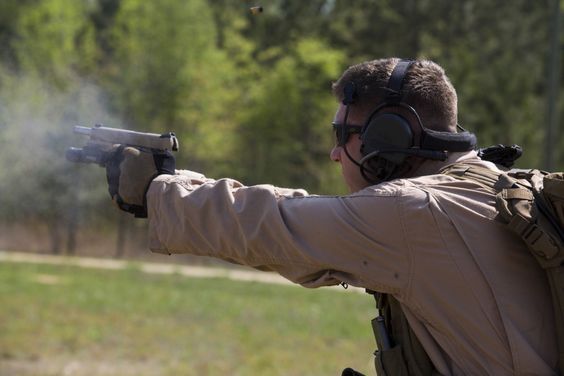 
Fragments of Fear is a fast-paced Christian suspense novel.  Evelyn “Tavish” McTavish is an artist with a variety of problems (nail biting, anxiety, panic attacks, self-confidence issues).  Tavish lives in the guest house on her mother’s estate and is an heiress thanks to her grandmother.   Just before her first gallery showing, Tavish finds herself drawn into a dangerous mystery.  Sawyer Price is an FBI Agent who finds himself attracted to Tavish and tries to keep her safe which is not an easy task.  Fragments of fear is an action packed mystery full of twists and turns.  You never know what is going to happen next.  Tavish finds herself out of her comfort zone and in unknown territory as she tries to unravel the clues and keep herself from being killed.  I like that Tavish does not give up and she continues to dig for the truth. She learns more about herself and God whom she has ignored for most of her life.  I appreciate that the mystery is wrapped up at the end with complete details.  Marley was just a delight.  Such a sweet, loving yet plucky dog.  The romance is present, but it does not dominate the story.  Fragments of Fear has unknown villains, art thefts, explosive situations, missing artifacts, microchips, a spunky Puli, a concerned FBI agent, and an apprehensive heroine. 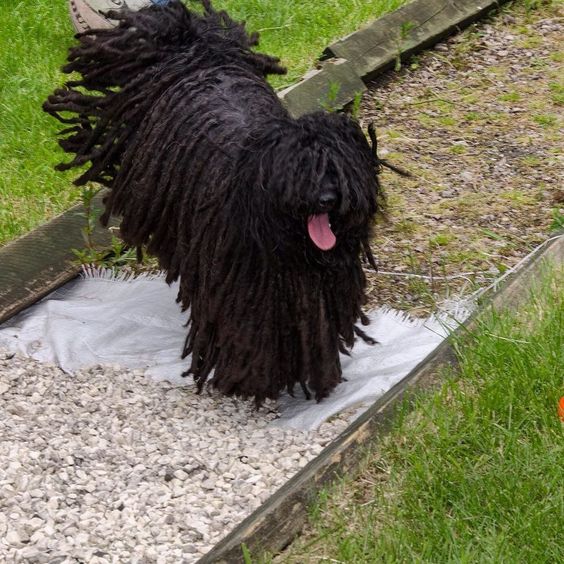 Fragments of Fear is available at Amazon.  To celebrate her tour, Carrie is giving away a grand prize of her book.  Be sure to comment on the blog stops (schedule below) for nine extra entries into the giveaway.  Click here to enter.  Thank you for visiting today.  Tomorrow I am featuring Riptide Rumors by Melody Carlson.  It is the second book in The Legacy of Sunset Cove series.  I hope you have a relaxing day.  Take care and Happy Reading! 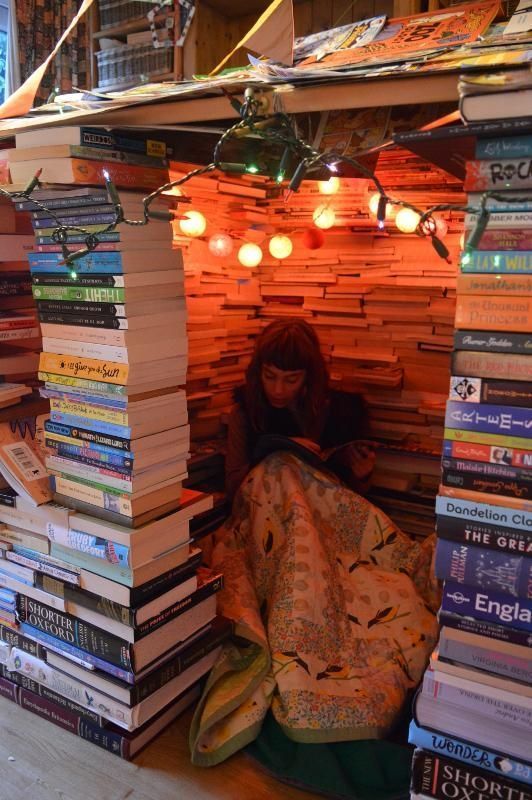