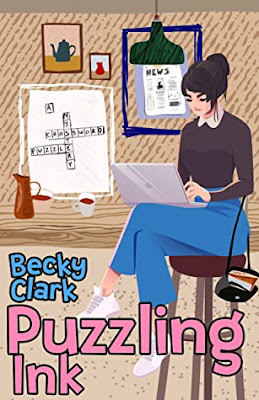 Puzzling Ink by Becky Clark has Quinn Carr living back home with her parents’ in Chestnut, Colorado after being diagnosed with OCD and suffering from depression.  She is working as a waitress at Chestnut Diner for Jake Szabo plus she creates crossword puzzles for Vera Greenberg, the editor of the Chestnut Station Chronicle.  Jake must be away from the diner and is leaving Quinn in charge which means she also has to do the cooking.  At the end of the day, Quinn goes to give the last lingering patron the heave ho and finds him dead in his biscuits and gravy.  It turns out the victim is Emmett Dubois who was a former business partner of Jake’s and things did not end well between them.  Jake is arrested for the Emmett’s murder leaving Quinn in charge of the diner including the cooking.  If Quinn wants to go back to her regular job, she needs to prove that Jake did not kill Emmett.  Quinn figures it cannot be much different from creating a crossword puzzle. 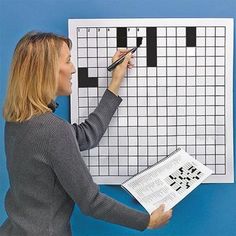 Puzzling Ink by Becky Clark is the debut of A Crossword Puzzle Mystery series.  Quinn Carr is a woman in her late 20s who has returned to her hometown of Chestnut, Colorado where she has moved back in with her parents.  She has been diagnosed with a mild case of OCD (I think the doctor got this one wrong) plus depression.  Quinn loves crossword puzzles and creates them for the local paper which is something she does not want her best friend, Nico Lopez to know about.  I could not warm up to Quinn.  Her OCD is anything but mild.  I became agitated after reading a couple of chapters.  I did like the way the author addressed OCD.  Quinn’s OCD issues dominated Puzzling Ink.  Quinn’s parents are great characters.  They are happy, upbeat people (it is hard to believe that Quinn is there child).  I would never eat her mother’s cooking (a cumin frosted cupcake sounds disgusting), but she is a cheerful woman with a husband who loves her dearly.  Officer Rico Lopez is Quinn’s best friend, and he cannot tell a lie.  He is a very patient and kind man (must be if he is Quinn’s friend).  There are a variety of other quirky characters including Jake and his ex-wife.  The author did not devote enough time to character development.  We learn the bare bones minimum about Quinn.  I did enjoy the descriptions of the various chestnut statutes around town.  I thought that it was a cute touch.  The mystery was a disappointment.  It was not at the forefront of the story and it is not one reader can solve (which is my favorite part).  I wish the author had devoted more time to the mystery.  The ending came out of left field.  Crossword puzzles did not really play into the story.  I thought the puzzles would have more of a tie in especially to the mystery.  Puzzling Ink is not a good fit for me, and I will not be reading the next book in the series.  I read to relax and for enjoyment and I got neither one in Puzzling Ink. 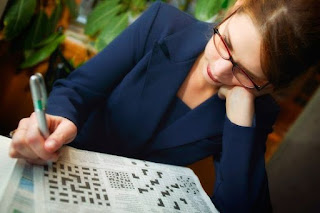 Puzzling Ink publishes November 3 and is available from Amazon*.  The next A Crossword Puzzle Mystery is Punning with Scissors which releases May 11, 2021.  You can find Becky Clark's other novels here.  Now while Puzzling Ink was not for me, other readers love it.  That is the beauty of books.  I suggest you read a sample to see if it suits you.  Thank you for visiting today.  Next time I am featuring A Picture of Love by Beth Wiseman.  It is the first book in The Amish Inn Novels.  I hope that you have a peaceful day.  Take care, be kind, and Happy Reading! 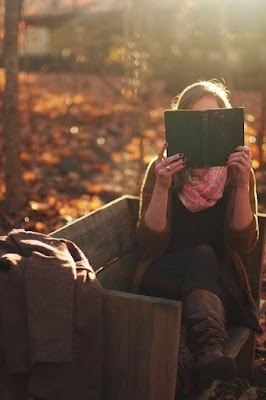