A Search for Redemption by Jo Ann Brown: Review, Excerpt, and Giveaway!

A Search for Redemption

Welcome to the Blog Tour for A Search for Redemption by Jo Ann Brown, hosted by JustRead Publicity Tours! 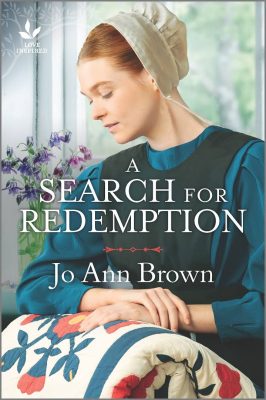 Bestselling author Jo Ann Brown returns to the Amish community of Bliss Valley, where finding a new beginning means facing the past…

After losing both her fiancé and the happy life she anticipated, Amish maedel Grace Coffman is still stitching the pieces of her life back together. But between working in a quilting shop with an unscrupulous Englisch boss and caring for her ill parents, her threads keep unraveling. At first, the arrival of a kind, attractive stranger feels like a coincidence. But the more Grace learns about Joel Beachy and his story, the more their meeting seems like providence…
Joel's return to Bliss Valley—and the Plain people—is his last chance to redeem a life filled with missteps. Yet in Grace, Joel finds something he never imagined: trust, courage and even the possibility of hope. When Grace suddenly finds herself the guardian of her nephews, Joel sees an opportunity to keep two wayward boys from repeating his mistakes. But Joel's dark past isn't quite finished with him. And now he must pray that his new life is strong enough to withstand the pending storm of trouble…and secrets.

“Brown is a gifted writer who makes unforgettable characters that invite the reader to join them on their journey.” —Publishers Weekly bestselling author Marie E. Bast

MORE BOOKS IN THIS SERIES

A Wish for Home and A Promise of Forgiveness 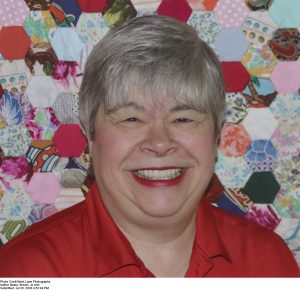 Jo Ann Brown has published over 100 titles under a variety of pen names. A former military officer, she enjoys taking pictures and traveling. She has taught creative writing for more than 20 years and is always excited when one of her students sells a project. She has been married for more than 40 years and has three children and two rambunctious cats. She lives in Amish Country in southeastern Pennsylvania. She enjoys hearing from her readers.

Connect with Jo Ann by visiting joannbrownbooks.com to subscribe to email newsletter updates. 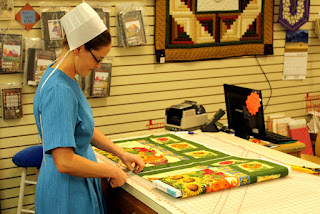 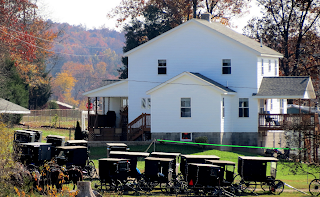 A Search for Redemption by Jo Ann Brown is the third novel in the Secrets of Bliss Valley.  I thought A Search for Redemption was well-written with developed, realistic characters.  I enjoyed getting to know Joel and Grace along with their families.  I felt for Joel.  He made his own choices, but a different upbringing would have made a world of difference.  Joel returns to Bliss Valley after getting out of jail.  He is not welcomed with open arms.  Grace Coffman treats him kindly. We get to see how these two help each other. There are various storylines that all work together for one heartwarming book.  Relationships are complicated and fraught with misunderstandings.  Assumptions and lack of communication lead to trouble.  It is important to have faith and trust.  We can always count on God to get us through the rough times.  Redemption, second chances, and forgiveness are themes in A Search for Redemption.  While A Search for Redemption can be read as a standalone, I believe it would be beneficial to read the series in order.  I like that we get to catch up with the characters from the first two stories in the series.  I just loved how everything came together at the end of A Search for Redemption.  I was hoping for this special conclusion.  I liked that the characters had flaws (none of us are perfect).  The author dealt with some tough subjects.  We get to follow along to see how the characters deal with the issues.  You can never run away from your secrets or your past as we see in this story.  How we deal with them will determine what path we follow.  There are good life lessons in this book.  A Search for Redemption is a sweet, emotional story.  I am eager for the next novel in the Secrets of Bliss Valley.  A Search for Redemption is a touching Amish tale with a stingy supervisor, poorly parents, an imperfect past, sorrowful sons, a bewildering revelation, and a glorious God. 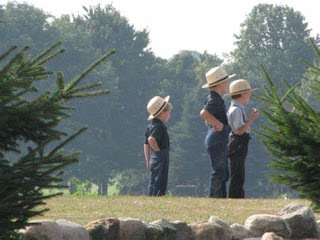 Now he was back in Bliss Valley, and he was wearing the broadfall trousers Grace’s mamm had had waiting in the dawdi haus last night. His fingers had fumbled buttoning them closed. Before he’d left home, he would have buttoned them up without thinking. He’d become too accustomed to zippers. His cotton shirt in a purple that he would never have chosen himself was looser and allowed more air circulation than the T-shirts he was used to. At first, he’d disdained the suspenders lying next to them, but after having to hold on to the waist of his trousers to keep them from dropping, he’d hooked them in place.

Setting the paint can on the ground, he touched his goatee. Did he look as if he was straddling two worlds that had little in common? Like he felt? 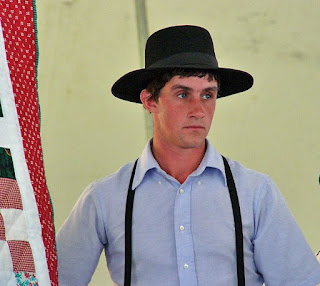 He’d waited in the dawdi haus until Grace had left for the shop. He wasn’t sure if she’d be amused or appalled to see him in such clothing. He’d been astonished how important it had become for her to think well of him. For a moment, he allowed himself the special delight of thinking about her. Her pretty smile, her sparkling green eyes, her fiery hair that he longed to see loose along her back as he let his fingers sift through its rich silk.

Two things hadn’t changed since the first time he’d seen her. He still yearned to draw her close and sample her soft lips. Yet, even if he hadn’t been a convicted felon, she was plain and he was… He wasn’t sure what he was any longer, but even a single kiss would mean something different to Grace than it did to an Englisch woman. For an Amish woman, a kiss was a pledge of one’s heart. 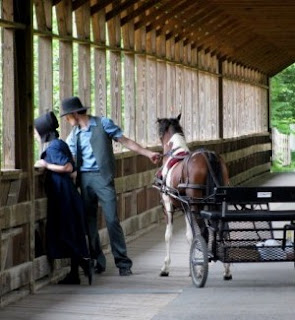 His fingers tightened around the paintbrush he held as he took a deep, deep breath of the fragrant air. Smells from the neighboring farms and the heat off the asphalt road flavored it. Cheerful voices reached him, and he noticed a group of scholars walking toward the school building that was hidden by a sharp corner in the road. The same school he’d attended in what seemed like someone else’s life. He must once have sounded as carefree as the kinder passing this farm on his way to school, but he couldn’t recall now. By cutting his connections to Bliss Valley, he’d ripped away so much of his childhood.

Joel pried open the can and stirred its contents before dipping his brush in the thick, white paint. He’d already washed the fence with a dripping sponge, getting rid of spiderwebs as well as debris. It hadn’t taken long for the wood to dry in the hot sunshine. The calendar might have turned over to September, but summer wasn’t ready to give them any surcease from the heat and humidity. 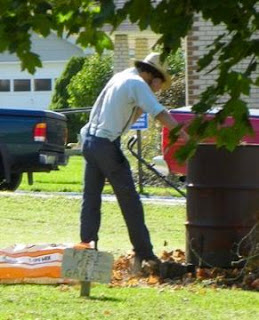 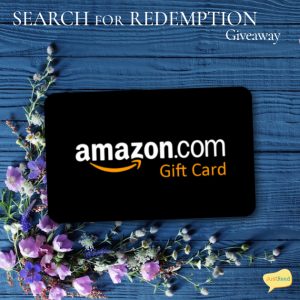 Full tour schedule linked below. The giveaway begins at midnight August 1, 2022 and will last through 11:59 PM EST on August 8, 2022. Winner will be notified within 2 weeks of close of the giveaway and given 48 hours to respond or risk forfeiture of prize. US/CAN only. Void where prohibited by law or logistics.

Giveaway is subject to the policies found here. 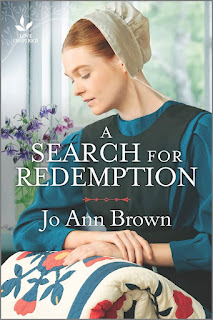 A Search for Redemption will be out on August 23, and it can be preordered from Amazon*.  The first two books in the Secrets of Bliss Valley are A Wish for Home and A Promise of Forgiveness.  The fourth book in the Secrets of Bliss Valley will be out on April 25, 2023 and it is A Hope for Healing (Rosemary's story--Joel's youngest sister). Jo Ann Brown has the second book in the Amish of Prince Edward Island coming out on October 25 and it is Snowbound Amish Christmas.  You can find Jo Ann Brown's other novels here.  Thank you for stopping by today.  I will return tomorrow to share my thoughts on Building a Future by Amy Clipston.  It is the second An Amish Legacy Novel.  I hope that you have a merry day.  Before you leave, do not forget to enter the giveaway.   Take care, stay cool, and Happy Reading! 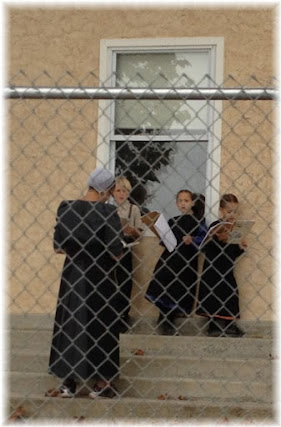