Murder on the Last Frontier 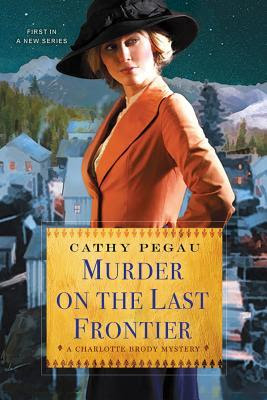 Did you know that December is Bingo month!  If you like to play bingo (and have time in your schedule), this is the month to do it! Maybe you can talk some friends into joining you or hosting a bingo party at your house.  Have a Christmas themed bingo party! Instead of using the word "bingo" use a word associates with the holidays.  I actually have holiday themed bingo cards in my studio (you can find them online).


Murder on the Last Frontier by Cathy Pegau takes place in Cordova, Alaska in 1919.  Charlotte Mae Brody is arriving Alaska via the S.S. Snow Queen.  She has traveled from New York to get away.  Her articles have created controversy (and she does not want it to spill over onto her parents) and to get away from a man.  It is a chance for Charlotte to start over.  She is a journalist and will write articles on life in Alaska (for a magazine back east).  Charlotte’s brother, Michael is a doctor in Cordova.  Michael is engaged to Ruth, a pastor’s daughter (appearances are important to their family).  The first night that Charlotte stays in Cordova, a young woman is killed.  Charlotte finds out that the young woman is Darcy Dugan. Darcy was a lady of the evening and she was pregnant.  Charlotte knows that this type of crime is not usually taken seriously, and she wants to make sure that Darcy’s killer is caught (plus she is nosy).  But the killer does not like Charlotte asking so many questions and tries to stop her.  Can she find and expose the killer before the killer silences Charlotte?

There is also some romance in the air for Charlotte (of course).  But is Charlotte interested in romance.  With all of Charlotte’s antics (she is quite busy in the book) will Michael be able to keep his fiancé?  Murder on the Last Frontier is an engaging story that contains a good mystery (it is not easy to solve which I really liked).  I liked the characters (for the most part) and the beautiful setting of Cordova, Alaska.  I did find Charlotte a little too aggressive. She can get on your nerves after a while in her direct, to the point approach in asking questions (or rather demanding answers).  I did, though, appreciate her modern outlook or views (you will understand if you read the book).  I did, though, think there was a little too much romance for a mystery novel.  I like having a little love interest in the book that develops over time in a series, but you do not want it to be too much (so that is overshadows the mystery).  I give Murder on the Last Frontier 3.75 out of 5 stars.  There is room for improvement, and I hope to see it in the next book in the series (which I look forward to reading).

You can follow Cathy Pegau on Amazon to get updates on her latest releases.  I received a complimentary copy of Murder on the Last Frontier from NetGalley in exchange for an honest review.

I am now going to go play with our new sweeper (a Black Friday deal). Our last one did not last a year!  I hope we have better luck with this one. Have a wonderful evening and Happy Reading!