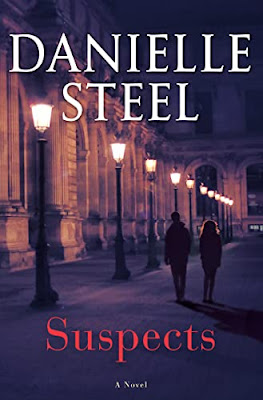 Book Summary
A dedicated CIA agent becomes an unexpected ally to a woman haunted by the kidnapping of her family, in this thrilling novel from #1 New York Times bestselling author Danielle Steel.Theodora Morgan is fashion royalty. Founder of a wildly popular online shopping service, she is one of the most successful businesswomen in the world, although she prefers to keep a low profile, especially over the last months. It was a year ago when the unthinkable struck her family, and her husband, industry mogul Matthieu Pasquier, and their son were kidnapped and held for ransom—a nightmare that ended in tragedy. The case has gone cold, despite evidence linking the crime to Matthieu’s Russian competitors. Theo has reluctantly gone back to work running her company. On the flight to a launch party for one of her highly anticipated pop-up shops in New York City, she crosses paths with high-society networker Pierre de Vaumont. Theo politely invites him to her event—unaware that Pierre has been flagged by the CIA. Senior supervising CIA operative Mike Andrews investigates Pierre’s suspicious Russian contacts and clears him to enter the country, but when he realizes that Theodora Morgan is on the same flight, he becomes concerned for her safety. Posing as a lawyer, Mike begins a covert mission—starting with Theo’s opening party. When Mike and Theo meet, their connection is instant, but Theo is completely unaware of Mike’s true objective or identity… or that the life she is rebuilding is in grave danger. 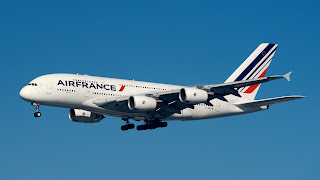 Suspects by Danielle Steel is an intriguing romantic suspense.  The story is told from the point of view of Theodora “Theo” Morgan and Mike Andrews.  Theo owns an online clothing company that is a success.  She married an older Frenchman, and they had a son, Axel.  Unfortunately, Theo’s husband and son were kidnapped, and the case went sideways.  The kidnappers killed both the husband and son leaving behind a devastated Theo.  The case has yet to be solved and there are worries that the kidnappers will strike again since they only got half of the ransom.  Mike Andrews is a CIA agent in New York.  When Theo flies to New York to oversee the opening of a pop-up shop, Pierre de Vaumont is on the same plane.  Pierre must be vetted before being allowed into New York which is how Mike becomes aware of Theo.  Mike attends the opening of Theo’s New York pop-up shop and there is an instant connection.  Mike wants to protect Theo.  The only way to keep her safe is to find the men who kidnapped her husband and son.

I enjoyed Suspects.  I thought it was well-written and engaging.  I liked the characters.  Theo is a smart woman with a head for business.  She is also creative, hardworking, and down to earth.  Mike is man with a good heart.  He is also intelligent, strong, and a diligent worker.  He has devoted his life to his career.  I liked Mike’s sister, Fiona.  She is a lively character and added humor to the story.  Suspects has tension, romance, drama, mystery, and intrigue.  The second half of the story moves at a quick pace.  I liked all the action.  There is some repetition, a small amount of foul language, and there are intimate situations (just so you are aware).  I found myself drawn into Suspects and quickly devoured it.  I liked the descriptions of Paris and the fashions.  I enjoyed reading Suspects and I look forward to Danielle Steel’s next novel. Suspects is a gripping tale with crazed kidnappers, a keen CIA agent, a withdrawn widow, a creative sibling, a smarmy matchmaker, and a rare romance.

Suspects is available from Amazon*.  Danielle Steel has The Challenge coming out August 16, High Notes on October 11, The Whitters on November 22, and Without a Trace on January 3, 2023.  You can follow Danielle Steel on Amazon so you can receive an email when she has a new book release.  Thank you for stopping by today.  I want to share with you some of the other new books out today.  A few of the new books that were released today are:  His Amish Sweetheart by Jennifer Beckstrand, The Nurse's Secret by Amanda Skekandore, Dairy Dairy Quite Contrary by Amy Lillard (new series), A Hint of Mischief by Daryl Wood Gerber, Muddled Through by Barbara Ross, Finding Her Amish Home by Pamela Desmond Wright, Her Darkest Secret by Jessica R. Patch, Donut Disturb by Ellie Alexander, and A Chance to Heal by Vannetta Chapman.  There is something for everyone on this list (historical, cozy mystery, suspense, Amish romance).  Tomorrow I am sharing my thoughts on A Chance to Heal by Vannetta Chapman (it is amusing).  I hope that you have cheery day.  Take care, stay cool, and Happy Reading!