No One Can Know: A Stillwater General Mystery 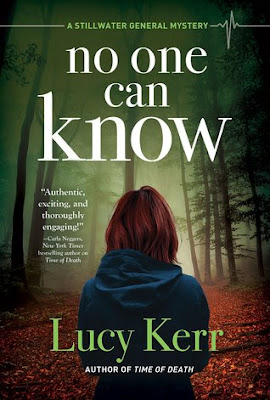 Happy Monday!  Dead Calm by Annelise Ryan will be published on February 27.  It is the ninth book in A Mattie Winston Mystery series (not a standalone book).

No One Can Know by Lucy Kerr is the second book in A Stillwater General Mystery series.  Francesca “Frankie” Stapleton has temporarily moved back home to Stillwater, Illinois to assist her family.  She has taken a part time job as an ER nurse at Stillwater General as well as working at family hardware store.  On a Tuesday evening, a man comes into the ER with a dislocated shoulder after a hitting a deer with his car.  Frankie is then pulled away to help with a trauma involving a pregnant woman who was severely injured in a car crash.  The staff safely delivers the baby (a little boy), but the patient passes away from her severe injuries.  The patient was Katherine Tibbs whose husband is running for Congress.  He is the local town hero who stopped a fire from destroying the business district when he was in high school.  When Frankie returns to her dislocated shoulder patient, he has disappeared.   It is then that Frankie realizes that her patient with the dislocated shoulder hit Katherine (not a deer) and he vanished on her watch.  Then they learn that the crash was not an accident.  Why was Katherine targeted?  Does it relate to her husband or her job as a social worker?  Frankie feels compelled to locate the killer.  The situation escalates when Baby Tibbs disappears from the hospital.  What is Frankie willing to do to find the baby and catch a killer?

No One Can Know can be read as a standalone novel.  The author provided Frankie’s history as well as a summary of what happened in Time of Death.  The mystery had potential, but it was not fulfilled.  With a woman is murdered, a baby stolen, political candidate, and a social worker, I expected the mystery to be complex.  I was hoping for a good twist or unexpected revelation.  Unfortunately, I accurately pegged the killer early in the story along with the reason for the crime.  I appreciate that Frankie is a strong, intelligent female character, but she seems to have a death wish in No One Can Know.  She repeatedly put herself into dangerous situations.  I lost track of the number of times (at minimum once a chapter) she was told to stay out of the investigation (Noah should have worked with her instead of fussing at her).  Frankie’s reason for looking in to the crime was weak.  There was also too much speculation (thinking, questioning, wondering) and reiteration of facts regarding the murder.  I do, though, like the author’s writing and the pace of the book (steady).  I enjoy the medical scenes which enhance the book, and they are not overly technical.  I am hoping that there will be some crimes centered in the hospital in future books.  I also enjoy the interactions between Frankie and her family especially her niece, Riley (she is very inquisitive).  The ending felt incomplete. Readers are left with unanswered questions.  A Stillwater General Mystery series has the capability of being a good mystery series with a few tweaks.  No One Can Know, unfortunately, only gets 3 out of 5 stars.

I hope you find my review helpful.  On Tuesday, I will be featuring Pressing the Issue by Daryl Wood Gerber.  The sixth book in A Cookbook Nook Mystery series.  I am now off to take my mother to the doctor. I am just hoping I can get her out of the house on time (I doubt it though since she dislikes going to the doctor).  Have a gorgeous day, take care and Happy Reading! 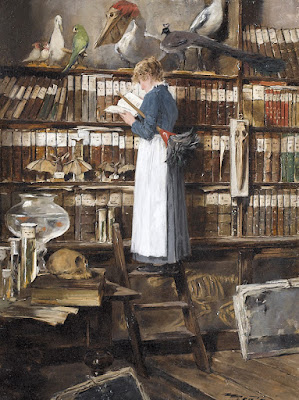