A Howl of Wolves: A Sam Clair Mystery 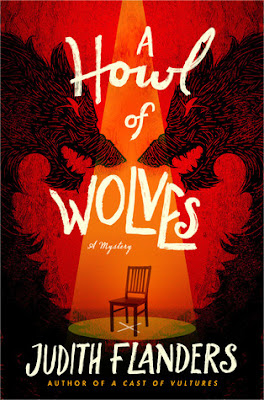 Happy Book Release Day!  Dead as a Doornail by Tonya Kappes, Fowl of the House of Usher by J.P. Ripley, The Dark Angel by Elly Griffiths, Fall of Angels by Beverly Cleverly, Charmed Bones by Carolyn Haines and A Howl of Wolves by Judith Flanders are a few of the new novels out on this day.

A Howl of Wolves by Judith Flanders is the fourth installment in A Sam Clair Mystery series.  Sam Clair and Jake Field are attending the opening night of The Spanish Tragedy in a West End theater.  Their neighbor, Kay and her son, Bim are in the production.  It is a macabre play with thirteen "deaths" and a lot of blood.  In the beginning of the second half, the curtain pulls back to reveal the tenth faux body, and everyone is shocked when it is not the dummy.  Someone has replaced the dummy with the play's director, Campbell Davison.  Jake, as a detective with Scotland Yard, is on the case.  But we all know that Sam cannot stay out of a mystery.  The more Sam digs into Campbell Davison's life, the more secrets she discovers.  He was not well liked by the cast and crew which adds to the suspect list.  Sam must work through the clues to catch the evildoer especially after he ups the game by taking an innocent.  Who is behind the murder of Campbell Davison?  Can Sam and Jake catch the culprit before he takes another life?

A Howl of Wolves is written in the first person, so we experience the story through Sam's eyes.  It was interesting to find out more about the life of a book editor.  There is more to the job than reading manuscripts (wouldn't that be a dream job) and, like with many jobs, there are politics at play.  I enjoyed the setting of London which gives this cozy a unique feel.  I would recommend reading A Murder of Magpies before embarking on A Howl of Wolves.  The author does not provide the necessary backstory on Sam.  I like that Sam is a smart, generous woman with a natural curiosity.  A Howl of Wolves is hard to get into (slow starter) and the pace does not improve.  Judith Flanders is good at misdirection.  She does send readers down a rabbit hole.  Unfortunately, the misdirection only works if the reader has not solved the mystery first.  I knew the who and why before I was a quarter of the way through the book (glaring clues).  The investigation was not active.  It involved more research than questioning.  There are pages devoted to Sam's thoughts on the case and speculation (which I started skimming through).  Bim was a cute character and the neighbors are lucky that Sam is a willing babysitter (not sure why, but she is).  I am giving A Howl of Wolves 3 out of 5 stars.  I am not the right audience for A Sam Clair Mystery series.  I suggest you obtain a sample to see if it is the book for you (we all have different preferences).  The other novels in A Sam Clair Mystery series are A Murder of Magpies, A Bed of Scorpions, and A Cast of Vultures.

I appreciate you visiting today.  On Wednesday, I will be featuring Dead as a Doornail by Tonya Kappes which is the fifth book in A Kenni Lowry Mystery series.  May you have a day filled with joy.  Take care and Happy Reading! 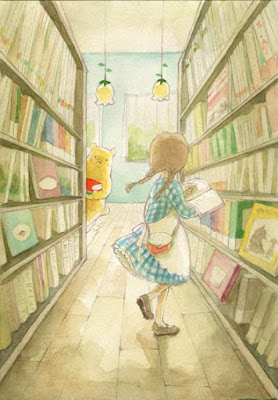