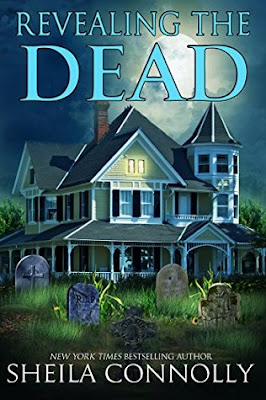 Greetings!  Heart of the Witch by Deanna Chase will be out on May 25.  It is the second book in Witches of Keating Hollow series.  A Passion for Haunted Fashion by Rose Pressey releases on May 29.  It is the sixth book in A Haunted Vintage Mystery series.  I really need more time to read.

Revealing the Dead by Sheila Connolly is the sixth installment in Relatively Dead Mysteries.  Abby Kimball is still contemplating what she wants to do career wise.  In the meantime, she is going to work on renovating the Victorian home she shares with New Newhall.  Abby decides to start with the tiny half bath on the first floor and contacts Maguire Plumbing.  After agreeing to do away with the unusable little room, Jack Maguire starts dismantling it.  Inside the back wall he finds an old wrench that belonged to his father.  Abby can tell that Jack got a psychic shock when he touched the tool, but he takes off before Abby can talk to him.  She wonders how the tool got left inside the wall and wonders if Jack Maguire has similar special abilities.  Through Ellie Walker, Abby is introduced to her new classmate, Danny Allen.  Ellie believes that the young autistic boy has abilities similar to her own and they can communicate in a special way.  When Abby gets an opportunity to meet Danny, she is surprised by the colorful visions she receives from him.  Abby begins by researching the Maguire family tree and then learns more about autism.   Abby soon learns that an incident from the past has startling implications for those in the present day.  Join Abby on her journey in Revealing the Dead.

Revealing the Dead is not a standalone novel.  Each book in the Relatively Dead Mysteries builds upon the previous one as Abby and Ned learn more about their special abilities.  It was nice to catch up with Abby and Ned in Lexington.  However, I am not thrilled with the direction the series has taken (too much science).  I find myself frustrated with Abby.  She has such a wonderful gift and she has failed to fully explore it.  Abby spent a significant amount of time researching in this story which slowed down the pace of the book plus there was a lack of action.  I thought the writing was stilted which is unusual for this author and there was too much repetition.  I felt that Revealing the Dead could have used polishing.  My favorite character is Ellie Walker.  She is a smart young lady who is open and accepting of her gift.  I like her inquisitive nature and her acceptance of others.  It was wonderful the way she stood up for Danny against bullies (it was handled very well).  I believe it is past time for her mother, Leslie to step up.  She needs to work on her relationship with Ned and Abby for Ellie’s sake.  The ending felt incomplete.  We are not told what decision Abby made regarding the Birch School.  I am hoping to see Abby’s character grow in the next book.  She has yet to complete anything since the beginning of the series.  It would be nice if there was less science and more paranormal.   I am rating Revealing the Dead 3 out of 5 stars.  I find the cover for Revealing the Dead to be delightfully spooky.  The other novels in Relatively Dead Mysteries are Relatively Dead, Seeing the Dead, Defending the Dead, Watch for the Dead, and Search for the Dead.

Thank you for visiting today.  I will be featuring Hair of the Dog by Carlene O'Neil next time.  It is the third installment in A Cypress Cove Mystery series.  May you have a blissful day.  Take care and Happy Reading! 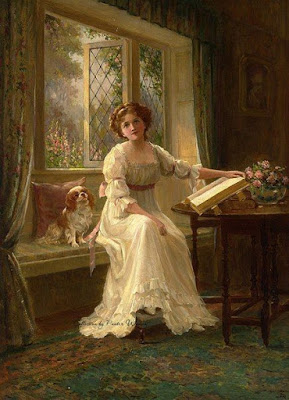