Hair of the Dog: A Cypress Cove Mystery 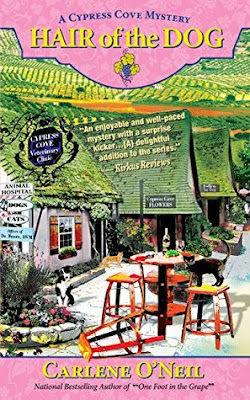 Good Day! Due to the new GDPR Regulations, I need to remind readers of my blog that you can unfollow/unsubscribe from my blog at any time.  I sincerely hope, though, that you will stay with me on my journey through books.  Buried Secrets by Barbara Cameron is out now.  It is the second book in Harvest of Hope series.  The Diva Cooks Up A Storm by Krista Davis will be out on May 29 along with Murder in Greenwich Village by Liz Freeland.


Hair of the Dog by Carlene O’Neil is the third installment in A Cypress Cove Mystery series.  Penny Lively lives in Cypress Cove, California where she owns Joyeux Winery.  Penny walks into the veterinarian clinic that her cousin, Annie Moore co-owns with Brian Grasser.  She overhears Brian accusing vet tech, Nicole of stealing medication.  Nicole is dismissed, and they hope they have seen the last of her.  The next day, Annie and Penny arrive at the clinic at the same time as Nicole who is picking up her last check.  Annie proceeds into the clinic ahead of Nicole and Penny.  The pair find Annie holding a knife over Brian with blood pooling on the floor.  There was no forced entry, the murder weapon belonged to Annie, and she had a $1 million-dollar motive (plus she was standing over Brian with the knife in her hand).  A distraught Annie asks Penny to investigate and find the murderer.  Penny knows Annie did not harm Brian and agrees to nose around.  There are a couple of suspects who could have committed the crime (Nicole, Claire, Dot) and the people leasing space from Annie and Brian for their rabies vaccine research have been acting secretive. When a second person connected to Annie turns up dead, Penny knows she must work quickly before the killer strikes again.

Hair of the Dog can be read as a standalone.  Penny’s background is provided for readers.  The book is nicely written, but I found it to be a slow starter.  It is just the right length for a cozy mystery (300 pages).  The mystery has several components and the author provided good misdirection.  There were just the right number of suspects and each had a good motive.  Chief Lucas continually tells Penny to stay out of the investigation, but Penny is dogged (she is very nosy) in her pursuit of the killer (she cannot help herself).   I did notice that he did not mind the information she provided him.  It was interesting to find out more information about how a winery operates.  The author provides beautiful descriptions of the vines, the buildings and the town.  Penny is romantically interested in Connor, the manager of her winery.  There was some flirting between them, but we will have to wait and see how their relationship develops.  There are good characters in Hair of the Dog and the author has developed them as the series progresses. There are plenty of cozy moments with food, wine, chatting with friends, and the events that take place at Joyeux Winery.  I am giving Hair of the Dog 3.5 out of 5 stars.  The first two books in A Cypress Cove Mystery series are One Foot in the Grape and Ripe for Murder.

Thank you so much for stopping by today.  I hope I have helped you find a new book to add to your ever expanding TBR pile.  I will be reviewing Beaches, Bungalows and Burglaries by Tonya Kappes on May 25.   On May 26, I will be featuring Together Forever by Jody Hedlund.  May you have a resplendent day.  Take care of yourself and Happy Reading! 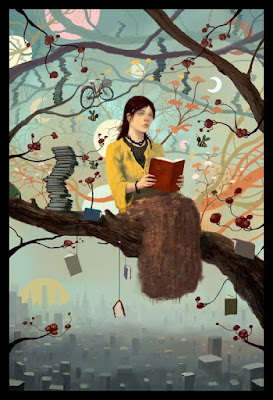