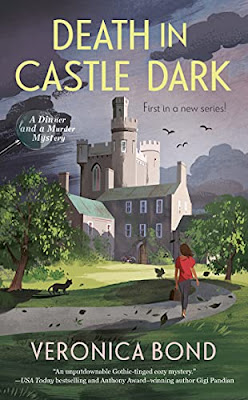 Actor Nora Blake finds her dream job when she is cast in a murder-mystery troupe that performs in an imposing but captivating old castle. When she stumbles upon a real murder, things take a nightmarish turn in this first book in an exciting new series.
Maybe it was too good to be true, but when Nora Blake accepted the job from Derek Corby, proprietor of Castle Dark, she could not see any downsides. She would sink her acting chops into the troupe’s intricately staged murder-mystery shows, earn free room and board in the fairy tale–like castle, and make friends with her new roommates, which include some seriously adorable kittens.
But something sinister lurks behind the walls of Castle Dark. During Nora’s second performance, one of her castmates plays the part of the victim a little too well. So well, in fact, that no one can revive him. He has been murdered. Not ready to give up her dream gig—or to be the next victim—Nora sets out to see which one of her fellow actors has taken the role of a murderous real-life villain. 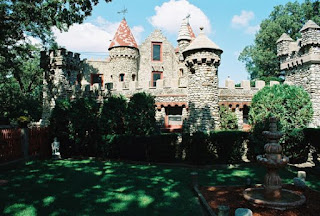 Veronica Bond is the pseudonym for Julia Buckley, a beloved author who has taught high school English for twenty-nine years. Her previous series include the Undercover Dish mysteries and the Writer’s Apprentice mysteries.  Julia also writes A Hungarian Tea House Mystery series. She currently resides in Chicago, Illinois. 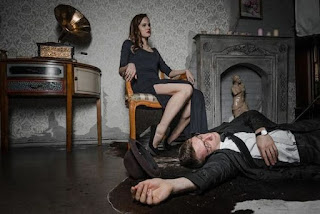 Death in Castle Dark by Veronica Bond has Nora Blake joining the murder mystery troupe at Castle Dark in Wood Glen, Illinois.  Nora loves that she gets to live in the beautiful castle with a library right next to her bedroom.  During Nora’s second performance, she loses one of her ruby earrings which are part of the plot.  Nora retraces her steps to the chapel where she is shocked to find one her fellow actors dead on the floor.  Nora wonders which one of the castle residents committed the evil deed. 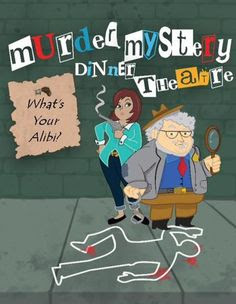 Death in Castle Dark is the debut of A Dinner and a Murder Mystery series.  I love the premise for this series of murder mystery dinners held in a gorgeous yet dark castle.  It is unique and fun.  Nora Blake is our protagonist. Nora has been trying to succeed as an actress in Chicago with mixed results.  This job includes room and board which is a blessing.  I wish Nora were a stronger character.  I wanted her to be brave and curious.  I like that we get to know her family and Nora’s background.  We also get to meet her fellow thespians, the cook, co-owners of Castle Dark, and the handsome Detective John Dashiell. I loved Castle Dark.  The vivid descriptions allowed me to visualize what it looked like.  Who can resist a European castle with hidden passages and a large library?  It has a great gothic atmosphere which is perfect for a mystery.  The murder of one of the theater troupe is straightforward.  A spooky hidden passage along with some creepy incidents add to the gothic atmosphere.  I wanted Nora to be curious about the murder (I mean she did find the body) and jump right into investigator mode.  She stumbles upon some clues and is involved in some chilling incidents.  Nora does share information with Detective John “Dash” Dashiell whom she finds attractive.  I like that we get to learn more about the cast (and their possible motives).  The identity of the killer and the reason why can be discerned before the reveal.  I enjoyed the spooky atmosphere and how the mystery was laid out.  I could have done with more action which would have helped the pacing.  Death in Castle Dark has a great atmosphere and some interesting characters.  I loved Hamlet, the castle’s dog, and an important member of the cast.  Another fun addition was the three Bronte kittens with their adorable antics.  I am curious to see what happens next time at Castle Dark.  Death in Castle Dark is a spooky tale with a creepy costume, a displaced dagger, cavorting kittens, a dashing detective, clandestine corridors, and a malicious murderer. 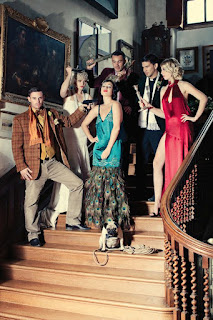 Death in Castle Dark is available from Amazon*  It is the debut of A Dinner and a Murder Mystery series.  You can follow Veronica Bond here so you receive emails when she releases a new book.  Thank you for stopping by today.  I will be back tomorrow with An Amish Schoolroom by Amy Clipston, Kathleen Fuller, and Shelley Shepard Gray.  I am to work on a planter (I have two different ones--I am not still working on the same one).  I was surprised that the planter did not come with an insert (plastic to protect the metal).  I also need to call to get the roofer back out to repair one of our gutters (this is my second attempt).   With all the rain we have been having in Florida, the bottom part flew off the other night.  I do not believe that should happen.  I hope that you have a lovely day.  Take care, be kind, and Happy Reading! 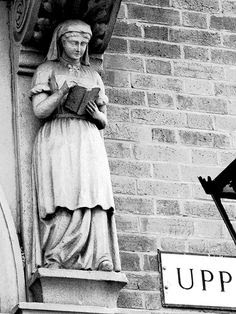