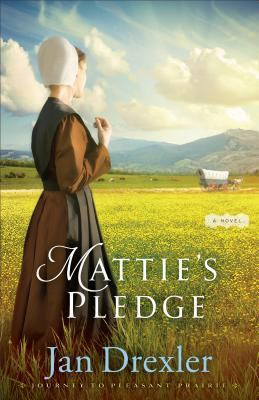 Hello everyone!  Today was dog washing day in my house.  I started with Tuxxe, our Chihuahua.  He is the hardest to get into the tub.  You have to catch him unawares, grab him quickly (with a thick towel), and the hustle him to the tub (and avoid his teeth). Tuxxe has mellowed considerably over the years, but, on the subject of baths, he has not changed.  He detests them.  Thankfully, he is small and quickly washed.  Drying him is equally challenging. I throw a towel over him and give him a few quick rubs before he starts growling (avoid the teeth at all costs).  He then takes off so he can receive comfort from my mother (she says to him "Was Mommy mean?  Did she make you take a bath?  Grandma wouldn't do that to her little baby!). Doozy has to be pushed, shoved, and dragged towards the tub.  He is an angel wants you get him into the tub.  Wolfie is the easiest to get into the tub.  I tell her bath time and she reluctantly heads for my bathroom.  When we are done, she quickly exits to shake water all over the house!  We tried groomers when they were younger, but it was not a success. Wolfie was petrified the whole time (she also hates the car) and no one wanted to touch Tuxxe (can you blame them).  You do not want to know what Doozy did!

Mattie’s Pledge by Jan Drexler is the second book in Journey to Pleasant Prairie series.  Mattie Schrock lives with her family in Brothers Valley, Pennsylvania.  It is April of 1843 and the family is getting ready to move again.  Mattie’s father wishes to move further west and has decided upon Indiana (near a new Amish settlement).  Mattie is excited about the move.  She wants to keep going further west to see what it out there.  She would really love to see the mountains.  Mattie is also looking forward to seeing Jacob Yoder again.  The Yoder family is joining them on the trip to Indiana.  Andrew Bontrager (twenty-four) is relocating with his family to Indiana (the more the merrier on this type of trip, plus it is safer for all involved).  Andrew is not ready to join the church or settle down.  He flirts with all the girls.  The families start out on their trip to their new home.  Things go well until one night Jacob spots someone trying to steal a horse.  They guy takes off, but they will need to be very vigilant.  They soon notice three men following them.  It is the Bates Brothers—Cole, Hiram, and Darrell.  Cole is in charge and is determined to get the quality Amish horses (they will fetch more money).  Cole has also taken a fancy to Mattie.  Cole is planning on going further west which intrigues Mattie.  Mattie will need to make a choice about her life.  Will Mattie join the Amish church and settle down with Jacob or take off with Cole on a new adventure? What will Mattie decide?  Will the families make it to Indiana unscathed?  You will have to read Mattie’s Pledge to find out what happens!

Mattie’s Pledge starts off slowly (the snails were passing me by).  I liked the addition of the Bates Brothers.  It added a little excitement to the story.  In was interesting to read about the families’ attitude towards the thieves.  Mattie’s Pledge is basically a predictable romance story with a Christian theme (there is nothing wrong with romance book).  While it is the second book in the series, it can be read alone (the reader is updated on what happened in Hannah’s Choice, and we get to revisit the characters from it as well).  The book has good descriptive writing, but it needed something more to make it more interesting/entertaining.  I just did not find it engaging (it was predictable).  I give Mattie’s Pledge 3.5 out of 5 stars.  One thing that I found difficult was keeping all the characters straight.  I have given you just an overview.  There are more characters that are mentioned in the book (I just starting keeping track of only the main characters to make it easier).

Mattie's Pledge comes out on Tuesday, September 20.  The first book in Journey to Pleasant Prairie series is Hannah's Choice.  I received a complimentary copy of Mattie’s Pledge from NetGalley and the publisher in exchange for an honest review.  The comments and opinions expressed are strictly my own.

I hope you will return tomorrow for my review of The Wish by Beverly Lewis.  May all of you have a satisfying evening!  I am going to enjoy my dinner and finish The First Gift by Ruth Logan Herne.  Take care and Happy Reading!


Posted by Kris Anderson, The Avid Reader at 6:47 PM