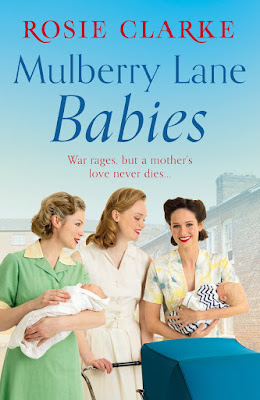 Welcome!  Mulberry Lane Babies, which is the third novel in the Mulberry Lane series, is now out in paperback.  Rosie Clarke is happily married and lives East Anglia, England.  Writing is her passion, but she finds time to read, watch films and enjoy holidays in the sunshine.  Rosie is drawn to pretty shoes (I have an affinity for cute Converse hi-tops myself) and adores animals especially dogs and squirrels.  Readers can connect with Rosie Clarke on Twitter and Facebook. 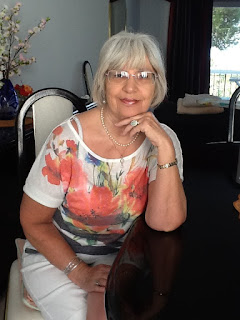 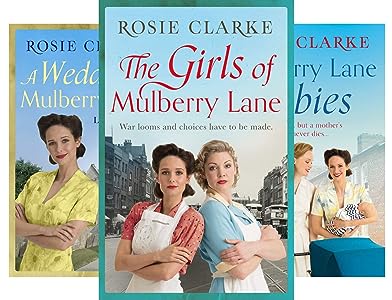 Mulberry Lane Babies is well-written with steady pacing.  I like the authors conversational writing style.  I was immediately drawn into the story and it held my attention throughout.  I do recommend reading the series in order.  Each book in The Mulberry Lane Series builds upon the previous one.  Rosie Clarke has crafted lovely characters for her series.  They are realistic and well-rounded.  There are characters to love and there are characters that you will dislike (intensely).  My favorite characters are Peggy, Maureen, Janet, Tommy and Anne.  They are warm, friendly, thoughtful people and I wish they were my neighbors.  Peggy is the mother figure and confidant for the residents of the lane.  I like that we get to know Anne more in Mulberry Lane Babies. Tommy continues to grow into a responsible, hardworking and caring man.  The East End was brought alive for me with the descriptions of the shops, home and area.  We are given a realistic picture of life for those at home during World War II.  Rationing is increasing and items are in scarce supply which we see in this book.  While America is just entering the war, England has been at war since 1938.  The author did an admirable job at handling some difficult subject matter (a woman being attacked).  The residents of Mulberry Lane have each other to rely on during these dark days.  The characters feeling/emotions come through the pages along with the grittiness of the war.  I like how the author balances the difficulties with the joy.  There may be a war going on, but they have their friendship, their families, weddings, and new babies. The Mulberry Lane Series would make a wonderful television program on PBS.  I cannot wait for my next to journey to Mulberry Lane. 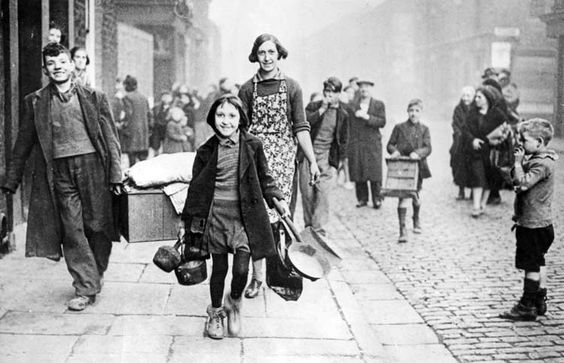 After she’d served the other customer, Anne looked across the room and saw that Kirk’s friend had got up and was leaving with the girl from the next table. ‘It looks as if your friend is going.’

Kirk frowned. ‘He’s had rather a lot to drink this evening. I ought to have warned her.’
‘Someone should,’ Anne remarked. ‘Ellie Morris is married… silly girl. She comes in quite often and I’ve seen her drinking with strangers, mostly soldiers. Her husband would be furious. If she keeps doing it she will have everyone gossiping about her.’
‘Yes.’  Kirk turned, watching as his friend left.  Several more of the customers were leaving and he glanced at his watch, noticing that it was late. ‘Can you come and sit with me while I drink my beer? Or shall I bring my glass to the bar?’
‘Well, I’ve got a few tables to clear. I’ll come and talk to you for a minute,’ Anne said. ‘You’d better drink up or it will be last orders.’
‘I’m not too bothered about another one,’ he said. ‘Are you off soon?’
‘Yes, when I’ve finished clearing up.’
‘Where do you live?’
‘At the other end of Mulberry Lane.’
‘Can I walk you home when you’ve finished – perhaps make a date for another evening? I’d like to go dancing or to the flicks, if you’re interested?’
Anne hesitated and then nodded. ‘Yes, I think that would be very pleasant – is it Sergeant Ross?’
‘Yes, just got my stripes, but call me Kirk,’ he said. ‘My promotion is the reason we were celebrating. Look, you get on with your work and then I’ll walk you home and we’ll have a chat.’
‘Yes, all right, see you later…’
Anne smiled and went off to catch up with her jobs. Peggy had called time and everyone was finishing their drink. She was feeling the thrill of anticipation as she took the last tray of glasses to the kitchen and then fetched her coat. Kirk was as interesting to talk to as he’d first appeared and she was looking forward to getting to know him a little better.
Kirk was waiting for her when she came back with her coat on. He smiled at her and nodded as she took his arm.
‘You said you lodge at the end of the lane?’
‘I’ve just moved in,’ Anne said. ‘It’s nearer to where I work – and my friends are here.’
‘It was lucky for me,’ Kirk said. ‘We might not have met if you hadn’t come into Uncle Bob’s shop this afternoon…’
‘No, I suppose not,’ Anne said, glancing at him curiously. He was so good-looking and she liked his smile and his way of saying what he meant straight out; in fact, she liked everything about him.
They said goodnight to Peggy, who was getting ready to lock up, and left the pub together, walking side by side up the lane.
‘I’d really like to see you again, Anne. Do you have to work every night – or could we go out some nights?’ 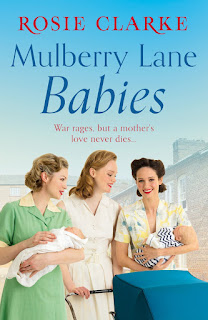 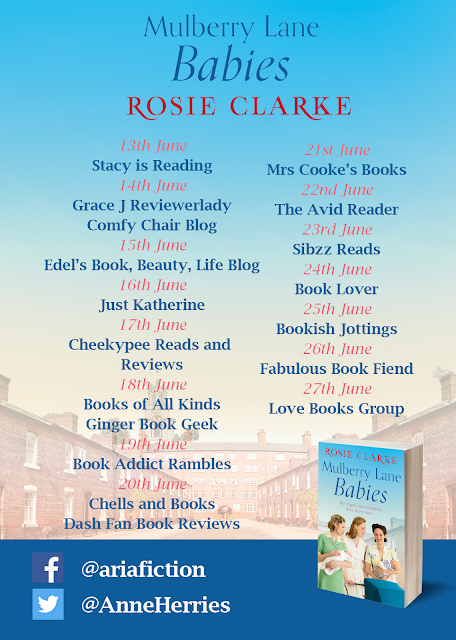