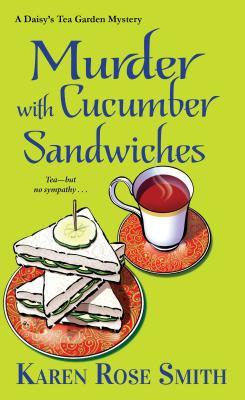 Good Day!  Sweet Tea and Secrets by Joy Avon comes out on June 11 along with Mrs. Everything by Jennifer Weiner.  Murder's No Votive Confidence by Christin Brecher releases June 25 with Left Fur Dead by J.M Griffin and Clause & Effect by Kaitlyn Dunnett.  Plain Truth by Susan Simpson publishes on June 30.  It is the third book in the Plainly Maryland series. 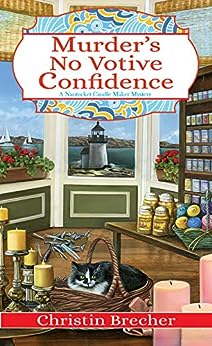 Murder with Cucumber Sandwiches by Karen Rose Smith has readers enjoying March in Willow Creek, Pennsylvania.  Daisy Swanson and her aunt, iris co-own Daisy’s Tea Garden where they are preparing for a visit from food critic and blogger, Derek Schumacher.  He is widely known for his malicious reviews which has everyone at the tea garden on edge.  Derek eats and drinks heartily from the offerings and even gets a to-go order of Daisy’s cucumber and pimento sandwiches.  The next day, Detective Morris Rappaport arrives just as they are opening to question the staff about the death of the critic who perished after eating his take home munchies.  When words leaks out, business at the tea garden drops dramatically.  Daisy needs to serve up the killer before her business expires.

Murder with Cucumber Sandwiches is the third book in A Daisy's Tea Garden Mystery series.  I recommend reading the series in order to avoid confusion (there are a number of characters and ongoing personal situations).  Karen Rose Smith has a relaxed writing style which makes for an easy to read story.  I like the various characters that include the kindly Aunt Iris, the kitchen manager Tessa Miller, Foster Cranshaw, Jazzi, Violet, Daisy’s Amish best friend Rachel and various townspeople.  While Daisy is busy looking into Derek’s death, she is also dealing with personal drama at home and at work.  Foster Cranshaw, an employee & her social media expert, is acting unlike himself and needing extra time off.  He refuses to tell Daisy what is bothering him.  Jazzi, Daisy’s teenage daughter, wants to have a close relationship with her biological mother, Portia.  First, though, Portia needs to come clean to her husband about Jazzi.  Sean, Daisy’s father, has concerns and needs some helpful advice.  Jonas Croft, Daisy’s boyfriend, is not happy when Daisy cancels plans with him for Violet (Daisy’s eldest daughter).  Daisy wonders if Jonas is the right man for her.  Violet has some important news to share with Daisy and it is going to change all of their lives.  There is a regular customer interested in dating Iris, but first he needs to work up the nerve to ask her out.  Murder with Cucumbers Sandwiches is heavy personal drama and light on mystery.  There are multiple suspects for Daisy to question in her attempt to identify Derek’s killer.  Detective Rappaport wants to keep her nose out of the investigation (as he tells her several times).  I do wish the author had put more work into the mystery and had made it the focus of the story.  My favorite quote from Murder with Cucumber Sandwiches is “children give us hope that a new generation will treat the world more kindly than we did”. There are recipes at the end for dishes mentioned. Murder with Cucumber Sandwiches is a light cozy mystery with an unpleasant food critic, a jittery employee, a tearful teen, a hopeful beau, delectable delights, two affectionate felines, tasty tea, and a worried mom with a penchant for sleuthing.
The fourth book is Murder with Cherry Tarts which comes out November 26.  The other novels in A Daisy's Tea Garden Mystery series are Murder with Lemon Tea Cakes and Murder with Cinnamon Scones.  Thank you for joining me today and reading my review.  Tomorrow I am featuring The Right Sort of Man of Allison Montclair (great characters).  Take care, stay cool and Happy Reading! 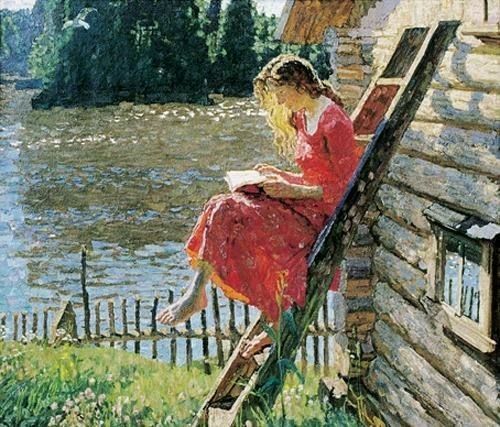