The Farmer's Bride by Kathleen Fuller 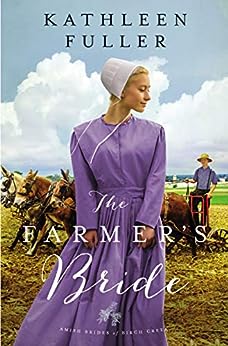 Good Day!  Sweet Tea and Secrets by Joy Avon, A Crafter Hooks a Killer by Holly Quinn and Mrs. Everything by Jennifer Weiner come out tomorrow, June 11.  Died in the Wool by Melinda Mullet releases on June 18 along with Amish Outsider by Marta Perry.  There are too many great books coming out this month.
The Farmer’s Bride by Kathleen Fuller returns readers to Birch Creek.  The Yoder’s family finances have improved since Freeman became the bishop, but Seth Yoder remembers the hard times the family suffered, and it is something he never wishes to experience again.  He works the family farm alongside his father and brothers, but his true passion is woodcarving.  He has a secret shed in the woods where he spends all his spare time working on improving his craft.  Martha Detweiler is the only single woman left in their small community which has the single men pursuing her with date requests.  Martha finds it overwhelming and, when the men descend on her home to ask her to Ruby’s scavenger hunt, Martha escapes to seek refuge at Cevilla Schlabach’s.  Cevilla comes up with what she calls “Plan B” which requires the assistance of Seth Yoder, the only man not clamoring after Martha.  She believes the pair should pretend they are dating which Cevilla hopes will lead to a permanent match.  But then Delilah Stoll moves to town with her son, grandson and granddaughter.  Delilah wants her grandchildren to be happy which equates to marrying them off to Martha and Seth.  This puts a crimp in Cevilla’s plans and she is not about to be thwarted by the newcomer.  Martha and Seth now face a new dilemma and Plan B is looking like a good option.  Will the young people be able to outwit the matchmakers?  What does God have in store for them? 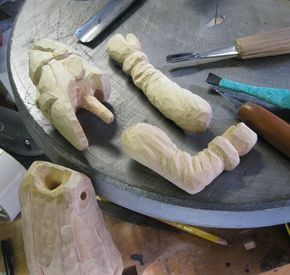 The Farmer’s Bride is the second delightful book in An Amish Brides of Birch Creek series.  I recommend reading The Teacher’s Bride first.  It gives you the backstory on Cevilla and Richard, the town and how Chris and Ruby came to be together.  I thought The Farmer’s Bride was well-written (as are all of Kathleen Fuller’s books) and it proceeded at a steady pace.  It has charming characters and a lovely setting (I would like to live in Birch Creek).  I thought the characters were realistic and I could feel their emotions plus their struggles.  Cevilla Schlabach is a hoot.  She gets an idea into her head and there is no stopping her.  Richard is the perfect companion for Cevilla, and his comments are humorous.  It will be interesting to see if Richard can give up his modern conveniences.  Cevilla meets her match when Delilah Stoll moves to town.  Delilah is a determined woman who steamrolls over anyone who gets in the way of her goal.  Delilah and Cevilla butting heads had me chuckling.  I liked how Martha enjoyed learning new things (like tying nautical knots) and working on puzzles.  I completely agreed with the comment “There’s something gratifying about completing a challenge”.  I had to smile when I heard soda referred to as “pop”.  I had not heard that phrase since I lived in Ohio (I got teased for using it when I first moved to Florida).  It was hot in Birch Creek (like it currently is in Florida) and I could relate to Cevilla saying it is “hotter than a pat of butter melting in a frying pan”.  The Christian elements are beautifully incorporated into the story with emphasis on having a strong faith, relying on God, forgiveness of others and oneself, and the importance of prayer.  The Farmer’s Bride is an amusing Amish tale that I did not want to end (but then I was eager to see how it ended).  I am impatiently waiting for the release of the next An Amish Brides of Birch Creek Novel to revisit Birch Creek and see what is in store for Selah Ropp. 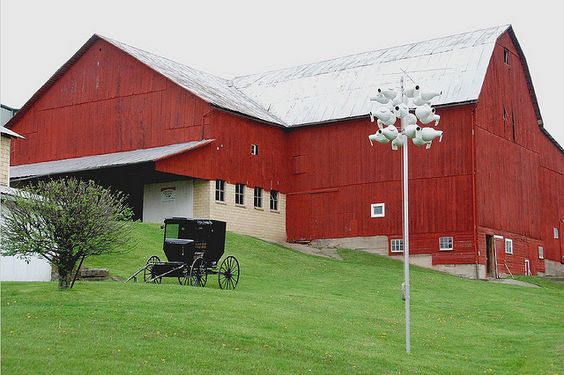 Thank you for reading my review.  I will be showcasing A Crafter Hooks a Killer by Holly Quinn tomorrow as part of the Great Escapes Virtual Book Tour.  I will be sharing a recipe from Sammy Kane (main character in the book) and there is a giveaway.  May you have a joyful day.  Take care and Happy Reading! 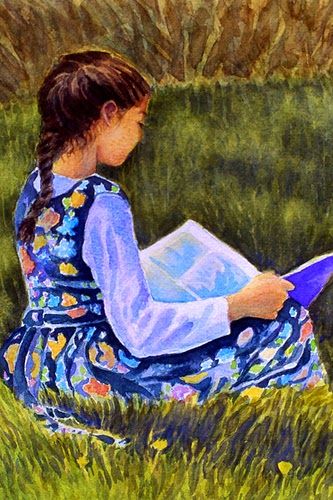