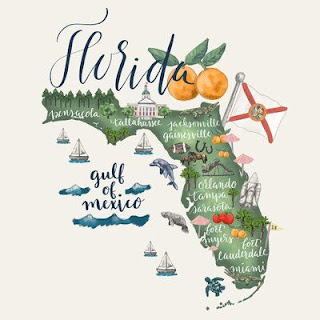 About Grounds for Murder 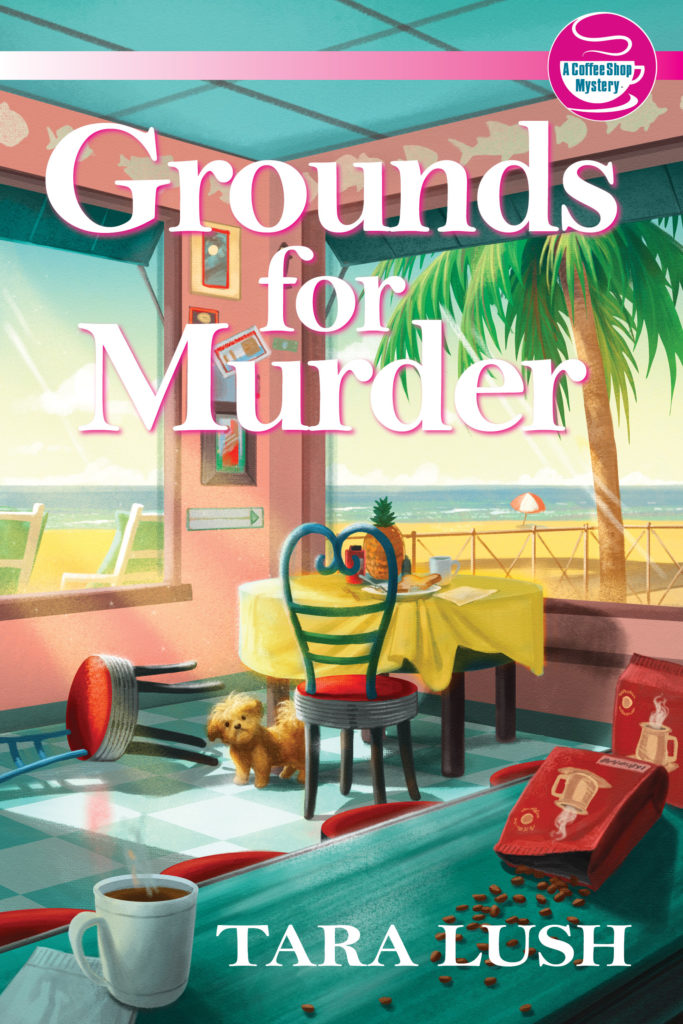 When Lana Lewis' best -- and most difficult -- employee abruptly quits and goes to work for the competition just days before the Sunshine State Barista Championship, her café's chances of winning the contest are creamed. In front of a gossipy crowd in the small Florida town of Devil's Beach, Lana's normally calm demeanor heats to a boil when she runs into the arrogant java slinger. Of course, Fabrizio "Fab" Bellucci has a slick explanation for jumping ship. But when he's found dead the next morning under a palm tree in the alley behind Lana's café, she becomes the prime suspect.

Even the island's handsome police chief isn't quite certain of her innocence. But Lana isn't the only one in town who was angry with Fabrizio. Jilted lovers, a shrimp boat captain, and a surfer with ties to the mob are all suspects as trouble brews on the beach.

With her stoned, hippie dad, a Shih Tzu named Stanley, and a new, curious barista sporting a punk rock aesthetic at her side, Lana's prepared to turn up the heat to catch the real killer.

After all, she is a former award-winning reporter. As scandal hangs over her beachside café, can Lana clear her name and win the championship -- or will she come to a bitter end? 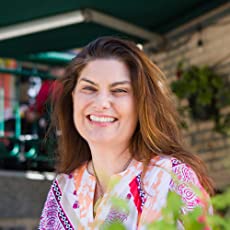 Tara Lush is a Rita Award finalist, an Amtrak writing fellow, and a George C. Polk Award-winning journalist. For the past decade, she's been a reporter with the Associated Press, covering crime, alligators, natural disasters, and politics. She also writes contemporary romance set in tropical locations. A fan of vintage pulp-fiction book covers, Sinatra-era jazz, and 1980s fashion, she lives with her husband and two dogs on the Gulf coast. 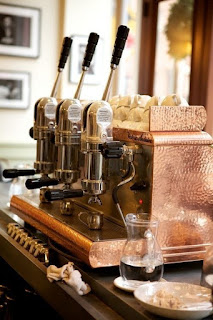 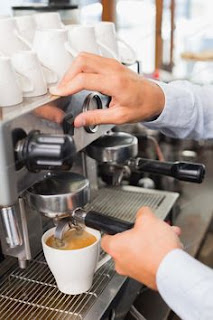 Grounds for Murder by Tara Lush has Lana Lewis back home in Devil’s Beach, Florida after a series of setbacks.  She is now the manager of the family coffee shop, Perkatory.  Lana has entered herself and employee Fabrizio “Fab” Bellucci in the Sunshine State Barista Championship.  With Fab at the helm, Lana is sure Perkatory will take home the prize.  Then Fab quits and goes to work for the competition leaving Lana high and dry.  Lana takes out her anger out on Fab at Island Brewnette in front of a crowd.  The next day, Lana finds Fab dead behind Perkatory.  The forensics point to suicide.  Lana knows that Fab would not harm himself and wants to prove he was murdered.  Lana puts her investigative journalist skills to work tracking down Fab’s killer.  Can Lana find the guilty party, or will she end up the next victim?  Grounds for Murder is the debut of A Coffee Lover’s Mystery series.  I like that the author took the time to establish the town and our main character.  I enjoyed the vivid descriptions of Devil’s Beach (I want to visit).  The words describing the coffee will have you heading to your local coffee shop for a caffeine fix.  The mystery was interesting with multiple suspects and few clues (best type of mystery to solve). We follow Lana as sets out to prove Fab was murdered and find out who killed him.  I could have done with less of Lana’s thoughts regarding Noah Garcia (how handsome he is, his big muscles, how good he smells).  I prefer a more subtle romance that plays out over the course of the series. I do like the chemistry between Noah and Lana.  I am curious to see how their relationship will progress.  Grounds for Murder is an entertaining start to A Coffee Lover’s Mystery series.  Grounds for Murder is a fun lighthearted cozy mystery with creative coffee art, a precious puppy, a laid-back dad, an eye-catching police chief, a curious crime, and jaded journalist. 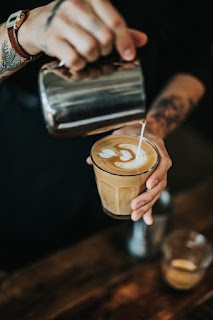 I gripped the bowl-shaped mug in my left hand so hard I thought it might crack, then eased off and took a deep breath.  The aroma of rich, heady coffee hit my nose. I almost swooned.

“The espresso’s perfect,” I murmured, more to myself than anyone else. “Here comes the froth.”

In my right hand, I held a stainless-steel pitcher filled with steamed milk. I hesitated for a second, and my café’s best barista inched closer. I gave him a side-eye and leaned away, in the direction of the counter.

“Sorry, Lana. Didn’t mean to violate your personal space.” Fabrizio Bellucci was from Milan. He was something of a coffee celebrity because of his artfully designed lattes, but also for his shirtless selfies snapped on the white Florida sands two blocks from our coffee shop. 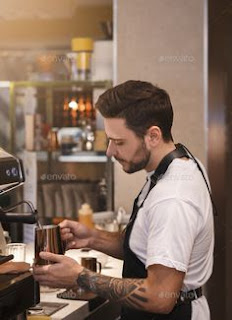 “Pour the milk in the center,” he said in that velvety Italian accent. “Slow. Lento. Slow. I say that to all the women, by the way.”

I rolled my eyes. He wasn’t hitting on me. That was just Fab. He gently flirted with every woman aged eighteen to eighty. Sometimes it was charming, other times hilarious, and occasionally, like when I practiced my latte art, it was mildly annoying. But I tolerated his quirks because he was a java genius.

“Fab. Focus. I need to learn this if we’re going to be a team for the contest.”

“We’re going to be the perfect team. I promise. You’ve been doing so well. And there’s still a couple of weeks to practice. You’ve got this.” He gestured toward the cup with a smile. I had to hand it to Fab; he was encouraging and loyal, despite his wandering eye. 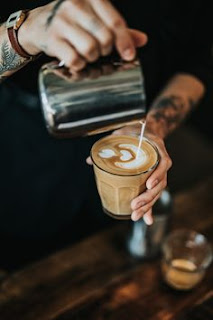 The jangle of bells erupted over the strains of Fleetwood Mac playing on the internet radio. Just last weekend, I’d unearthed four tarnished gold bells at a yard sale. After a bit of elbow grease, I attached them to a weathered fisherman’s rope, then hung the whole arrangement on the front door so we could hear people coming and going.

Fab moved away, toward the register, while gesturing wildly. “Keep at it. You’ve got the soul of an artist. Let it out, Lana.”

I cracked a grin while drizzling the milk into the espresso. There was a time, not too long ago, that I was a hotshot journalist pursuing a Pulitzer prize in Miami and married to a handsome network news anchor. Now, I was an aspiring latte artist on the island of Devil’s Beach, the princess of Perkatory.

Okay, well, the manager of Perkatory. That’s the name of my family’s coffee shop, and it’s the coziest café on the Florida Gulf coast. The name might refer to the underworld, but I aimed for a heaven-on-earth vibe.

Or maybe I’d decorated this way because I was the one in need of salvation. A plausible conclusion after everything I’d been through over the last year. 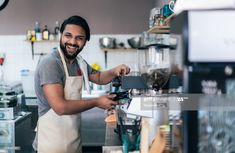 Perkatory was decorated in hues of weathered wood with sky blue accents, and nearly every tourist who stopped by took tons of photos. The regulars smiled the second they walked in. You could see their shoulders lower, the stress ebbing from their bodies.

The coffee shop was a welcome respite on our bustling island, which was jam-packed with festivals, quirky local boutiques, and a plethora of outdoor activities that left both locals and tourists in need of a relaxation station.

And yet despite my interior decorating skills, pretty lattes eluded me. My wrists felt like they were forged from tin and lubed with oil every time I attempted to rotate the mug and drizzle the milk into a heart-shaped pattern.

Today, when finished, I set the pitcher down and scowled at the design.

“Looks like a poop emoji.” I looked up, searching for Fab. He was a few feet away, tending to a customer. I walked over to see him grinning at a woman with short, jet black hair interspersed with deep blue streaks.

“Welcome to Perkatory.” I put the warm mug on the counter. “I’m practicing my latte art, so this one’s on the house. Just made it. If you’re in the mood for coffee, that is.” 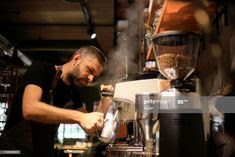 She glanced down, and to my relief, didn’t laugh at my creation. “Sweet!”

I expected her to grab the drink and leave, but instead, she dug around in a black cross-body satchel and pulled out a five-dollar bill. She stuffed it into the tip jar and smiled. “Thanks for the free drink. I know what it’s like to be a barista.”

“Appreciate the tip. You here on vacation?” That’s what I loved about running my family’s coffee shop — I could chat with folks all day, every day. People shared the craziest details about their lives, and I loved every conversation and bit of island gossip. It was like being a reporter, only without the deadlines and the writing. But I tried not to think about that part, because I missed storytelling so much. Heck, I even missed deadlines.

“Nope. Just moved here. Living over at the marina in a sailboat, looking for a job. You know of anything in a restaurant or bar?” The woman took a sip and her eyebrows shot up. “Girl, this is some great coffee.”

I shrugged modestly. “We buy quality beans from around the world here at Perkatory. My foam art, though, that’s the hard part. At least for me. Fabrizio here been trying to teach me his mad skills.”

He crossed his arms and beamed. I suspected he posed like this because it showed off his muscular, tanned biceps that strained the sleeves of his T-shirt. “She’s an excellent student.” 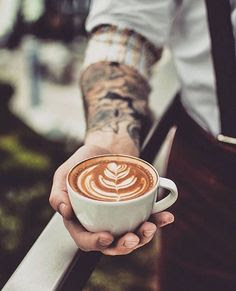 The woman took another sip. A faint mustache of frothed milk clung to her top lip for a second, until she swiped her tongue to make it disappear. “I could probably explain a few shortcuts. I used to teach foam art to new baristas in Seattle. I ran classes.”

She mentioned a well-known coffee chain. My eyes widened. “No way. Really? Could you teach me?”

“Sure. Why’s it so important to learn, anyway? Your coffee’s great enough as is. You don’t need the bells and whistles.”

“Well, for one, it’s good for business. Customers love latte art. And we’re competing in the Sunshine State Barista Championships. It’s being held on Devil’s Beach in two weeks. I’d really like to win. We need some great publicity for the shop.” I didn’t say that I also wanted to win because it would prove I was good at something. Ever since I was laid off from the newspaper, I’d felt like a total failure. Coming home seemed like admitting defeat. 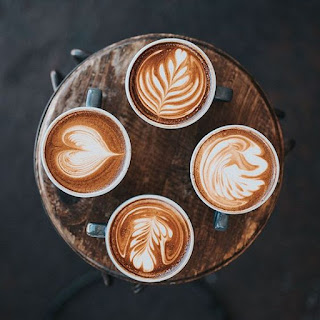 Are you ready to read Grounds for Murder?  Grounds for Murder is available from AMAZON, KOBO, BARNES AND NOBLE, ITUNES, and INDIEBOUND.  As part of the tour, Tara Lush is hosting a giveaway for a $20 Amazon Gift Card.  Click here to enter or use the Rafflecopter form below.  Leave a comment for an extra entry.  Good Luck!  Thank you for visiting today.  I will return tomorrow to feature Covert Amish Christmas by Mary Alford.  I hope that you have a joyful day.  Take care, be kind, and Happy Reading! 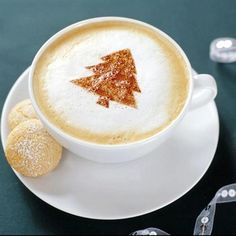 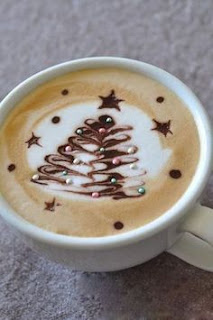 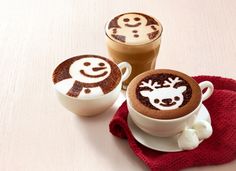 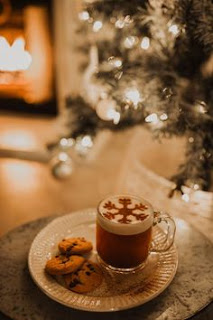 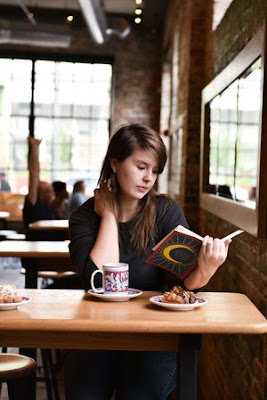