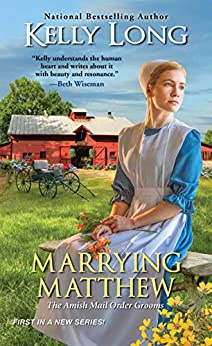 Marrying Matthew by Kelly Long has Tabitha Stolfus advertising for a mail order groom.  Tabitha is heir to her father’s lumber and woodworking company which is prominently known in Blackberry Falls, Pennsylvania.  Her father wishes her to marry and has paraded a variety of eligible men in front of Tabitha.  Tabitha is determined to marry under her terms which is why she placed the advertisement.  She wants a groom who is unaware of her father’s business.  Matthew King responded to the ad and will be arriving that day.  Matthew is a woodworker who wishes to learn from her father, John Stolfus. It is a fact that he failed to disclose to Tabitha in their letters.   When Matthew arrives, they marry immediately while John is out of town.  Matthew wants them to spend time getting to know each other before consummating their marriage.  While townspeople welcome Matthew and congratulate the newlyweds, workers at Stolfus Lumber and Woodworking are less than thrilled.  A series of incidents begin to happen that end up with Matthew becoming injured.  Someone seems determined to eliminate the new groom.  Will Tabitha end up a widow before her marriage can truly begin? 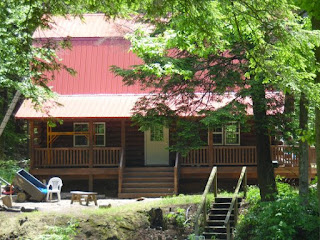 Marrying Matthew by Kelly Long is the first book in The Amish Mail Order Grooms series.  Marrying Matthew not your typical Amish novel.  I liked the unusual premise of a mail order Amish groom.  I enjoyed the descriptions of Blackberry Falls, Pennsylvania.  There are a variety of quirky residents with Bishop Kore leading the pack.  I like that there is a mystery which adds depth and suspense.  I was turned off, though, by the sexual innuendo and intimate situations.  I read Amish and Christian novels because they do not contain that type of content.  I was surprised to find it in Marrying Matthew (and so much of it).  I was puzzled about the time period.  While in Blackberry Falls it seems that we have stepped back in time.  I thought it was the early 1800s from the way things were described and the way the Amish spoke.  But then they went to the local hospital and were able to watch television.  If this had been a clean, Amish novel, I would have enjoyed Marrying Matthew.  It has a great premise along with mystery, suspense, a charming town, humor, unique characters, and suspense.  If you enjoy explicit romance novels, then you will enjoy Marrying Matthew much more than I did. 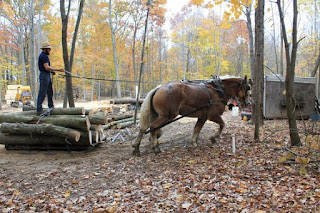 Marrying Matthew is available from Amazon*.  You can find Kelly Long's other novels here.  Thank you for stopping by today.  Next time I am featuring The Awakening by Nora Roberts.  I hope that you have a exultant day.  Take care, be kind, and Happy Reading! 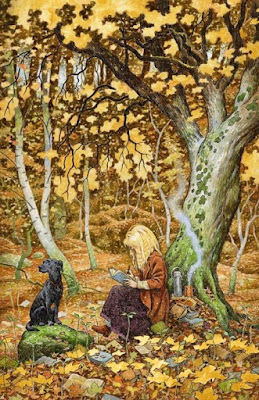