The Pint of No Return: A Sloan Krause Mystery 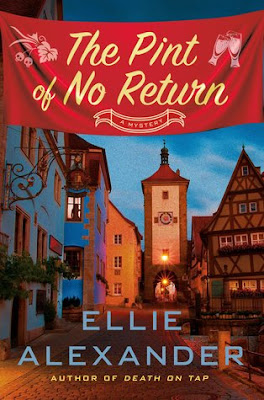 Welcome, Fellow Readers! A Year of Extraordinary Moments by Bette Lee Crosby will be out on October 16 along with The Christmas Star by Donna VanLiere and An Amish Homecoming by Amy Clipston, Beth Wiseman, Shelley Shepard Gray, and Kathleen Fuller.

The Pint of No Return by Ellie Alexander is the second book in A Sloan Krause Mystery series.  The town of Leavenworth, Washington is busy preparing for Oktoberfest.  It is a three week long event that has tourists flocking to their Bavarian looking town.  Nitro owner, Garrett Strong with Sloan Krause have been working on a new brew titled Cherry Weizen which will be unveiled that night.  April Ablin approaches Sloane regarding her attire.  A documentary film crew is in town to film Wish You Were Beer and she would prefer Sloan to dress in costume (not going to happen).  The crew shows up at Nitro that evening to try out their new brew and, hopefully, get some good footage.  Their host, Mitchell Morgan leaves a lot to be desired with his arrogant attitude and large ego (I’m surprised his hat fits).  Sloan is heading home at the end of the night and hears a woman screaming.  Mitchell Morgan is dead in the town square with a growler from Nitro broken around him.  Lisa Balmes is accused of murdering Mitchell by his biggest fan, Kat Kelly.  Sloan knows Lisa did not kill Mitchell and starts nosing around the crew for suspects.  Sloan must also deal with her estranged husband, her search for her biological mother and Mitchell’s biggest fan, Kat.  Join in on the Oktoberfest fun in The Pint of No Return.

The Pint of No Return is an engaging cozy mystery.  I thought it was well-written with a nice steady pace.  Ms. Alexander’s conversational writing style makes The Pint of No Return easy to read and enjoy.  I like Sloan, Garrett, Hans Krause, Alex Krause as well as Otto and Ursula Krause (such a sweet couple).  April Ablin, while not a character I like, does provides comic relief.  I am amazed that Sloan married someone like Mac.  I fail to see his appeal (the cheating louse).  It was nice to find out more about Sloan and her relationship with the Krause family.  I appreciate the author’s descriptive writing style which makes the book come alive for me.  I can picture Leavenworth with the Bavarian style buildings and people walking around in costumes with beer steins in their hands.  There are two mysteries in the book.  The murder of Mitchell and Sloan’s search for her biological mother.  I thought Mitchell’s murder was straightforward with a simple solution.  Unfortunately, I identified the killer before Mitchell went belly up.  Sloan’s quest to find her birth mother is the more intriguing mystery.  It looks like it will play out over the course of the series with new information revealed in each book.  I wish the murder had been more of a focus in this book.  The story concentrates on the characters (mainly Sloan) and the town.  While I appreciate getting to know the characters, I do read a cozy mystery for the mystery.  I am baffled by the food that they serve in Nitro.  I do not understand why they do not hire a chef and offer real food instead of meat and cheese trays (it seems odd).  They could at least offer tapas.  Overall, The Pint of No Return is a pleasure to read.  I thought it was an improvement over Death on Tap.  My rating for The Pint of No Return is 4 out of 5 stars.  If you are looking to capture the feeling of Oktoberfest, visit Leavenworth in The Pint of No Return.

I appreciate you visiting today.  I will feature An Amish Homecoming by Amy Clipston and friends tomorrow.  An Amish Homecoming contains four heartwarming Amish stories.  I sincerely hope you have a welcoming day.  Take care of yourself and Happy Reading! 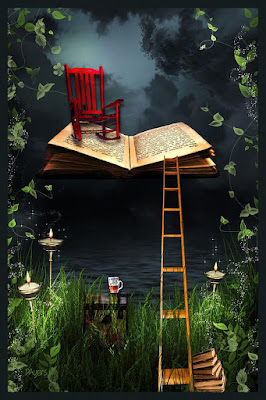