A Beautiful Corpse by Christi Daugherty 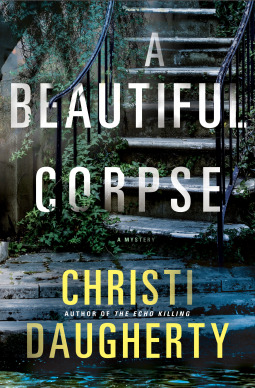 Happy St. Patrick's Day!  Do not forget to wear green today so you do not get pinched. Perfect day to  make corned beef and cabbage.  It is American Chocolate Week.  The perfect time to indulge in your favorite chocolate treat.  I just received my monthly shipment of Russell Stover Milk Chocolate English Walnut and Pecan Clusters (yum). 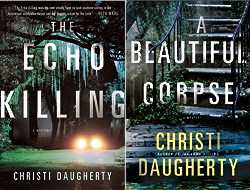 A Beautiful Corpse by Christi Daugherty is the second A Harper McClain Mystery which takes readers to Savannah, Georgia.  Harper McClain, crime reporter, is at the Library Bar with her friend, Bonnie Larson when she gets the call about a murder on River Street.  She rushes to the crime scene and is shocked when Bonnie recognizes the gunshot victim as co-worker, Naomi Scott.  There were no witnesses to the shooting and the police quickly narrow their sights on Naomi’s boyfriend, Wilson Shepherd.  Naomi’s father, Jerrod Scott is adamant that Wilson did not harm Naomi when Harper interviews him.  It turns out that Naomi was afraid of someone, but Harper needs to have proof before she can print that story.  Harper keeps researching for her article, but she has other issues occupying her thoughts.  It looks like the Savannah Daily News will be laying off more workers, the police are still harassing her for testifying against Chief Detective Robert Smith, and Harper believes someone is breaking into her apartment.  Is it the same person who broke in last year and left the message telling her to run?  Harper gets a break in the Naomi Scott case, but first she needs to break his alibi.  Can Harper establish this person’s guilt? 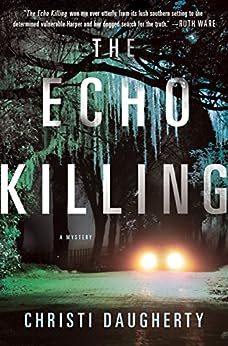 A Beautiful Corpse can be read alone if you have not picked up The Echo Killing.  The incidents that occurred in the first installment are summarized in A Beautiful Corpse.  Harper McClain is a dedicated crime reporter who was mentored by Chief Detective Robert Smith.  It was a blow when she learned he killed someone.  The police now consider her a traitor and Harper is cut off from sources inside the Savannah PD.  Naomi Scott is murdered on River Street with no eyewitnesses.  The police focus on the boyfriend despite Jerrod Scott’s objections.  Harper pursues another lead which could have deadly consequences for her career if she is wrong.  In addition, someone has broken into her apartment again despite the alarm system.  Then Harper feels like someone is following her.  Harper’s boyfriend, Luke Walker broke up with after the Scott case, but they are still attracted to each other (trust issues).  It was interesting following a mystery from a reporter’s perspective.  Harper is dedicated (dogged determination) to uncovering the truth.  The writing is descriptive and extremely detailed (a little too much for my tastes).  Her narratives allowed me to visualize Savannah.  I did find the pace to be on the slow side.  For this type of story, the pacing needed to be livelier.  The mystery was appealing in the beginning.  The guilty party was soon glaringly obvious which took away from the mysteries appeal (I wanted more intrigue, twists).  I felt the ending was too long and drawn out.  There is suspense in wondering who is following Harper and what is the person’s motive. However, we do not get any answers in A Beautiful Corpse. Harper has not made any progress into identifying her mother’s killer.  This storyline plays out in the background and remains unresolved.  A Beautiful Corpse does contain violence, intimate relations and foul language.  A Beautiful Corpse has some interesting components, but it was missing something that would take it to the next level. 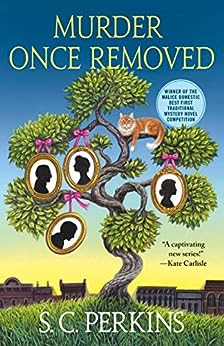 Please remember that these are my impressions of the book.  I suggest you obtain a sample (for those who use e-readers) and see if the story suits your reading tastes.  Thank you for visiting and reading my review.  I am featuring Murder Once Removed by S.C. Perkins tomorrow as part of the Great Escapes Virtual Book Tour.  It is the first book in The Ancestry Detective series (unique angle).  I hope you will stop by.  Stay safe and Happy Reading! 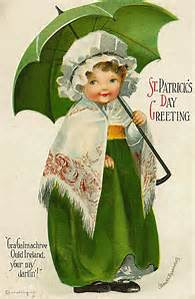