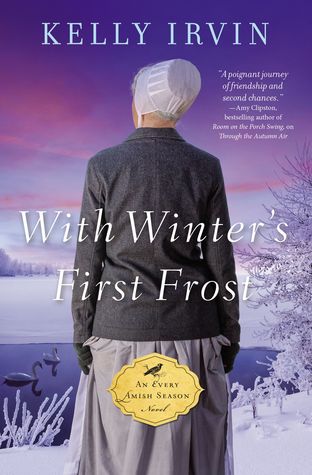 Good Day!  Chutes and Ladder by Marc Jedel is now available.  It is the second book in A Silicon Valley Mystery series.  Murder from Scratch by Leslie Karst comes out on April 9 with Deadly Vows by Jody Holford and A Dream of Death by Connie Berry.

With Winter’s First Frost by Kelly Irvin is the final book in An Every Amish Season series.  Laura Kauffman has been a widow for the last eight years.  She has retired as a midwife and the arthritis in her hands limits her activities.  Laura is at loose ends and wonders what God has in store for her next.  She is visiting Rosalie and Ben Stutzman’s home when Rosalie goes into early labor with twins.  They need someone to stay and watch the three other children plus Ben’s grandfather, Zechariah who has Parkinson’s.  Laura volunteers herself for the job and looks forward to fulfilling days.
Zechariah is a widower who has been moved out of home since his Parkinson’s started to worsen and forced to live with his various grandchildren.  He loves each and every one of them, but Zechariah misses his independence.  There is a long list of activities that he is not allowed to do including chopping wood, drive, build fires, and touch the cookstove (can you tell there was a fire incident at his last residence).  Zechariah has become grumpy and disgruntled.  He wonders if he has outlived his usefulness.  Zechariah does not feel he needs Laura’s help with the house and kinner, but he soon finds that he enjoys her company.  The days are filled with activities and the evenings with companionship.  Too soon Rosalie and Ben return home with their new babies and Laura is sent back to her own home.  Zechariah misses her company and their busy days.  When Zechariah’s family starts making new plans for his life, he feels defeated.  Laura has been missing Zechariah and decides to take matters into her own hands.  Is it possible to find love in your twilight years?
With Winter’s First Frost is a charming story.  If you have not read the other books in An Every Amish Season series, you will be fine.  Each book can be read on its own.  However, I do want to say that they are lovely to read as a collection (enjoy the four seasons with this delightful collection of characters).  Characters from the first three books appear in With Winter’s First Frost.  Winter refers not only to the season in which this book takes place, but to the later (or winter) years of our life (I like it phrased that way).  I found the characters and situations to be realistic and relatable.  I liked that With Winter’s First Frost features older main characters.  They have wisdom, knowledge, and understanding.  Just because they are over 65 does not mean they have nothing to contribute (or need to be put out to pasture).  Laura has had a busy and satisfying life as a wife, mother and midwife.  Now that arthritis has affected her hands, she finds her days empty.  She may not be able to knit or quilt, but Laura can assist with many other tasks.  Zechariah lost his wife two years prior and he has Parkinson’s disease.  His family was worried about him living alone and moved him in with one of his grandson’s.  After several months at that house, Zechariah is now living with Ben, Rosalie and their three children.  There are a number of rules for Zechariah and he is not allowed to do any of the activities that he enjoys.  Zechariah feels inept which has made his grumpy (a sourpuss).  No matter what our age and issues, we like to be helpful and busy.  No one wants to be burden on their family.  With Winter’s First Frost is well-written with a gentle pace.  While the story focuses on Zechariah and Laura, there are subplots involving members of their families as well as the picking of a new bishop.  With Winter’s First Frost we get to see that we are never to old to learn, adapt or find love.  God is full of surprises and has a plan for our lives as we see in With Winter’s First Frost.  We just need to trust Him.  If you are looking for a heartfelt Amish romance, pick up With Winter’s First Frost.

The three other books in An Every Amish Season series are Upon A Spring Breeze, Beneath the Summer Sun, and Through the Autumn Air.  I hope you check out this engaging Amish series.  Tomorrow I am showcasing Canyons, Caravans and Cadavers by Tonya Kappes.  It is the sixth tale in A Camper & Criminals Cozy Mystery series.  Until next time, take care and Happy Reading! 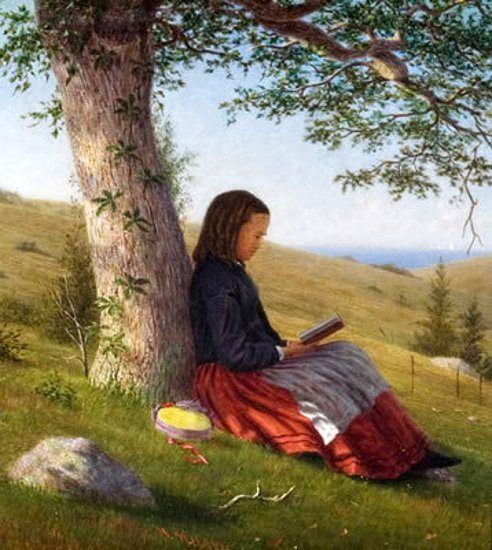