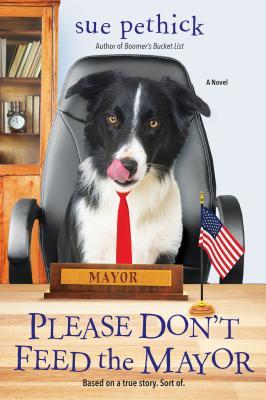 Please Don’t Feed the Mayor by Sue Pethick has readers visiting Fossett, Oregon.  Melanie MacDonald owns Ground Central in the heart of downtown.  Since the lumber mill closed, people have been leaving the quirky small town.  Melanie sees a news piece on a village that elected a cat to a council seat, and it gives her inspiration.  Melanie’s suggests that Fossett hold a mayoral election and her border collie, Shep be one of the candidates.  It would be a way to attract tourists to their town.  Melanie consults her ex-husband and lawyer, Bryce MacDonald on the legalities.  It is imperative that Bryce leave town when a man he put away escape’s custody.  One lawyer has already been attacked and Bryce does not want to be next on the hit list.  Bryce heads to Fossett to help Melanie with Shep’s campaign.  Shep is one intelligent and spoiled dog.  He does not appreciate Bryce invading his turf and decides to make things a tad uncomfortable for him.  The election is fast approaching, and Ron Blakeley has decided to run against Shep.  Bryce takes to the streets to round up votes for Shep and he discovers why Melanie loves Fossett.  What happens when the escaped felon tracks down Bryce and a reporter is determined to paint the town in a bad light?  Will Shep win the mayoral race?  Learn what happens next by picking up a copy of Please Don’t Feed the Mayor. 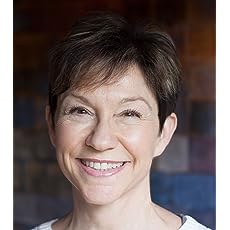 Please Don’t Feed the Mayor is a light-hearted tale that differs slightly from the book blurb.  Melanie loves Fossett and wants to find a way to save the town.  Living in Fossett was the bone of contention between Melanie and Bryce which ultimately led to their divorce.  Melanie feels that electing Shep as mayor will boost tourism.  She contacts Bryce for legal advice and is surprised when he shows up in town.  Bryce is now a lawyer at an elite firm in Portland and making good money.  He has not stopped loving Melanie and would love to convince her to move to Portland.  Please Don’t Feed the Mayor is a cute story filled with off-beat characters.  There is the goat farm with the escaping goats, marijuana farmers who use a drone to monitor their property, a man who uses “Horrible Harry”, a rooster, for a truck alarm, a retired chicken farm (I am not kidding), and the woman who manages the B&B has no clue how to run it.  The residents are warm, friendly people (except for Ron). I laughed at Shep’s antics (very clever canine).  I did find that the story dragged in the middle and there was a lack of action.  The activity ramps up for the climacteric scenes at the end.  The ending is heartening and will leave readers smiling.  There is an excerpt from Boomer’s Bucket List included.  I am giving Please Don't Feed the Mayor 3 out of 5 stars.  Please Don’t Feed the Mayor is a lively, humorous and romantic story. 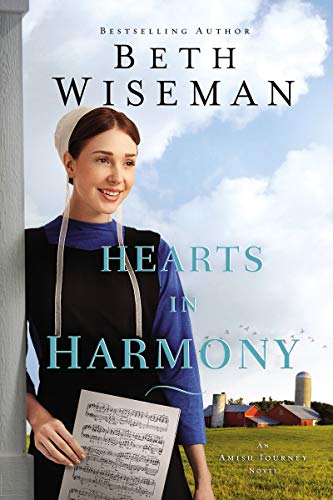 Sue Pethick has also written Pet Friendly, Boomer's Bucket List, and The Dog Who Came for Christmas.  Her next book is Alaskan Catch which comes out September 24.  Thank you for stopping by today.  Next time I am featuring Hearts in Harmony by Beth Wiseman.  It is the first An Amish Journey Novel.  May you have a joyful day.  Take care and Happy Reading! 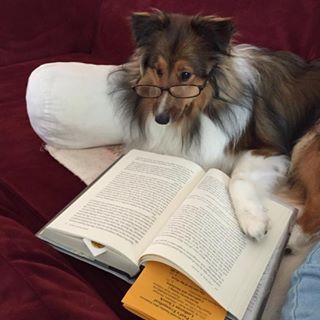