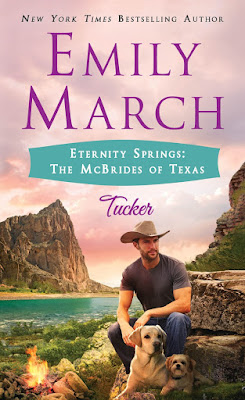 From New York Times and USA Today bestselling author Emily March comes the second book in the Eternity Springs: The McBrides of Texas trilogy, TUCKER. Two business owners come head-to-head in a feud with tulle and grit in this passionate story. This tale shows that even when life changes from the stress of a military career to working next to a wedding planner, love always finds a way to begin, even if it was never thought possible.
Meet Gillian Thacker. Her business: Bliss Bridal Salon. Her passion: Weddings. Her own wedding: It’s complicated. Life isn’t turning out like she’d planned. The last thing she wants is for a real-life hero to ride to her rescue, but an unexpected event puts her entire future in Redemption, Texas, at risk. So what’s a broken-hearted bridal expert to do? Maybe a new set of survival skills is exactly what she needs…

Tucker McBride has been proud to call himself a U.S. Army Ranger. But now that his days of service are over, he’s decided to put his expertise to use by founding a wilderness skills training school. He sets up shop in Redemption, next to Bliss Bridal, and so begins life: Part Two. Marriage has been pretty low on his agenda, but as soon as he meets Gillian, Tucker can’t help but contemplate the ultimate challenge: Convincing the reluctant bride to take his hand and leap into the adventure of a lifetime . . . until death do them part. 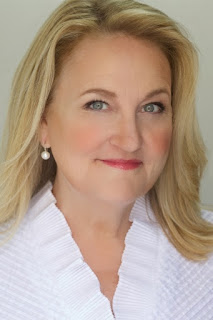 Emily March is the New York Times, Publishers Weekly, and USA Today bestselling author of over thirty novels, including the critically acclaimed Eternity Springs series. Publishers Weekly calls March a "master of delightful banter," and her heartwarming, emotionally charged stories have been named to Best of the Year lists by Publishers Weekly, Library Journal, and Romance Writers of America.
A graduate of Texas A&M University, Emily is an avid fan of Aggie sports and her recipe for jalapeño relish has made her a tailgating legend. 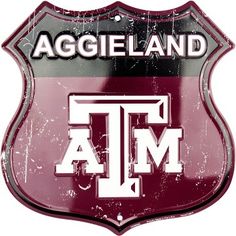 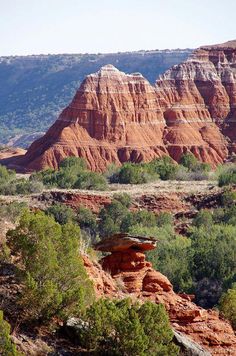 My Thoughts
Eternity Springs:  McBrides of Texas:  Tucker by Emily March has Tucker McBride leaving the army.  He is heading to Redemption, Texas for a time of healing and decide what he wants to do with his future.  Along the way, he encounters Gillian Thacker walking along a back road.  Gillian had a fight with her fiancé, Jeremy and took off without thinking.  The pair share an intense moment before Gillian returns to Jeremy.  Three months later, Tucker is opening wilderness skills training school in the building next to Bliss Bridal owned by Gillian and her mother, Barbara.  It turns out it was the building Gillian intended to buy for her new venture, Bliss Events.  Sparks fly between the pair much to Tucker’s delight.  He has his sights set on Gillian, now he just needs to convince her. 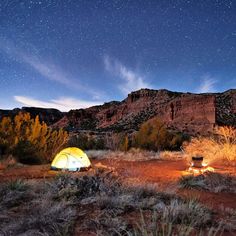 Tucker is a cute story.  I liked the characters (well, most of them—Jeremy and an old frenemy of Gillian’s leave a lot to be desired) and the lovely setting of Redemption, Texas. Tucker McBride is handsome, kind, good hearted man who is a keeper.  I like how he helps his niece, Haley who is going through a tough time.  Gillian did get on my nerves a few times, but that made her real.   I enjoyed the beautiful descriptions of Enchanted Canyon.  I can understand why it is a place to unwind, get peace and heal.  There were definite sparks between Gillian and Tucker (it is a wonder they did not set paper on fire).  I like the survival skills fit into the story as well as the color red.  I do want to let readers know that there is foul language in the story along with intimate situations (and thoughts).   Those who read Jackson’s tale will be happy to know that him and his fiancé, Caroline are in the book.  Gillian is one of Caroline’s bridesmaids.  I enjoyed the humor in the story, and I had to laugh at the dress Tucker had Barbara create for the display window.  Tucker can be on as a standalone.  I had no trouble following the story.    Tucker is a relaxing story to read and it will delight those who love romance tales. 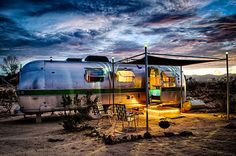 Excerpt
Tucker was a sixth-generation Texan, small-town born and bred. Certain behaviors were stamped into his DNA. A real man tipped his hat to the ladies, opened doors for females of any age, and never, ever failed to stop and assist a woman in distress.
So, of course, he had to turn around.
That this particular woman in distress was a total smoke show dressed in fire-engine red only made playing the role of Texas gentleman that much sweeter. He wondered how she’d managed to find herself out here in the middle of nowhere, no car in sight, not a house anywhere around, and the closest town a good ten miles away. Unfortunately, hot looks and a bright mind didn’t always go together. 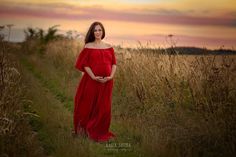 He pulled to a stop beside her and flipped up the visor of his helmet. His assessing stare met a wary gaze shining from big, periwinkle-blue eyes that were swollen and red-rimmed with tears. She had an abrasion on her cheek just above her chin. Had someone hit her? When his quick visual sweep of her body revealed additional redness on both of her arms, he reconsidered. Airbag deployment, most likely. “Do you need some help, ma’am?”

He watched her intently and saw her quietly repeat the word ma’am. After a moment’s hesitation, she licked her lips, swallowed hard, and said, “Well, um, I, um. May I borrow your phone?”

Her voice was smooth as Tennessee whiskey with just enough Texas in her drawl to sound like home to ears too far away for too long. “Yes, ma’am.”

She took a small step backward as he set his kick- stand and climbed off his bike. She’s scared of me.
It was a perfectly natural reaction and showed some sense, but Tucker didn’t like scaring women, so when he pulled off his helmet, he was scowling. Her eyes widened, she took another step back, and he realized he’d made the situation worse. Well, hell.
He reached deep inside him for the charm that had grown rusty with disuse, made a stab at a reassuring smile, and addressed the elephant in the cotton field. “Don’t be scared. I won’t hurt you. I came back to see if I could help. That’s all. I give you my word, and a McBride’s word is his bond.”
“That’s so old-fashioned,” she said. “Yes, well, that’s how we roll. Now, I’m going to reach into my pocket and pull out my phone.” Her gaze dropped to his hand, and she gave a nervous little laugh. “No gun?” “No gun.” That was in a different pocket. 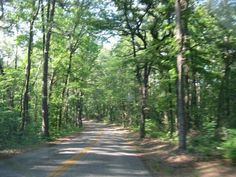 Tucker unzipped his jacket and reached into an inner pouch for his phone while trying his best to look unthreatening. Their fingers brushed as he handed it over. Her fingernail color matched her dress. “Thank you,” she said. “You’re welcome. My name is Tucker.”
“I’m Gillian.” Her teeth tugged on her bottom lip as she stared at the phone. “Do you have Google maps? I need to send a pin of my location to my—” 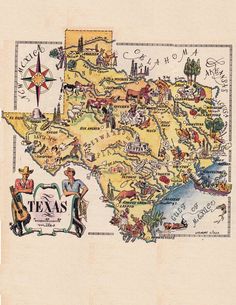 She broke off abruptly, and her head came up. Those glittering blue eyes—puffy and swollen from tears and framed by long, thick lashes—went round and big. Distracted, he fell into them. “Tucker McBride? Your name is Tucker McBride?”
He blinked and pulled slightly away. Now it was his turn to be wary. “Yes.” She gave him a once over, and some of the stiffness melted from her spine. “I know Jackson. Boone too. You’re the third cousin, aren’t you?” Well, this was unexpected. “Yes, Boone and Jackson are cousins of mine. Have we met?” He didn’t think so. He’d damned sure remember her. “No.” 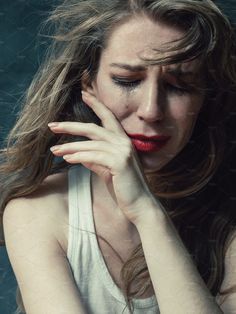 “I’m surprised you’d connect me to them. We’re a long way from Redemption.” “Are we?” She gave a short, strained laugh. “I wouldn’t know. I’m lost. But you look just like them, and Tucker McBride is an unusual name. Plus, I remember when the three of you arrived in Redemption the first time. You all rode motorcycles. My friend Maisy laughed that you had your own little McBride gang, so you were perfect for Ruin.”
Tucker grinned. “If you only knew.” He extended his hand toward her for a handshake. “Nice to meet you, Gillian . . . ?” “Thacker. Gillian Thacker.” Her grip was firm, her smile filled with relief. “I’m a friend of Caroline Carruthers. Are you on your way to visit Redemption?” 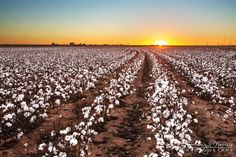 Caroline was the woman Jackson was seeing, Tucker knew. He nodded. “Yes, I am. So now that you know I’m not a serial killer, want to tell me what you’re doing standing in a cotton field in a sundress and stilettos? Not exactly apparel for farming.”
She glanced down at her feet. “Technically, I’m not in the field but on the shoulder of a road. A narrow, two-lane, never-ending road. And no, cotton is not my thing. I’m all about satin and lace.”
Satin and lace? A vision of Gillian in lingerie the same shade of red as her dress flashed in Tucker’s mind as she continued, “I sell wedding gowns at a bridal shop in Redemption. Bliss Bridal Salon on Main Street.” 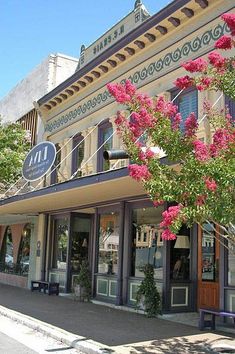 He tore his thoughts from the fantasy and listened when she began babbling about a pig and a pecan and a purse without a phone charger. When she finally wound down, she left Tucker shaking his head at her foolishness. He held up his hand. “Let me get this straight. You weren’t joking about being lost? You literally don’t know where you are?”
“No. Not exactly.” She lifted her chin, and her voice sharpened defensively. “I know I’m still in Central Texas. I’m somewhere between I-35 and I-45. I’m north of Austin. I think.”
He slowly shook his head. “Where is your car? How far have you walked?” “That way.” She hooked her thumb over her shoulder. “Maybe two or three miles. I’ve been walking a while.” “In those shoes?” She gave a rueful smile. 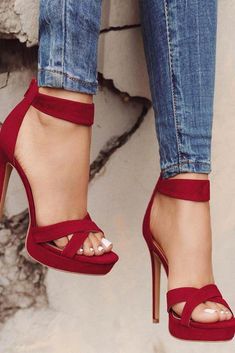 Eternity Springs: The McBrides of Texas: Tucker is available from Amazon*, Barnes & Noble, Books-a-Million, IndieBound, Macmillan, and Powell's. You can find a complete list of the Eternity Springs novels (which begins with Angels' Rest) here. Eternity Springs: The McBrides of Texas Trilogy: Jackson can be found here (it is the sixteenth book in the Eternity Springs series). Thank you for visiting today. I will return tomorrow to share my review of Al Dente's Inferno by Stephanie Cole. It is the debut of A Tuscan Cooking School Mystery series. I hope you have a day full of merriment (joy does the heart and soul good). Here is a pun to help you out. I once tried illustrating currency books for a living. I never drew a dime. Take care and Happy Reading!
Kris
The Avid Reader 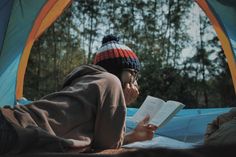