The Bermondsey Bookshop by Mary Gibson: Extract, Review and Giveaway! 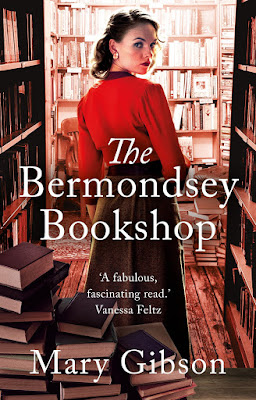 Welcome!  Mary Gibson was born and brought up in Bermondsey, south east London. After a thirty year career in publishing, she took the opportunity of early retirement to write a book of her own. Her début novel, Custard Tarts and Broken Hearts, was inspired by the lives and times of her grandparents in World War One Bermondsey. It went on to become a top ten Kindle best seller and was selected for World Book Night 2015. Mary has also written Hattie's Home, Jam & Roses, A Sister's Struggle, Gunner Girls and Fighter Boys, and Bourbon Creams and Tattered Dreams.  You can like/follow Mary Gibson on Facebook, Twitter, and Amazon.  You can find more information about Mary and her books by visiting her website. 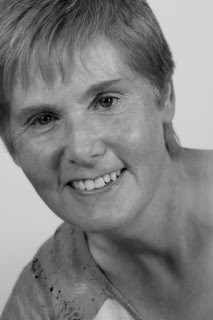 The Bermondsey Bookshop by Mary Gibson has us venturing to 1920s in London.  Kate Goss has been living with her mean spirited Aunt Sylvie and two vicious cousins since the death of her mother.  Her father, Archie Goss dropped her off there and she has not seen nor heard from him since.  Kate keeps hoping that her father will return for her one day.  When Kate is fourteen, her aunt makes her give up her studies to “earn her keep” at Boutle’s, the local factory.  Three years later, one of cousin’s goes too far and Kate fights back.  Unfortunately, it gets her kicked out of the flat without money since she was forced to turn over her wages each week.  Thanks to her Aunt Sarah, Kate is able to rent the small garret where she used to live with her mother.  With extra cleaning jobs, she can just afford the rent.  But then the factory lays off workers and it puts Kate in a financial bind.  To keep her small abode, Kate borrows funds from an unlicensed moneylender.  Kate soon learns the necessity of keeping up the payments when she learns what happens when you get behind.  A co-worker from the factory mentions a cleaning job that is available at the Bermondsey Bookshop.  The bookshop is unique because it caters to the working class (dock workers, shop girls, factory workers) with its operating hours.  People can learn to read, take classes (elocution and French for example), buy books at lower prices, and participate in plays.  Kate soon finds herself drawn into the world where she makes friends with fellow workers and with members of the upper class.  It is a new world for Kate, full of opportunities and pitfalls.
My Thoughts

The Bermondsey Bookshop by Mary Gibson is an intriguing historical novel.  I found it to be well-written that moved along at a thoughtful pace and it has a strong female protagonist.  Kate Goss had a loving mother until she had an accident coming down the steep garret stairs.  Archie Goss, Kate’s father, deposited Kate with his sister, Sylvie and then departed.  Sylvie did not like Kate’s Romany mother, Bessie which she takes out on Kate.  Her cousins, Janey and Stan are just as mean and spiteful.  Kate holds out the hope that her father will return one day and take her away.  Kate is a spirited girl who works hard.  She makes some unfortunate choices, but Kate also makes some memorable friends.  We get to see Kate go from a teenager to an adult.  I could feel Kate’s struggles and her sadness.  Of course, Kate had some unforgettable moments as well.   There were a variety of interesting characters in The Bermondsey Bookshop.  There were some kindhearted souls and some truly terrible people.  I especially liked the various people that frequented the Bermondsey Bookshop.  It was interesting reading about the Bermondsey Bookshop (it was a real place).  It was open for hours that suited the working class and offered a variety of classes (reading, elocution, French, drama) as well as lectures.  After reading this book, I searched out more information on this unique bookshop.  I thought Mary Gibson captured the accents of the people along with their attitudes especially when it came to education and money.  Children were not allowed to enjoy their childhood for long.  They were expected to go to work and turn over their wages.  There is some mild foul language along with violence (parents or relatives hitting children, men beating their wives, men wanting certain “favors”) which was, unfortunately, typical of the time period.  The Bermondsey Bookshop is a book that will have you reading long into the night to find out how Kate’s story ends.  The Bermondsey Bookshop has a sharp tongued shrew, a conniving cousin, a fetid factory, a vanished father, and one feisty female. 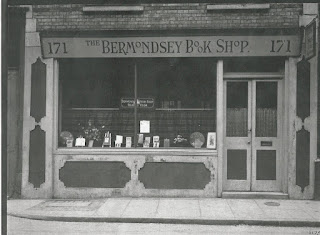 ‘Mind your own business and me name’s Kate!’

Noss. She’d earned the nickname because her family thought she asked too many questions. Which was true. Not stopping, she sped past the young boy, her dark curls tumbling from their restraining clips. He was lounging against the ancient brick house, one of a long row that descended in ever increasing dilapidation towards the Thames. Here they halted in a tumble of sagging roofs and broken windows.

The boy, her fourteen-year-old cousin Stan, stuck up two fingers. ‘Only asking!’ He pushed himself off the wall and ran to keep up with her.  ‘Ask no questions, you’ll be told no lies. That’s what your mum’s always telling me. So, shut yer gob and piss off. I’m late for school!’ 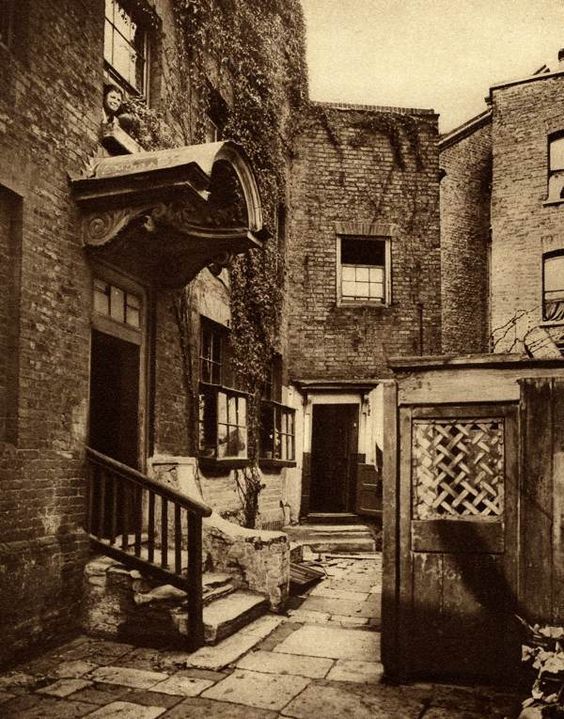 She soon outstripped him and he yelled, ‘Janey says you’re common as muck and your mother was a slut!’ Kate slammed to a halt. She’d risk the cane and book for being late rather than let him get away with that. She sprinted back towards him and, barely stopping, swung her fist into his cheek, speeding off again before he could retaliate. She smiled as she ran.

‘I’m telling me mum! She’ll chuck you out and good riddance!’ he called after her, rubbing his face.  But Kate ignored the stupid boy. He was only copying his older sister, Janey, who’d made it her life’s mission to ruin Kate’s.

After school Kate hid herself in the garret, keeping out of Aunt Sylvie’s way, until she heard a voice sharp enough to put her teeth on edge. ‘Kate, get yourself down here!’

She hadn’t got away with it after all. Stan had dropped her in it. Kate took a deep breath and ducked down the steep garret stairs, taking her time. This was the one place she would never hurry. Her mother had died after a fall from the garret stairs in the house next door, which had once been Kate’s childhood home. Kate didn’t intend to follow her. Aunt Sylvie would have to wait.

‘You took your bleedin’ time!’ Her aunt had the Bermondsey Recorder open on the kitchen table.

‘Sorry. I never heard you,’ Kate lied. She’d found it best never to mention her mum to Aunt Sylvie. When she’d first gone to live with her aunt, Kate had been full of childish questions about her mother. Why did she have to die and leave her? What had she looked like – for her face had faded over time – but most of all, she’d wanted to know that her mother had loved her. 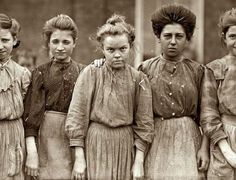 Aunt Sylvie was a tight-lipped, sharp-tongued woman and would answer, ‘You and your questions! This…’ she’d pinch Kate’s small nose, ‘will get you into trouble one day. Curiosity killed the cat.’ And once, when Kate had asked ‘which cat?’, she’d got a slap for her cheek.

Now she stood, waiting for Aunt Sylvie to speak. Asking no questions.  ‘It says here,’ her aunt prodded the column of situations vacant, ‘Boutle’s is looking for girls. Get yourself ready, we’re going down there.’  ‘Now? Why?’ Aunt Sylvie rolled her eyes. ‘Why d’you think? You’re fourteen now and it’s time you got yourself a job.’
The Bermondsey Bookshop is available at Amazon*, Kobo, Google Play, and iBooks.  As part of the tour, the publisher as graciously allowed me to give away a digital copy of The Bermondsey Bookshop.  Leave a comment with your email address (so I can contact you if you win).  If you prefer, you can email me at Doodlesink@hotmail.com with "Bookshop" as the subject.  Be sure to include your name and email address you use for Amazon.  The contest ends on February 13, 2020 at 11:59 p.m. EST.  Good Luck!  Thank you for joining me today.  I will be back tomorrow to review The Third to Die by Allison Brennan.  May you have a sunny day.  Take care and Happy Reading! 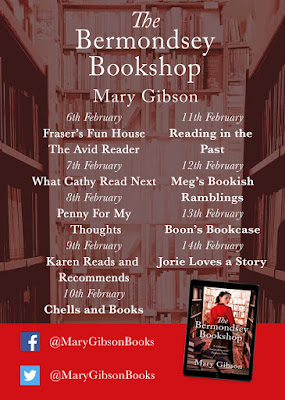 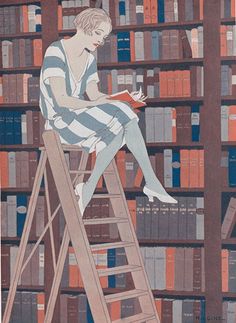