Stella Wright loves creating candles at her Nantucket store—and she also has a burning passion for justice. Now, after visiting a perfume conference, she must solve a vial crime . . .

Stella and her globe-trotting mom, Millie, have come home from a perfume industry conference in Paris, where their trip was marred by witnessing the stabbing death of a young man. It’s a relief for Stella to be back on her picturesque island, with the comforting company of her cat, Tinker. But lingering danger may have followed them back across the ocean.

After someone breaks into her candle store, the Wick & Flame, Stella starts feeling spooked. And just as things threaten to ignite, Millie suffers a blow to the head. Stella receives an anonymous note claiming that her mother smuggled a secret formula out of France—and threatening her life if it isn’t returned. Now Stella’s picked up the scent of a cold-hearted criminal and an intriguing puzzle, and things are about to get wicked . . .

Christin Brecher was born and raised in NYC, where her family and many childhood friends still reside. As such, she feels she is as much of a small-town girl as any. The idea to write the Nantucket Candle Maker series sprang from her life-long connection to the small island off the coast of Massachusetts. Spending summers there as a child, Christin read from her family’s library of mystery novels, after which she began to imagine stories inspired by the island’s whaling heyday, its notoriously foggy nights, and during long bike rides to the beach. After many years in marketing for the publishing industry, followed by years raising her children, Murder’s No Votive Confidence is Christin’s debut novel. Visit her at www.christinbrecher.com.

Murder Makes Scents by Christin Brecher has Stella Wright with her mother, Millie in Paris for The World Perfumery Conference.  Before Millie gives her talk, they stop so she can check her materials one more time.  A commotion breaks out and Stella sees a man with a knife in his back.  Stella later learns that the killer was after sensitive information, but he eluded the gendarme.  Millie and Stella return to Nantucket Island where Stella notices a woman on a yacht watching them through binoculars as they depart the ferry.  Unable to sleep that night (Millie snores and hogs the bed), Stella heads to her shop to catch a cat nap with Tinker.   Before she drifts off, she can hear the bell on the door.  Someone had been in her shop, but Stella has no clue what they were after. While trying to escape the affectionate Tinker, Millie gets injured which requires an overnight stay at the local hospital.  The next morning, Stella finds a threatening note on her door.  The person wants a formula hidden in Millie’s special bag or they will harm Stella’s mother.  Stella intends to unravel this malodourous puzzle and catch the guilty party.  Murder Makes Scents is the second book in A Nantucket Candle Maker Mystery series.  It can be read as a standalone if you have not picked up Murder’s No Votive Confidence.  I like the characters and the setting of Nantucket Island.  The story moved along steadily, and I liked the action that kept things lively.  The mystery was unique for a cozy mystery which I just loved.  There was intrigue, mysterious individuals, a special formula, international espionage and action.  Your ability to solve this whodunit depends upon your sleuthing level.  I like the humor sprinkled throughout (I love a book that makes me laugh).  Tinker was a hoot.  The author captured how a cat behaves perfectly especially when they know someone does not wish to be their friend.  There is a side story involving Stella’s thirtieth birthday and the possibility that her beau might ask a certain question.  There is an excerpt from 15 Minutes of Flame, the 3rd A Nantucket Candle Maker Mystery, at the end along with a recipe and discussion on making your own candle molds.  Murder Makes Scents is an engaging cozy mystery with a funny formula, mold making masterclass, curious clues, a perplexing prowler, and a comical cat.
Murder Makes Scents is available at Amazon*, Barnes & Noble, Kobo, BAM, IndieBound, Hudson Booksellers, and Google Play.  Murder's No Votive Confidence is the first A Nantucket Candle Maker Mystery.  15 Minutes of Flame is the third A Nantucket Candle Maker Mystery and it releases on August 25, 2020. You can pre-order it now through Amazon.  Would you like to win a copy of Murder Makes Scents?  You can enter the giveaway to win one of three print copies of Murders Makes Sense (Sorry, but U.S. Only).  Click here to enter or use the Rafflecopter form below.  Leave a comment on my blog for an extra entry.  Visit the other stops on the tour (schedule below) to read an excerpt from the book, other chances to win, and candle tips. Good Luck!  There are numerous videos on Pinterest and YouTube on how to make your own silicone molds.  I cannot wait to experiment (remember ventilation is important).  Thank you for joining me today.  I will be featuring Eternity Springs:  The McBrides of Texas:  Tucker by Emily March tomorrow.  I hope you have a creative day.  Take care and Happy Reading!

February 24 – The Power of Words – REVIEW

February 28 – Cozy Up With Kathy – REVIEW

February 28 – Reading Is My SuperPower – REVIEW

February 29 – I Read What You Write – REVIEW

March 3 – Escape With Dollycas Into A Good Book – REVIEW 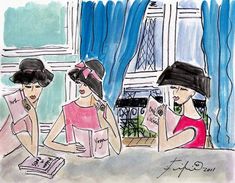