The Chelsea Girls by Fiona Davis 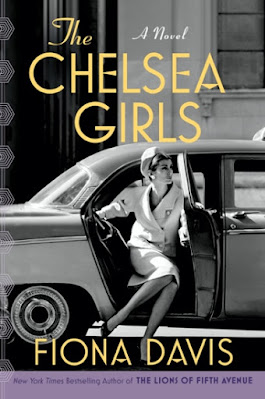 The bright lights of the theater district, the glamour and danger of 1950s New York, and the wild scene at the iconic Chelsea Hotel come together in a dazzling new novel about a twenty-year friendship that will irrevocably change two women's lives. Spanning from the 1940s to the 1960s, The Chelsea Girls deftly pulls back the curtain on the desperate political pressures of McCarthyism, the complicated bonds of female friendship, and the siren call of the uninhibited Chelsea Hotel.

From the dramatic redbrick facade to the sweeping staircase dripping with art, the Chelsea Hotel has long been New York City's creative oasis for the many artists, writers, musicians, actors, filmmakers, and poets who have called it home—a scene playwright Hazel Riley and actress Maxine Mead are determined to use to their advantage. Yet they soon discover that the greatest obstacle to putting up a show on Broadway has nothing to do with their art, and everything to do with politics. A Red Scare is sweeping across America, and Senator Joseph McCarthy has started a witch hunt for communists, with those in the entertainment industry in the crosshairs. As the pressure builds to name names, it is more than Hazel and Maxine's Broadway dreams that may suffer as they grapple with the terrible consequences, but also their livelihood, their friendship, and even their freedom. 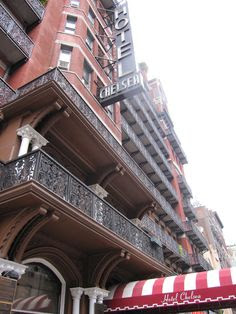 The Chelsea Girls by Fiona Davis takes us back in time with Hazel Ripley and Maxine Mead.  From 1945 through the late 1960s we join Hazel and Maxine on their journeys.  Hazel joined the USO in 1945 to finally get a chance to be on stage instead of being an understudy.  She meets Maxine Mead in Italy where she is the star performer of their all-female troupe.  A terrible incident forms a bond between the ladies that aids them in their careers.  The Chelsea Hotel in New York City is a haven for creative types (writers, artists, musicians, actors, singers, etc.).  Hazel ends up at the Chelsea Hotel in 1950 when she needs a place to write a play that is bursting to come out.  Maxine needs an escape from California and soon joins her.  Hazel’s play is about to be produced when communism rears its ugly head and FBI agents are patrolling the Great White Way.  The 1950s is not the best time to be in the entertainment industry as Senator McCarthy begins his witch hunt for communists.  Many careers are ruined in McCarthy’s search.  I thought The Chelsea Girls was well-written with developed characters.  The author provides detailed descriptions which brings the characters and scenes to life.  The pacing was gentle which went with the story.  I like how the author made the Chelsea a character.  It became a living and breathing entity.  We get to know its history of the establishment along with the various characters who have lived and worked there.   I enjoyed the variety of intriguing and lively characters that inhabited the hotel.  It was interesting learning more about Broadway and how a play comes to life.  Fiona Davis captured the time period along the feelings of the people being questioned and persecuted by McCarthy.  The emotions poured from the pages.  It was fascinating to read about this time period.  It is not an era that is usually addressed in fiction.  I liked that there was a good twist later in the book.  We get to see two women whose friendship is tested during a tumultuous time.  I do not want to say too much and spoil the story for you.  The Chelsea Girls is a complex novel that transports readers to New York City during the 1950s and early 1960s.  I am curious where Fiona Davis will take us next time. 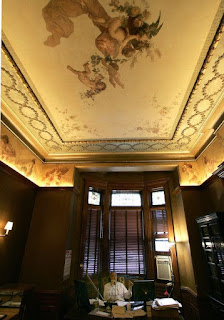 The Chelsea Hotel is out today and available from Amazon* (along with other major retailers).  You can find Fiona Davis' other novels here including The Lions of Fifth Avenue (wonderful book).  I used images of the actual Chelsea Hotel including one of Stanley Bard in his office (he is in the book). I want to thank the publisher for providing summary of The Chelsea Girls. Thank you for stopping by today.  Tomorrow I am featuring Grounds for Murder by Tara Lush.  It is the first book in A Coffee Lover's Mystery series.  I have been busy working around our new home.  I got my mother's new bed put together yesterday.  If I had not made an error, I would have had it done the day before.  I will say that lesson learned.  I now have to put my bed together.  I also need to find a roofer.  It turns out that the roof repairs the previous owner had done were not well done (and we were told it passed inspection).  The house will be lovely when finished (after the floors are done, the whole inside painted, sections of ceiling replaced--I need a nap now).  I hope you have an inspired day.  Take care, be kind, and Happy Reading! 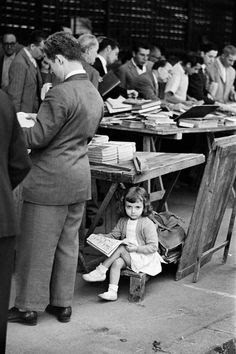