A Promise of Forgiveness by Jo Ann Brown: Review, Excerpt, and Giveaway!

The Promise of Forgiveness

Welcome to the Blog Tour for A Promise of Forgiveness by Jo Ann Brown, hosted by JustRead Publicity Tours! 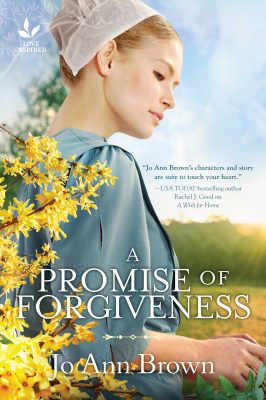 Title: A Promise of Forgiveness
Series: Secrets of Bliss Valley #2
Author: Jo Ann Brown
Publisher: Love Inspired
Release Date: November 30, 2021
Genre: Christian, Amish, Contemporary Romance
“Jo Ann Brown’s writing is both powerful and charming. She provides a respite from the cares of the day and gives the invitation to join her for a journey of peace that lingers in the heart.” —Kelly Long, national bestselling author
Every little secret is a chain to the past…
For Amish widow Naomi Ropp, moving back to her parents’ Bliss Valley home—with her boisterous twin toddler boys—is a chance to start over and bury the painful secrets of her marriage forever. But her life is turned upside down once again when she learns she’s not the only one hiding things. The parents she believed were always open and honest have been keeping a secret her whole life. And now her only confidant is her father’s new employee—a handsome Amish man who was once her childhood tormentor.
Samuel King knows more than anyone should about mistakes—and the way he treated Naomi is at the top of his list. But the shock of seeing her pretty face again is quickly overshadowed when they find a slumbering boppli abandoned on his porch. Caring for the sweet newborn together is finally bringing some peace to their troubled pasts. But when a spark leads to growing feelings as they start to look toward the future, Samuel must find a way to convince Naomi to trust the man he's become…and the promise of new love.
PURCHASE LINKS*: Goodreads | Walmart Exclusive | Amazon | Barnes & Noble | Book Depository | IndieBound | BookBub
The trade paperback version of A Promise of Forgiveness is available now exclusively at your local Walmart or Walmart.com. Preorder available everywhere.

MORE BOOKS IN THIS SERIES

A Wish for Home 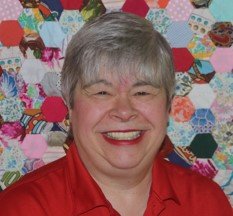 Jo Ann Brown has published over 100 titles under a variety of pen names. A former military officer, she enjoys taking pictures and traveling. She has taught creative writing for more than 20 years and is always excited when one of her students sells a project. She has been married for more than 40 years and has three children and two rambunctious cats. She lives in Amish Country in southeastern Pennsylvania. She enjoys hearing from her readers. Visit her at www.joannbrownbooks.com.

Naomi Ropp is a recent widow with twin two-year-old mischievous boys.  After a recent change in circumstances, Naomi is returning to her father’s home in Bliss Valley.  She is shocked to learn that her father has Samuel King working for him and living in the dawdi haus.  Samuel and two of his friends were her tormentors when she was a teenager.  Samuel started a rumor that sent her straight into the arms of her deceased husband.  Still reeling from the fact that Samuel will be living and working nearby, Naomi is confronted by a woman who tells an extraordinary tale.  She does not know what to make of the information she has been told and decides to put it on the back burner for now.  Then a newborn is found on the porch of the dawdi haus. Thankfully, Naomi is certified as a foster parent and takes in the boppli.  Another tragedy forces Samuel and Naomi to work together to care for the members of the family.  Feelings begin to develop between them, but Naomi does not trust Samuel.  Samuel must find a way to show Naomi that he has changed and is sorry for what happened in the past.  Can Naomi forgive Samuel in order to have a bright future? 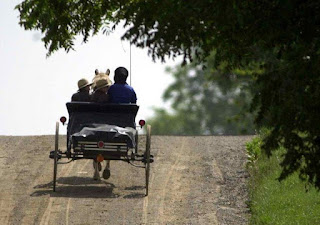 A Promise of Forgiveness by Jo Ann Brown is the second novel in the Secrets of Bliss Valley series.  It can be read as a standalone if you have not read A Wish for Home.  I thought this touching story was well-written with developed, realistic characters.  A Promise of Forgiveness is a multiplot novel.  I liked how everything worked together into one complex tale.  The story moves along at a good pace and the book held my attention.  Bullying and verbal abuse are addressed in the book. Verbal abuse as well as bullying can be devastating to an individual and It can have long term effects. I like how the author addressed this topic.  We get to see how Naomi, who remembers everything, deals with both of these topics.  The smallest thing can bring it all to the forefront.  It can be hard to forgive a person who has caused such lasting damage.  I appreciated the epilogue that nicely wrapped up the story and left me smiling.  A Promise of Forgiveness is an uplifting tale with an abandoned baby, busy buggy business, a poorly papa, a memorable memory, a lost sister, bad bullies, and finding forgiveness. 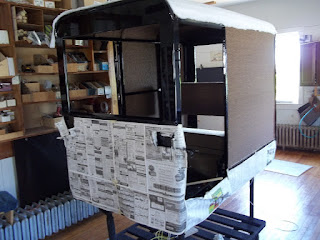 Who was the man? The last time she’d been home, almost two months ago, Daed had been talking about getting an as­sistant. Had he hired one?

Instead of replying, she threw her arms around him. She didn’t sob, though she wanted to. She wanted to be held as she hadn’t been in too long, knowing she was loved. When he murmured how happy he was to see her, she closed her eyes and drew in the special scent of him. It was a mixture of wood shavings and the lubricating oils he used in his shop, and it was her favorite aroma.

Eager shrieks coming from where the boys were playing on the tire swing brought up Naomi’s head. A quick check told her they were safe. When Daed asked again what was going on, she said she hoped he’d take her and his kins-kinder into his home. 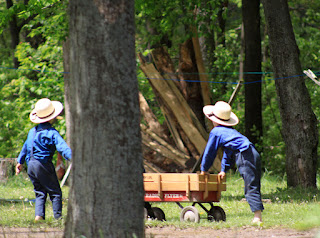 “We can live in the dawdi haus, so we won’t be in your way,” she ended without telling him they’d been evicted. She didn’t want to air her dirty laundry in front of the stranger.

“In the dawdi haus?” Daed shook his head. “No, you’ll live in the main house. My assistant is living in the dawdi haus until the chicken barn is rebuilt.” Motioning toward the other man, he said, “Komm and say hello to Samuel.”

“Samuel?” Her voice sounded distant in her own ears as if the single word had been caught by a storm wind.

She took another look at the man who was limping toward them. No wonder he’d looked familiar. Samuel King had shared her first kiss and then told everyone about it, making her the laughingstock of Bliss Valley and ruining her reputa­tion. How could she even attempt to forget the worst parts of her past when Samuel King stood right in front of her now? 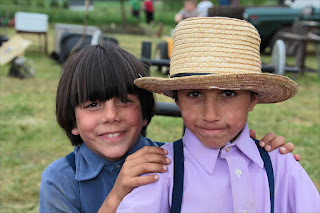 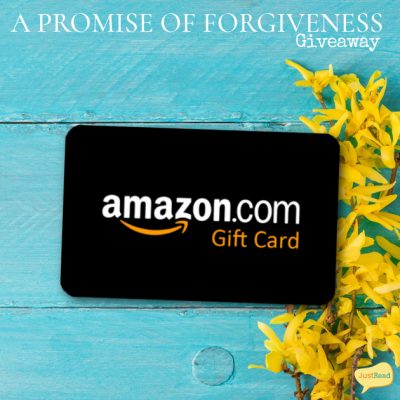 Be sure to check out each stop on the tour for more chances to win. Full tour schedule linked below. Giveaway began at midnight December 6, 2021 and lasts through 11:59 PM EST on December 13, 2021. Winner will be notified within 2 weeks of close of the giveaway and given 48 hours to respond or risk forfeiture of prize. US only. Void where prohibited by law or logistics.

Giveaway is subject to the policies found here. 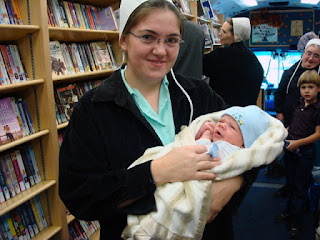 A Promise of Forgiveness publishes February 22, 2022 and it can be pre-ordered from Amazon*.  The first book in Secrets of Bliss Valley is A Wish for Home.  The third book Secrets of Bliss Valley is A Search for Redemption which releases August 23, 2022.  You can find Jo Ann Brown's other novels here.  Do not forget to enter the giveaway and visit the other stops for more chances to win (link to schedule is below).  Thank you for joining me today.  I will return tomorrow to share my thoughts on How to Book A Murder by Cynthia Kuhn.  It is the debut of A Starlit Bookshop Mysteries.  I hope that you have a merry day.  Take care, be kind, and Happy Reading! 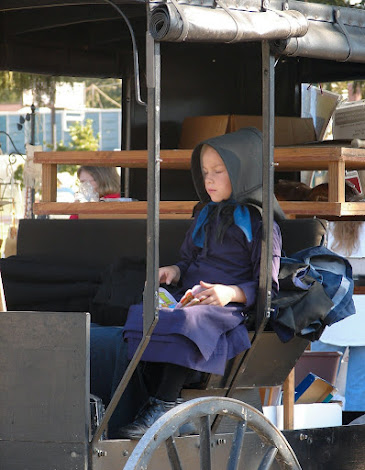 I voluntarily reviewed a complimentary copy of this book which I received from the author. All views expressed are only my honest opinion.