Mrs. Morris and the Ghost of Christmas Past by Traci Wilton

Mrs. Morris and the Ghost of Christmas Past 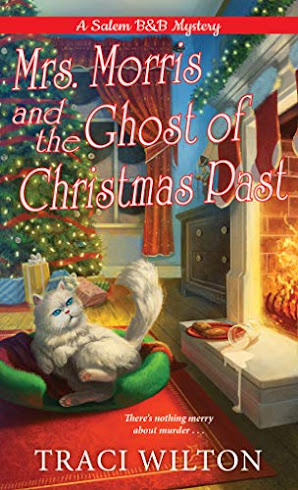 Book Summary
Salem, Massachusetts B&B owner Charlene Morris is looking into a holiday hit-and-run, with a little help from her ghostly housemate . . . Charlene’s parents are in town for Christmas, and her mother is driving her up a tree. Her bed-and-breakfast’s resident ghost, Jack, isn’t fond of her either—and he’s showing it with some haunting high jinks. But when Charlene takes her mom and dad out for dinner, the less-than-seasonal spirits take a deadly turn. David Baldwin has just won a fortune in the lottery—and it adds a lot of drama to the charity auction he’s hosting at his restaurant. When he caps off the evening by playing Santa and handing out checks to some of the attendees, the mood shifts . . . and Charlene observes mysterious tensions between David and his flashy, bleached-blonde wife, his neglected teenage son from a previous marriage, and his hostile business partner, among others. And they’re only a few on the long list of potential suspects when David runs into the road and is mowed down by a fleeing motorist. Now it looks like it’s going to be homicide for the holidays . . 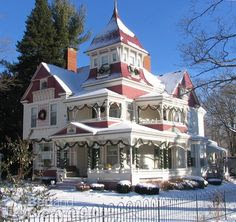 Charlene Morris and parents are dining at Bella’s in Salem, Massachusetts.  It is a charity dinner to raise funds for Felicity House.  After an awkward moment involving envelopes, David Baldwin (the restaurant’s co-owner) starts acting odd.  He takes off running outside where he is hit by a car which promptly takes off.  David has just won the lottery which had people coming out of the woodwork with their hands out.  He has a wife who was enjoying the riches, but she is also has a boy toy on the side.  Charlene sets out to dig up the truth.  She is also trying to raise funds so the kids at Felicity House can have a happy holiday since someone decided to put the kibosh on a donation.  Can Charlene wrap up the mystery before Christmas Eve? 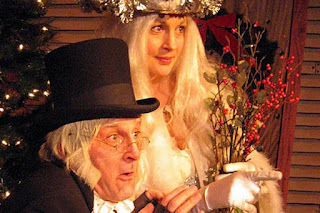 Mrs. Morris and the Ghost of Christmas Past by Traci Wilton is the third novel in A Salem B&B Mystery series.  I would suggest reading the series in order.  I found myself a little confused for the first couple of chapters (and I have read Mrs. Morris and the Ghost).  There were so many characters introduced that I found it hard to keep everyone straight (it gets better after the first couple of chapters).  We get to meet Charlene’s parents who are in town for ten days (and Charlene is counting down the days).  I like Charlene’s father, but her mother is a piece of work (a real negative nelly).  I just love Jack, the resident ghost of the bed and breakfast.  He is handsome, kind, caring, thoughtful, and amusing.  Jack pulls some humorous pranks.  I love the setting of Salem.  It is a wonderful town rich in history.  I enjoy the vivid descriptions of the area as well as Charlene’s beautiful bed and breakfast.  Charlene actively investigates the hit-and-run.  She asks questions and happens to overhear some pertinent information.  There is a red herring or two along with plenty of suspects.  I liked the mystery.  You need to pay close attention to the clues if you are to identify the guilty party.  I do not know why Sam bothers to tell Charlene to stay out of the case.  He should know by now that she is not going to do it.  I love how Jack helps Charlene work through the clues.  I would like to see more of Jack in future books (he needs to work on his jealousy though).  There is a great Christmassy atmosphere in the story.  I thought it was wonderful what Charlene is trying to do to help Felicity House.  Overall, an enjoyable and entertaining cozy mystery (except for Charlene’s mother).  Mrs. Morris and the Ghost of Christmas Past is a charming whodunit with flavorful pasta fagioli, a deadly hit-and-run, a glum mum, a jealous Jack, a dearth of donations, a handy new helper, and a Happy Holiday! 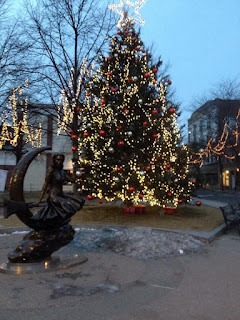 Mrs. Morris and the Ghost of Christmas Past is available from Amazon*.  You can find the other A Salem B&B Mysteries here.  The first novel in A Salem B&B Mysteries is Mrs. Morris and the Ghost and it is on Kindle Unlimited.  Thank you for visiting today.  I will be back tomorrow with Christmas with the Bobby Girls by Johanna Bell.  It is the 3rd book in The Bobby Girls series.  I need to go get gift bags for the larger gifts today (without spending a mint).  If I can find a mermaid bag for my youngest niece, it would be fabulous.  She is into mermaids this year (made shopping easier).  I found shopping for my oldest niece the hardest.  She is twelve going on thirty.  Too old for toys but too young for some of the teen items (make up for example).  I hope you have a jolly day.  Take care, be kind, and Happy Reading! 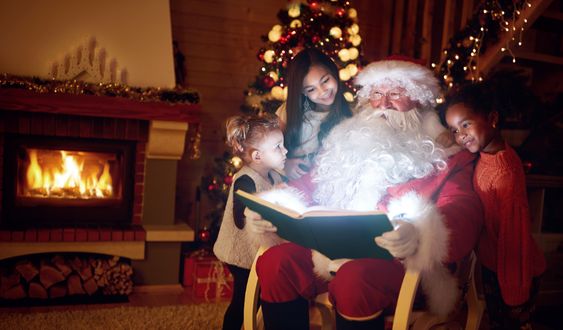