Renewed for Murder by Victoria Gilbert 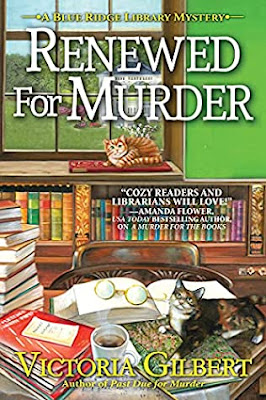 August in Taylorsford, Virginia finds library director Amy Webber and her new husband, dancer Richard Muir, settling into married life--and a new project. Richard and his dance partner, Karla, are choreographing a suite based on folk music and folk tales, while Amy scours the library's resources to supply background information on the dance's source material. But the mellifluous music comes to a jarring halt when an unknown woman's body turns up in Zelda Shoemaker's backyard gazebo.

Chief Deputy Brad Tucker puts Zelda at the top of his suspect list, thanks to a blackmail letter he finds in the dead woman's pocket. Zelda's best friend, Amy's aunt Lydia Talbot, begs Amy to use her research skills to clear Zelda's name. But the task is confounded by Zelda's very out-of-character refusal to reveal why the victim might have blackmailed her.

Complicating matters further, Amy unearths records of a long-ago tragedy that casts doubt on Zelda's innocence. She enlists hubby Richard, Aunt Lydia, art dealer Kurt Kendrick, Mayor Sunny Fields, and sundry other quirky townsfolk in a quest to exonerate Zelda. But will revealing the truth end up forcing Zelda to spend the rest of her life behind bars?

Meanwhile, the killer is still out there. Amy had better be fleet on her feet, because death is on her dance card, and her number may be up. 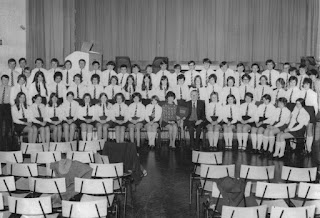 Amy Webber Muir is the library director in Taylorsford, Virginia.  She is enjoying married life with her husband, Richard who is being with the upcoming arts festival.  Aunt Lydia stops by and mentions that her best friend, Zelda Shoemaker has not been herself.  Aunt Lydia gets a call for help from Zelda, and they rush over.  They find a woman dead in Zelda’s gazebo, and she looks eerily like Zelda.  The evidence mounts up against Zelda putting her at the top of Chief Deputy Brad Tucker’s suspect list.  Amy must use her skills to help clear Zelda’s name before she ends up in the hoosegow. 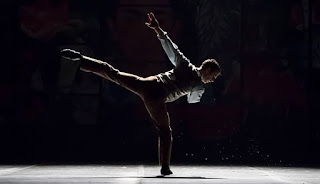 Renewed for Murder by Victoria Gilbert is the sixth A Blue Ridge Library Mystery.  It can easily be read as a standalone for those new to the series.  There is a diverse cast of characters in this series.  They are developed and relatable.  I have enjoyed getting to know the people of Taylorsford.  It is a charming Southern town that appreciates books and the arts.  The mystery was well plotted.  There are several suspects in this whodunit that could have committed the murder.  Amy is busy researching the background of each suspect in the hopes of finding a clue.  She enlists help from her friends in obtaining information since the case seems to tie back to the 1970s.  The whodunit is a bit convoluted, and I thought the reveal dragged on a little too long.  There seemed to be no urgency to solving the crime.  The pace of the story was languid (it needed an injection of action).   There are clues to help readers solve the crime.  You just need to pay attention and piece it all together.   The mystery is completely resolved at the end.  There are plenty of cozy moments with relatives and loved ones.  It is good to see Richard and Amy happy together.  Aunt Lydia is enjoying time with her beau as is Sunny.  There might even be a special someone for Zelda if they can clear her of this pesky murder charge.  Renewed for Murder ends on a high note with a lovely ending.  Renewed for Murder is a charming whodunit with a bothered best friend, a dead doppelganger, curious clues, a choir congregation, a lovey dovey duo, a fun festival, and a mysterious murderer. 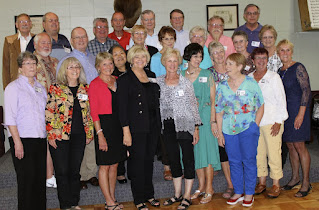 Renewed for Murder is available from Amazon*.  You can find the other A Blue Ridge Library Mysteries here.  The digital version of Shelved Under Murder and Bound for Murder are on sale (they were on sale when I wrote this post but the prices are subject to change without notice).  You can find all of Victoria Gilbert's novels here.  I appreciate you stopping by today.  I will return tomorrow with Christmas Candy Corpse by Rosemarie Ross.  It is the 3rd A Courtney Archer Mystery.  I hope that you have a peaceful day.  Take care, be kind, and Happy Reading! 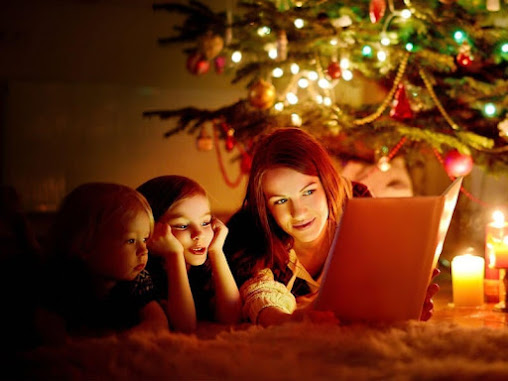