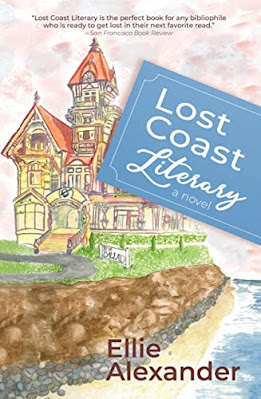 When an editing pen has the power not only to change stories but also to change lives.

Book editor Emily Bryant finds herself unexpectedly in the charming town of Cascata on California’s Lost Coast, holding the keys to her grandmother’s rambling Victorian mansion. While sorting through her grandmother’s things, Emily learns that she must edit old manuscripts to inherit the estate. It’s a strange request from a family member who was basically a stranger.

Emily quickly realizes that there’s something different about these manuscripts. Any changes she makes come true. At first, she embraces the gift. She has a chance to help characters find true love or chart a new course for their future. But then things go terribly wrong. Her edits have the opposite effect. The sweet and funky seaside community of Cascata is reeling from the chaos Emily has created. Everything she thought she believed about her family and her past is in jeopardy, and no amount of editing can fix the damage she’s done.

Then she finds one last manuscript. If Emily can get this edit right, maybe she’ll have a chance to create a new narrative for herself and everyone around her.

My Thoughts
Lost Coast Literary by Ellie Alexander has Emily Bryant, an assistant editor in New York, inheriting a beautiful Queen Anne Victorian in Cascata, California after the passing of her grandmother.  Emily has not seen her grandmother since she was a child.  She does not know why Grandmother Gertrude, or the rest of her paternal family never tried to see her or contact her.  Her father refuses to discuss it.  The will does have a stipulation.  Emily must edit the forsaken manuscripts in order to claim her full inheritance.  Emily loves editing manuscripts and attacks the first one in the stack.  When she goes into town later, she encounters the people in the manuscript.  The scene she edited plays out in front of her.  Emily edits another manuscript and waits. The same thing happens.  But then the edits do not go the way she expected, and Emily wonders how she can fix things.  Emily must also decide what to do with her inheritance.  She just got her dream job in New York.  The more time Emily spends in Cascata, the more she wonders if New York is the place for her.  In the library, Emily finds another manuscript but this one hits close to home.  Can this manuscript hold the answers Emily seeks?

Lost Coast Literary is a story for booklovers.  There are numerous book references throughout the book.  I found this to be an interesting story.   It is well-written with a good flow.  The author provided good descriptions that allowed me to visualize the town with its quirky shops and the beautiful Queen Anne Victorians.  Most of the time the author managed to strike a balance between too much detail and too little.  There are some instances when extra details were not needed (detailed descriptions of people’s clothing and the specific name of each flower).  There are a variety of secondary characters in the story.  I liked Emily’s paternal family, especially Shay.  The paranormal element was intriguing.  I wish we had gotten to learn more about it.  I felt like we just scratched the surface.  The ending seemed rushed and incomplete.  I did not understand the author’s need to introduce a love interest for Emily late in the story.  It was an unnecessary addition and did nothing to enhance the story.  I found myself baffled at times by Emily.  Her dream job is to be an editor with her own clients.  She inherits Lost Coast Literary which is an established agency with clients.  She could be her own boss and get published the type of books she wants (like the manuscript she tried to pitch to her bosses in New York).  I thought she would jump at the chance instead of returning to the cramped New York apartment and being an assistant editor.  There is repetition of information in the story (especially regarding the inheritance, dream job, size of her New York apartment, paternal family abandoning her, dad not providing details on rift) and a smattering of foul language.  I enjoyed reading Lost Coast Literary.  I cannot help but love a story that features books.  I would love to inherit The Ballad (Gertrude’s Victorian home).  Lost Coast Literary is a bibliophile delight with an unanticipated inheritance, a venerable Victorian, a distraught relative, a wonky will, a reticent father, mystifying manuscripts, peculiar coincidences, and missing memories.

Lost Coast Literary can be pre-ordered from Amazon*.  It comes out Tuesday, March 29.  Ellie Alexander's next novel is Donut Disturb which publishes June 28.  It is the fifteenth A Bakeshop Mystery.  You can follow Ellie Alexander on Amazon to receive an email when she is publishing a new book. I featured pictures from Arcata, California today which is in the same area as the fictional town in Lost Coast Literary.  There are some beautiful Victorian homes in the town. Thank you for dropping by today.  Tomorrow I am featuring A Matter of Hive and Death by Nancy Coco.  It is the second An Oregon Honeycomb Mystery.  I hope that you have a special day.  Take care of yourself and Happy Reading! 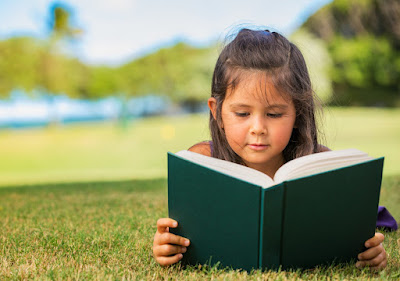