The Art of the Decoy by Trish Esden: Review, Excerpt, Recipe, and Giveaway!

The Art of the Decoy

About The Art of the Decoy The Art of the Decoy (A Scandal Mountain Antiques Mystery)

After her mother is sent to prison for art forgery, Edie Brown returns to Northern Vermont to rebuild her family’s fine art and antiques business. She’s certain she can do it now that her mother is gone. After all, butting heads with her mom over bad business practices was what drove Edie away three years ago, including a screwup that landed Edie on probation for selling stolen property.

When Edie scores a job appraising a waterfowl decoy collection at a hoarder’s farmhouse, she’s determined to take advantage of the situation to rebuild the business’s tarnished reputation and dwindling coffers. In lieu of payment, Edie intends to cherry-pick an exceptional decoy carved by the client’s renowned Quebecoise folk artist ancestors. Only the tables turn when the collection vanishes.

Accused of the theft, Edie’s terrified that the fallout will destroy the business and land her in prison next to her mom. Desperate, she digs into the underbelly of the local antiques and art world. When Edie uncovers a possible link between the decoy theft and a deadly robbery at a Quebec museum, she longs to ask her ex-probation officer, and ex-lover, for help. But she suspects his recent interest in rekindling their romance may hide a darker motive.

With the help of her eccentric uncle Tuck and Kala, their enigmatic new employee, Edie must risk all she holds dear to expose the thieves and recover the decoys before the FBI’s Art Crime Team or the ruthless thieves themselves catch up with her. Trish Esden loves museums, gardens, wilderness, dogs, and birds, in various orders depending on the day. She lives in northern Vermont where she deals antiques with her husband, a profession she’s been involved with since her teens. Don’t ask what her favorite type of antique is. She loves hunting down old bottles and rusty barn junk as much as she enjoys fine art and furnishings. 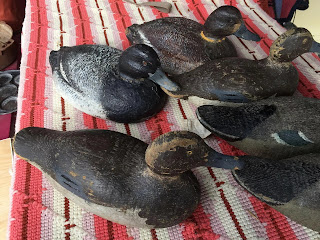 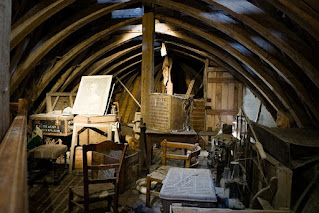 THE ART OF THE DECOY, a Scandal Mountain Antiques Mystery

Nina snagged Gracie’s hand. “I’m guessing it would be easier to work on the appraisal without distractions.”

“As long as you’re comfortable leaving us alone,” I said.

She waved off the comment. “I just appreciate you being willing to do this, especially on a Sunday. We’ll be in the kitchen if you need us. We have some cooking to do, right Gracie?” 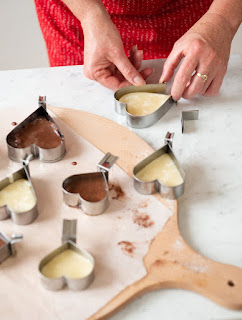 “Yes, it is. Except this batch isn’t for him. This is for dance class.”

Tuck stood up straighter. “That’s one of my favorite treats too.”

Nina grimaced, a tinge of pink flushing up her neck and across her cheeks. “I’m using a recipe from Frank’s mother. She was an amazing cook. Mine, however, will probably come out more like rocks than sugary fudge.” 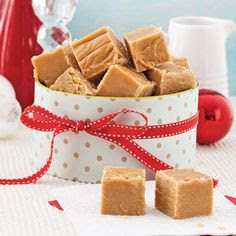 1.   Butter 9x9 pan then line with parchment paper (parchment should hang over edge of pan to make removal easier). 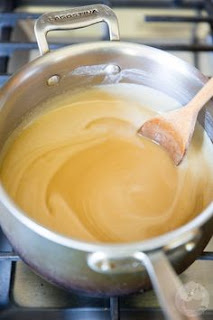 3.   Once it reaches boil, lower to medium heat, boil without stirring until it reaches soft ball stage (238 degrees F on candy thermometer) 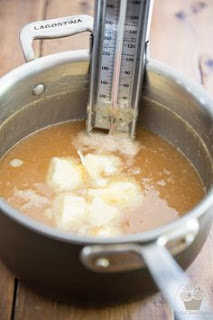 5.  Beat with mixer or by hand until mixture thickens and loses its gloss (color will become lighter and dull). 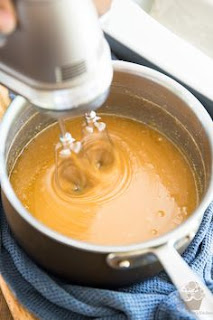 6.   Pour immediately into lined pan, sprinkle with nuts (if desired) and refrigerate for 1-2 hours. (The sucre a la creme can be scored with knife before refrigerating to make it easier to cut after hardening) 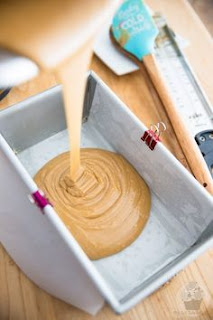 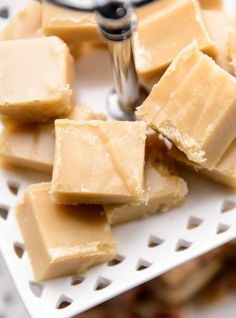 The Art of the Decoy by Trish Esden is the first book in A Scandal Mountain Antiques Mysteries.  This is one busy cozy mystery with an attempted murder, a robbery, a museum heist, a murder, and more.  We travel to Scandal Mountain, Vermont where Edie Brown is returning after being gone for many years.  Her mother has just been sentenced to nine months in prison for art forgery and someone is needed to run the family antique store, Scandal Mountain Fine Arts & Antiques.  At an antique appraisal fair, Edie meets Nina with an antique duck decoy.  Edie secures the job of appraising the Bouchard family collection which could be quite lucrative for the store and the Bouchard family.  When the decoys go missing, Nina cries fowl accusing Edie of the theft.  This would forever destroy the business and land her in prison (she could be roommates with her mother).  She gets Nina to agree to give her a chance to recover the lost decoys.  Edie is given a tight timeline.  Edie works with her Uncle Tuck and new employee, Kala Acosta to uncover who stole the antique waterfowl collection and recover them. 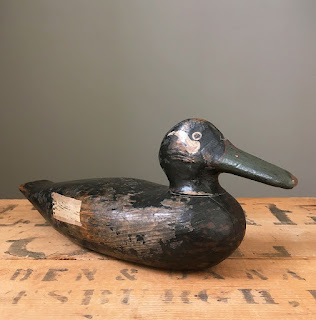 The author provided beautiful descriptions of Vermont.  I also enjoyed the details on the various antiques, especially the duck decoys.  It sounded like an amazing collection. There are a variety of characters in the story with my favorites being Edie’s Uncle Tuck and Kala (a clever girl with lots of energy).  The mystery was multifaceted.  There are some unlikeable characters (our villains) who may or may not be guilty.  Many of them appear guilty, but you never know.  The reveal will have you holding on as Edie speeds toward the conclusion to wrap up the case.  We get some answers along the way with the complete details at the end.  There is a romantic interest for Edie in the form of her old probation officer and lover.  I could have done with less of this element.  I felt it was a little heavy handed in the beginning. The story does contain foul language, mention of intimate situations, and references to wacky tobacky. There are some wonderful antiques mentioned in this book (I grew up surrounded by them with two aunts in the business).  There are duplicitous people out there who will be happy to take advantage of people to make a buck.  The Art of the Decoy has a crafty whodunit with prized duck decoys, an antique appraisal, an enthusiastic employee, a grumpy Gerard, a former lover, filched fowl, a curious connection, and a rough wrap-up. 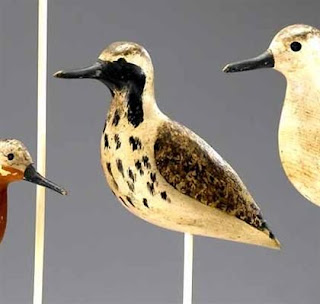 The brrring of the phone bounced off the van’s metal walls.

Jolting from an adrenaline-fueled dream involving dumpster diving and a Fabergé egg, I fumbled under the pillow for the offending device. “Hello?”

Aaarggh. Of course, I was awake. Now. If it had been anyone other than my uncle, I’d have bitten their head off for calling at two in the morning. 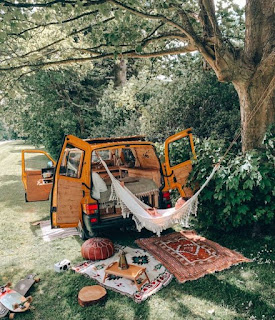 “Hang on a minute.” Wriggling out of the sleeping bag, I squeezed toward the van’s sliding door, past suitcases and an early nineteeth-century blanket box from a rummage sale. Though nowhere near as life-altering as discovering a Fabergé egg in a dumpster, the blanket box was a quality piece and an easy sell. I had a knack for finding such things, even when they were hidden amid piles of fakes and other junk. Perhaps it came from growing up in the antiques and art trades, now a fine-tuned instinct after years of tagging along with my grandparents. Maybe it was heightened by my education and internships. Whatever, the neurons at the back of my brain jumped to life every time I crossed paths with a genuine, quality piece.

As I slid the van door open, the overhead light flashed on. The smell of smoldering campfires hung in the damp air. Frogs chimed in the distance. 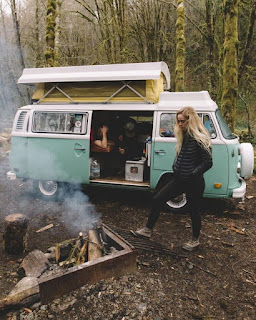 “You still there?” Tuck asked.

“Yeah. What’s going on?” I settled down in the van’s open doorway. As a rule, Tuck didn’t keep normal hours. Still, this was late, even for him.

“I meant to call earlier. Kala and I were away at an auction.”

I closed my eyes and prayed that the months of waiting and not knowing had come to an end.

The air bottled up in my lungs released. Finally. “So she decided not to risk going to trial.”

“Didn’t have much choice. It could have been a lot worse.”

“You’re right about that.” Even the thought of jail terrified me. “I still don’t understand how Mom got herself into this situation. She knows what’s legal and what isn’t.”

Tuck was silent for a moment. “Edie, I need you to come home.”

“I’d love to see you, but I’m camped out in the Berkshires, doing a flea market this weekend.” 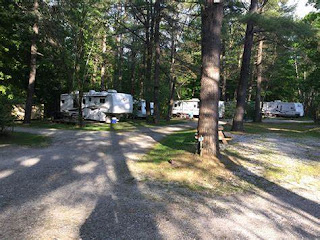 “Your internship at the auction house is over, right?”

“Yeah. Last week.” A sick feeling knotted in my chest. He was up to something.

“I didn’t mind helping your mom, but that doesn’t mean I can do everything on my own. Plus, I have the gardens and my African violets…” 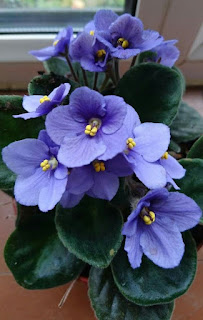 As he rambled on about retirement and his latest horticultural ventures, thoughts of the longtime family business seeped into my mind: Scandal Mountain Fine Arts and Antiques. For decades, collectors and dealers had flown in and driven up to northern Vermont to buy from us. Famous artists had held court in the shop and camped out in the spare bedrooms. I vividly remembered racing home from grade school to watch my grandparents unbox their latest finds: primitive paintings, folk art carvings, etched powder horns… so many stunning pieces created by master artisans, history and beauty melding together. I thought of the warmth and strength of Grandma’s hands, and the scent of Grandpa’s corduroy jacket, beeswax, lemon oil, and damp humus.

But along with success came rivals and trouble, and the plane crash that killed my grandparents. After that, Mom took over the business. She was hopelessly inept. It had been nearly three years since I’d lived at home and attempted to work for her. One of her lapses had culminated in my arrest for selling stolen property. Thank you very much, Mom. 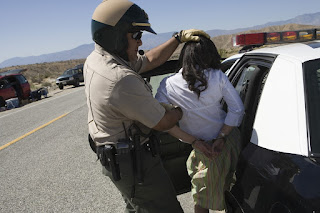 Tuck cleared his throat, pulling me from my thoughts. “There’s this appraisal event coming up. An Antiques Roadshow sort of deal. The shop’s under contract to be there, but it’s going to be hard to pull off without your mom’s expertise. I really could use your help.”

“I can’t believe they’d want any of us there. Mom’s arrest has been in the news for months.”

“It’s here in Scandal Mountain. Will you do it? Please.” 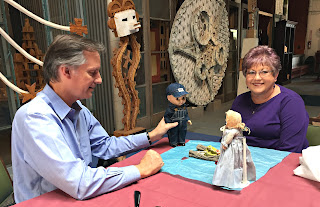 I rubbed a hand over my face. I was good at saying no, but this was Tuck and he rarely asked for anything. “All right. When is it?”

“Tomorrow. Actually, today—it is after midnight.”

“You’ve got to be kidding! I’m five hours away.”

“That’s why I called now. It’s on the village green. Ten o’clock sharp.” He hung up. 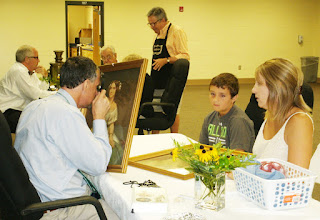 I stared at the phone, then laughed. Tuck, the slick bastard. He’d purposely called at the last minute so I wouldn’t have time to wiggle out of the deal, and I’d fallen for it hook, line, and sinker.

And that definitely wasn’t normal for me. Are you ready to read The Art of the Decoy?  The Art of the Decoy publishes April 5.  The Art of the Decoy is available from Amazon, IndieBound, Barnes & Noble, Books-a-Million, and Kobo.  Trish Esden is giving away a gift basket for mystery lovers (over $50 value--sorry, but only open to those in the U.S.).  To enter, click here or enter using the Rafflecopter form below.  Leave a comment on my blog for an extra entry.  Good Luck!  Thank you for joining me today.  I will return tomorrow with my thoughts on A Relative Murder by Jude Deveraux.  It is the fourth A Medlar Mystery.  I hope that you have a fulfilling day.  Do not forget to leave a comment for an extra entry in the giveaway! Take care, stay safe, and Happy Reading! 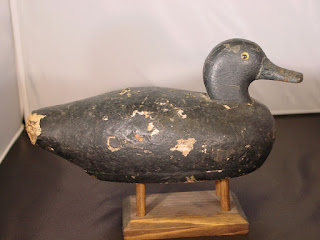 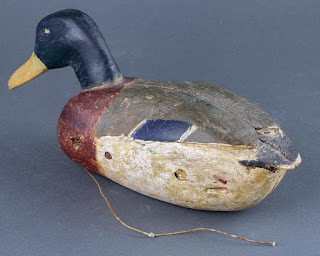 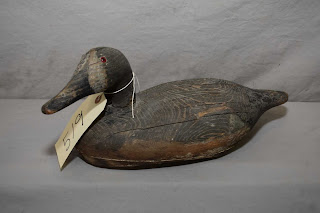 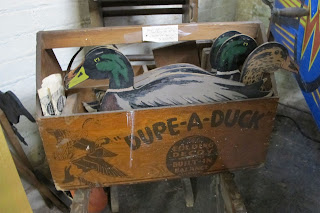 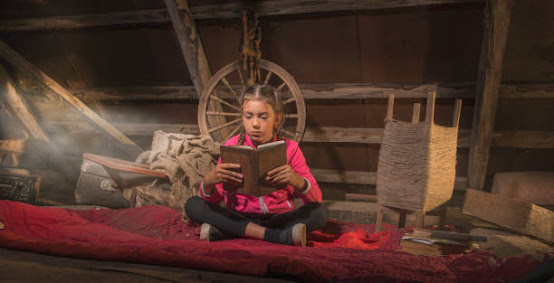