A Desperate Hope by Elizabeth Camden 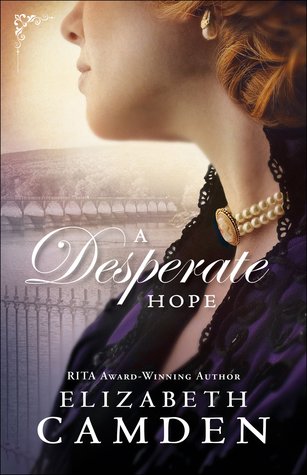 Welcome! It is hard to believe that today is the last day of November.  Before we know it, 2019 will be over.   I am switching my Sunday feature to today for this week.  On Sunday's I review a book that I was unable to when it was released.  I am featuring Elizabeth Camden today who wrote An Empire State Novel series.  Elizabeth Camden is best known for her historical novels set in the gilded age with clever heroines and richly layered storylines.  Before becoming a writer, Elizabeth was an academic librarian at some of the largest and smallest libraries in America.  Her favorite library, though, is the continually expanding one in her own home.  Elizabeth lives in Florida with her husband who graciously puts up with her stockpile of books.  The author's latest series is Hope and Glory which began with The Spice King.  The next book in that series is The Gilded Lady which comes out on June 2, 2020.   Christmas at Whitefriars is a new novella that released in October.

A Desperate Hope by Elizabeth Camden takes us back in time to 1908 in New York.  Eloise Drake is an accountant for the New York State Water Board, and she has been handling the bills for the Duval Springs project.  Eloise is prim, proper and believes in following the rules.  She learned the hard way that it does not pay to follow your heart and break the rules.  Then she learns that she is being sent to Duval Springs to where the state plans to obliterate the town for the state’s new reservoir which will supply water for New York City.  Alex Duval is the mayor of Duval Springs and he has been fighting the state’s decision for the last five years.  They may have lost the suit, but Alex is determined to save the town.  Alex is shocked to see that Eloise is on the team charged with demolishing the town.  He has not seen Eloise in twelve years, but that has not diminished his love for her.  Alex comes up with a plan that could save the town.  He needs Eloise’s help, though, to pull it off.  Alex not only wants to save Duval Springs, he wants to win back Eloise.  Will Alex be able to save Duval Springs and captures Eloise’s heart?
A Desperate Hope by Elizabeth Camden is the third An Empire State Novel.  It can be read as a standalone.  However, they are three delightful historical novels that tie together beautifully.  Elizabeth Camden provides an engaging story with developed characters and a multifaceted story.  Eloise is a mathematical genius who dresses in an understated manner to evoke a prim and proper appearance.  Eloise is prickly but who can blame her after what happened when she was caught with Alex Duval.  She likes to be needed and to help others.  Returning to Duval Springs is the last thing Eloise wishes to do, but that is where her boss is sending her.  Alex Duval fell in love with Eloise when she was a teen, but then her guardian yanked them apart.  He has not forgotten her, and Alex still loves her.  He has been fighting the state of New York to save the town.  Duval Spring resides in a valley that is perfect for the state’s new reservoir which will provide water to New York City.  Alex lost the lawsuit, but he is not done trying to find a way to save his town.  Alex is a strong character with a good heart.  You can tell how much he cares for the town and its residents.  There are other subplots going on in the story.  Elizabeth Camden beautifully weaves it all together into one compelling story.  I like that Nick and Rosalind from A Daring Venture appear in the story.  The point-of-view alternates between Alex and Eloise so we get to see both sides.  I like that because men and women see things in different ways.  I appreciated the epilogue that nicely wrapped up A Desperate Hope.  I liked the messages in the story especially that a child can grow up to be whatever they want.  Christian values are beautifully woven into the story.  I can tell that the author did her research.  There are discussion questions at the end which is helpful for book groups.  I enjoyed all three novels in An Empire State Novel series, and I look forward to reading Elizabeth Camden’s next book.  A Desperate Hope fascinating story that will hold your attention until you finish the very last word.
A Desperate Hope can be purchased through Amazon* (Amazon UK) and other major booksellers.  The other two novels in An Empire State Novel series are A Dangerous Legacy (currently available through Kindle Unlimited) and A Daring Venture.  For details on towns lost to reservoirs in New York, read this article.  I will return tomorrow to feature Christmas from the Heart by Sheila Roberts.  I hope you have a leisurely day.  Take care and Happy Reading! 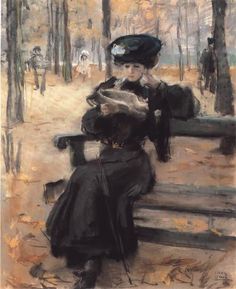