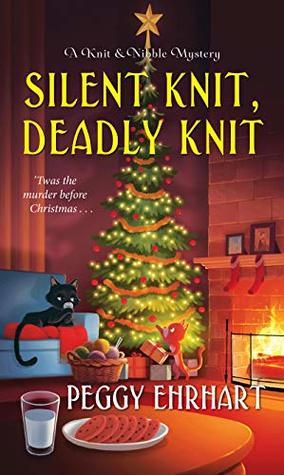 Good Day!  Have you begun your Thanksgiving preparations yet?  My mother and I are trying to decide what to fix this year because neither of us are fans of turkey.  I am pushing for fried chicken while my mother prefers baked chicken.  We will see which one wins.  Do you like a traditional Turkey Day meal? 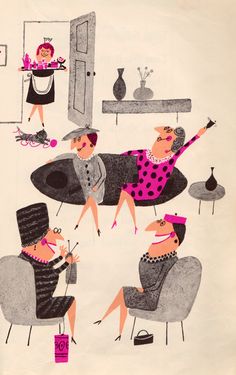 Silent Knit, Deadly Knit by Peggy Ehrhart has Pamela Patterson enjoying the holiday in Arborville, New Jersey with her daughter, Penny who is home from college for winter break.  Pamela is decorating cookies with Bettina and Wilfred Fraser for the next Knit & Nibble meeting when she gets a frantic call from Penny.  She was sketching in the nature reserve when Penny found a dead woman.  Pamela, Bettina and Wilfred rush to the nature reserve where Bettina recognizes the victim as Millicent Farthingale who owns a local craft store.  Bettina notices that the scarf Millicent was wearing earlier is now missing.  Pamela soon learns that there are several suspects in Millicent’s death including her boy toy husband, craft store partner, and her newly discovered sister.  Pamela believes the missing handknit scarf is a vital clue to the killer.  The Knit and Nibble group have their work cut out for them if they are to wrap up this case before Santa rides into town. 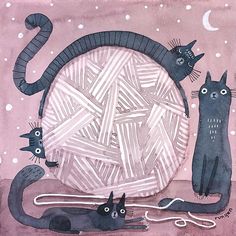 Silent Knit, Deadly Knit by Peggy Ehrhart is the fourth A Knit & Nibble Mystery.  Pamela, Wilfred, Bettina and the knitting group are back.  They are gearing up for Christmas by finishing last minute gifts and enjoying Christmas cookies.  Pamela is happy to have her daughter, Penny home for the winter holidays. I like the diverse group of people that make up the knitting group. They are friendly bunch who get together to create beautifully knit items while they chat and eat items that they have made.  Of course, when there is a murder to solve, they brainstorm and snoop.  I like that we get to learn more about Pamela as well as the knitting members in each story.  We also get to catch up on the lives of the kittens who love to chase yarn and get into mischief.  There are some lovely yarn descriptions that had me wanting to add to my stash (which consists of six large totes at the moment).  Pamela and the knitting group get involved in the death of Millicent Farthingale.  Millicent is a woman of means who is married to Pierre, a French Canadian and owns a local craft store.  The mystery was not the primary focus of the book.  Pamela was focused on decorating for the holidays, making cookies, and spending time with Penny.  There are a couple of suspects in Millicent’s death, but the killer can be pegged in the first quarter of the book.  I wish the mystery had been the focus and that it had been more complex.  I am glad that the romance between Pamela and Richard is not being rushed.  However, I believe it is time to move forward and for them to actually go out (they have been acting juvenile for two mature adults).  Silent Knit, Deadly Knit is nicely written, and the story moved along at a nice pace.  It can be read as a standalone for those new to the series.  There are lovely cozy moments and some humor sprinkled throughout.  Silent Knit, Deadly Knit is a merry cozy mystery with scrumptious cookies, yummy yarn, fun felines, Christmas carols, and a meddlesome murder. 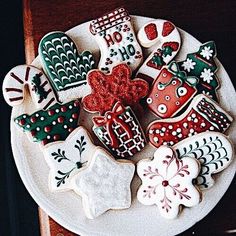 Silent Knit, Deadly Knit can be purchased at your favorite retailer including Amazon* (Amazon UK).  A Knit & Knibble Mystery series consists of Murder, She Knit, Died in the Wool and Knit One, Die Two.  The next A Knit & Knibble Mystery is A Fatal Yarn which comes out March 31, 2020.   Thank you for stopping by today and reading my review.  I plan on sharing my thoughts on What Comes My Way by Tracie Peterson tomorrow.  It is the third and final book in Brookstone Brides trilogy.   May you have a cheerful day.  Take care of yourself and Happy Reading! 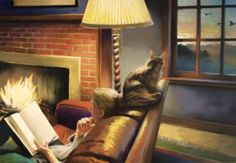