Poppy Redfern and the Midnight Murders by Tessa Arlen 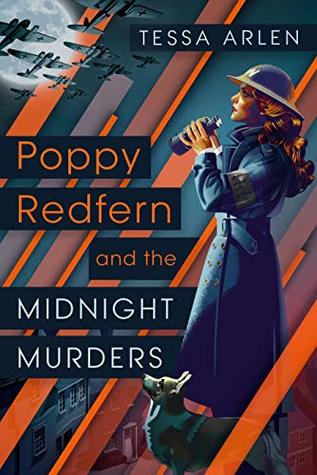 Good Day!  Murder with Cherry Tarts by Karen Rose Smith will be out on November 26 as well as Cobblered to Death by Rosemarie Ross and Invitation Only Murder by Leslie Meier.  An Amish Christmas Promise by Jo Ann Brown releases on December 1.  Now is the time to start giving hints to family and friends for holiday gifts (such as an Amazon Gift Card so you can buy books).  I love to give books as gifts.  How about you? 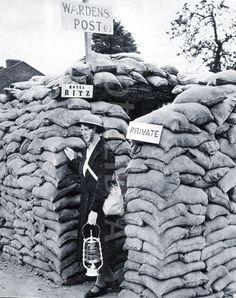 Poppy Redfern and the Midnight Murders by Tessa Arlen has Poppy Redfern, in the summer of 1942, returning to Little Buffenden, England after completing her training in London.  Poppy is the be the villages Air Raid Precautions Warden (aka Air Raid Warden).  She spends her evening patrolling Little Buffenden making sure the residents are adhering to the rules because stray light could give enemy planes their position.  They need to be cautious with the newly completed American airfield nearby on the farmland belonging to Poppy’s family.  Their home, Reaches was also requisitioned by the War Office for the American Air Force.  While out on patrol, Poppy encounters Lt. Griff O’Neal who has moved into Reaches.  The local single women are thrilled with the influx of Americans soldiers who take them out dancing and to the pictures.  But then Doreen Newcombe is found strangled with nylon stockings and suspicion falls onto an American soldier.  When a second girl is found dead, the soldier is arrested.  Poppy has her doubts and so does Lt. O’Neal.  The pair team up to uncover the truth.  Can Poppy unmask the killer before another girl is attacked? 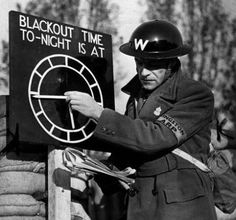 Poppy Redfern and the Midnight Murders by Tessa Arlen is the first A Woman of WWII Mystery.  I love the cover of this new historical cozy mystery.  Poppy Redfern is a spunky woman who has become the Air Raid Warden for Little Buffenden, England.  She spends her daytime hours working on a novel featuring her heroine, Ilona Linthwaite and her evening patrolling the village.  But then someone begins killing off the young women in the town who are dating American soldiers.  Poppy believes the wrong man was arrested for the crime and so does Lt. Griff O’Neal.  The two work together to get to the truth.  I thought Poppy was a great character with her red hair and zest for life.  I appreciated that she had a unique position as Air Raid Warden. She is more progressive than the grandparents who raised her and she currently lives with in their small village.  I wish the author had taken the time to establish the other characters.  I would have liked more on Griff and Poppy’s grandparents.  We are introduced to a number of villagers and I found it difficult to keep them straight.  The author captured the time period with rationing, homes requisitioned, lack of men, air raids, planes flying overhead, Anderson shelters and bombs dropping out of the sky.  I felt like I was transported back in time with the author’s descriptive writing.  I did find the pacing to be on the slow side.  I wish it had a little more pep.  The mystery had some good components.  There are two dead women, unique murder weapons, misdirection, and a unique takedown scene.  Unfortunately, the guilty party stood out like a beacon on a dark night.  I would have liked a complete wrap up instead of part truth and part supposition.  I also felt the book needed more action and less of Poppy thinking (about her book, the town, Griff, the case).  Little Buffenden is a typical small town.  Poppy has known the residents her whole life.  They like to offer advice plus pump her for information.  Gossip spreads rapidly in this quaint hamlet.  This is a good start to a new historical mystery series.  The ending gives us a glimpse of what Poppy will be up to in the next book.  Poppy Redfern and the Midnight Murders is an appealing new historical cozy mystery with bomb blasts, good natured gossips, ration regulations, a hijacked house and a conniving killer.

Poppy Redfern and the Midnight Murders by Tessa Arlen is available through major booksellers (iBooks, Kobo, Barnes & Noble, Google Play, Waterstone's) including Amazon* (Amazon UK).  Tessa Arlen is the author of A Lady Montfort Mystery series.  Thank you for joining me today.  I will be back tomorrow with my review of  Nogged Off by Barbara Ross.  It is A Maine Clambake Mystery (a mini one).  I hope you have a joyful day.  Take care and Happy Reading!


*This post contains affiliate links.
Posted by Kris Anderson, The Avid Reader at 12:00 AM