The Child from the Ash Pits by Chrissie Walsh: Review, Excerpt and Giveaway! 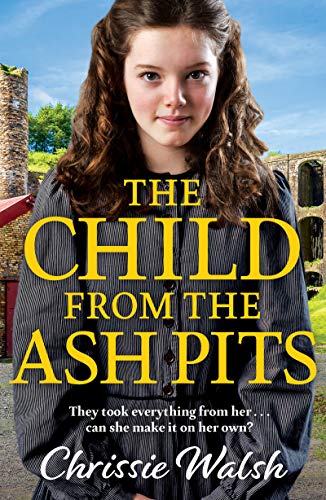 Welcome!  Chrissie Walsh was born and raised in West Yorkshire.  Chrissie trained to be a singer and a cellist before becoming a teacher.  When she married her trawler skipper husband, they moved to a small fishing village in Northern Ireland.  Chrissie is passionate about history.  Her passion and knowledge shine through in her writing.  The Girl from the Mill was Chrissie's debut novel.  Readers can follow Chrissie Walsh on Facebook and Twitter (@WalshChrissie). 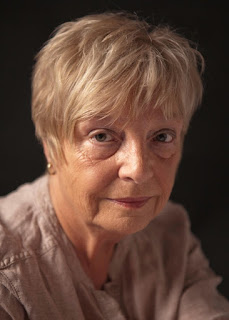 In the aftermath of the General Strike, times are tough for coal miners and their families. Can little Cally break free from poverty, and forge a successful life for herself?

When Cally loses her beloved mum, she hopes her father will comfort and protect her. But instead she soon acquires a cruel and vengeful stepmother, and Cally begins to fear that she is on her own.
Through uncomfortable years in service, to a terrifying brush with the streets, through hard work and determination, Cally finally finds a place for herself. She even trusts enough in the future to create her own family, despite being so cruelly abandoned by her own.

At last in a place of peace and contentment, Cally has all she ever hoped for, but with World War 2 looming, how long can she hold on to the people she loves?
Taking us from 1926 all the way to end of the Second World War, Chrissie Walsh has written a heartbreaking tale of love and survival, perfect for fans of Dilly Court and Lyn Andrews. 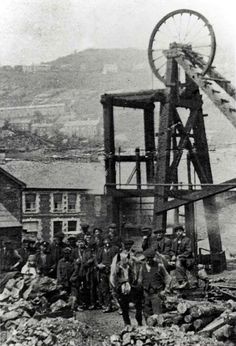 The Child from the Ash Pits by Chrissie Walsh takes us back in time to 1926.  Cally Manfield is nine years old when her mother passes away and her life changes forever.  The Child from the Ash Pits takes us from 1926 through the end of World War II.  Despite her humble beginnings, Cally was determined to get ahead.  There were numerous obstacles put in her path.  Cally had a horrible stepmother who intensely disliked her and a father who failed to stand up for her.  She is intelligent and worked diligently on her studies.  Cally is tested throughout her whole life, but she perseveres thanks to her strength and determination.  A saying of her mother’s guides Cally.  It is “Happiness doesn’t find you; you make your own.” The beginning is incredibly heartbreaking (have a box of tissues nearby).  We get to see what it was like living in the shadow of the mines. The air, the filth, and the incredible danger.  I found The Child from the Ash Pits to be well-written and the story moved along at an even pace.  The characters were developed and suited the time period.  I thought the author captured what it was like to live during this era.  I do want to let readers know that there is violence in the story along with foul language (a sprinkling).  The Child from the Ash Pits is a story that will linger with you long after you finish it.  The Child from the Ash Pits is a heart-rending tale with coal calamities, flashy floozies, handsy humans, terrible travesties, and a sympathetic soul. 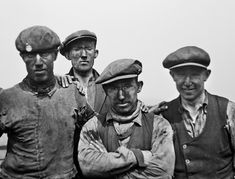 In the shelter of the ash pits Cally huddled against the wall, her cheeks wet with tears, her stomach churning. She wanted her mam, but her dad had shouted at her the minute she’d arrived home from school, then he’d locked her out.

Cally knew why. He and Annie were doing things they shouldn’t; her dad hadn’t had his trousers on. It wasn’t the first time she had caught her dad, George, and her aunt, Annie, doing naughty things behind Mam’s back, and now they were at it again. A sudden wave of nausea filled her throat and she vomited. 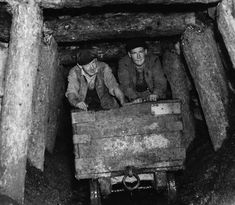 The puddle of stinking bile was too close for comfort, so she shuffled on her bottom to the other side of the ash pit, and blinking away her tears, gazed across the wasteland that separated the ash pits from the giant slag heaps and the pithead at Calthorpe Colliery. Infuriating questions and ugly thoughts buzzed inside her head.

Had her dad stopped loving Mam? Did he love Annie now? Annie’s a hateful pig, she lets Dad stroke her titties, and she’s always giving him secret smiles with her sticky red lips when she thinks I’m not looking. Mam never wears lipstick; she says it’s common. Does Mam know he doesn’t love her any more? 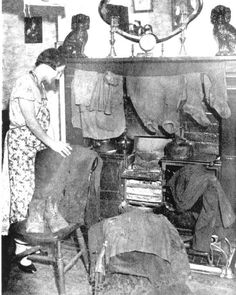 A gush of bile choked her throat again as she dwelt on these awful thoughts and she spat it out angrily. If the new baby would hurry up and get born, Mam wouldn’t be in bed, she’d be downstairs and her dad and Annie wouldn’t dare kiss and cuddle in front of her. And if the pits weren’t on strike again Dad wouldn’t be hanging about the house messing with Annie, Cally told herself, her eyes on the motionless pithead winding gear. 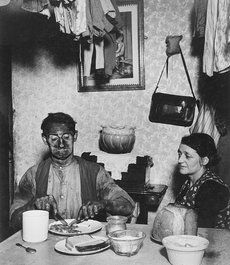 She thought back to the previous day, anger fizzing inside her chest. After school she’d been upstairs with Mam; she always rushed home to see her. When she came down to go to the lavatory, Annie was sitting on her dad’s knee. She’d jumped off when she saw Cally, and Cally had stared balefully at her.  ‘What are you staring at, you cheeky little sod?’ 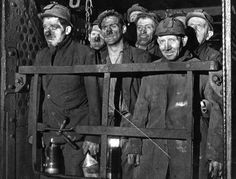 ‘Your blouse’s unbuttoned, Aunt Annie, and your neck’s gone all red, Dad,’ Cally had replied insolently, sounding much older and wiser than her seven years. She knew as she spoke that she would pay for it later and, the accusation delivered, she had fled to hide in the ash pits.

Now, as Cally traced the bruises Annie had inflicted on her left wrist with the tip of her right forefinger, she recalled how pleased and excited Mam had been when Annie had arrived in Calthorpe several weeks ago. She’d even shed a few tears, telling Annie she had arrived just at the right moment; but that was before she found out how lazy and selfish Annie was. Mam had said Annie could stay and help out until the baby was born, but Annie wasn’t helping; she was making matters worse. 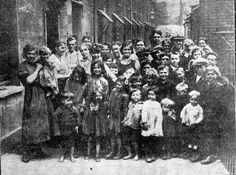 It’s because she wears pretty dresses that show off her titties and her tiny waist, and that stuff she paints on her face, and the way she flutters her eyelashes when she’s fussing over my dad, thought Cally; that’s what my dad likes about Annie. Then she thought about Mam’s puffy, grey face, her swollen hands and feet and the huge mound of her belly; were they the reason Dad didn’t love her any more? 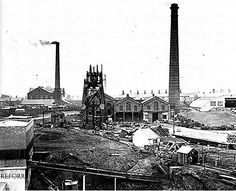 Has the excerpt left you wanting more?  The Child from the Ash Pits is available at Amazon*, Kobo, Google Play, Amazon UK, and iBooks.  The Girl from the Mill is Chrissie Walsh's debut novel and the ebook is currently $1.99 on Amazon.  Would you like to win a digital copy of The Child from the Ash Pits?  All you need to do is leave a comment on this post with your email address (so I can contact you if you win).  If you prefer, you can email me at Doodlesink@hotmail.com with The Child from the Ash Pits in the subject line.  Make sure to include your name in the email.  This contest ends on November 30 at 11:59 p.m. EST.  Good Luck!  Thank you for looking in today.  I am sharing my review of In Cold Chocolate by Dorothy St. James tomorrow.  It is the third A Southern Chocolate Shop Mystery. On Sunday's I share books that I was unable to review when they were released.  I hope that you have a satisfactory day.  Take care and Happy Reading! 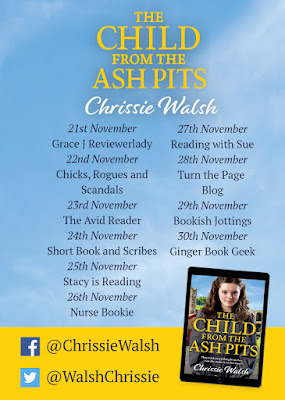 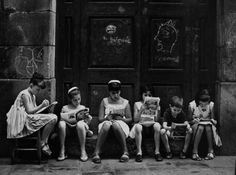