Happy Wednesday!  If you like clean Christian romance novels, I suggest you check out Sweet Promise Press.  They have a variety of series so there is something for every reader.  One of my favorite series by this publisher is Holidays in Hallbrook*.  Love & Order, Love & Family, and Love & Peace are the three books in the series.  Love & Order was my favorite as it is filled with humorous situations.    All three are available through Kindle Unlimited.

Dead Wrong by Vannetta Chapman has Agatha Lapp moving from Shipshewana, Indiana to Hunt, Texas.  Agatha’s brother and sister-in-law passed away in a buggy accident, leaving Agatha their bed-and-breakfast.  Agatha is a widow whose children have all left home which leaves her without a purpose.  She is looking forward to making a success of the B&B.  Ten months later, Agatha’s Amish Bed-and-Breakfast is doing well with all her rooms plus the cabins she added fully occupied.  Agatha goes to clean Cabin 3 and finds it is a disarray with the back door open.  Outside the door, she finds her guest, Russell Dixon dead.  Agatha hustles next door to the home of Tony Vargas, a retired Hunt Police Department detective.  Lt. James Bannister is in charge of the investigation, and he quickly zeros in on Agatha as the Mr. Dixon’s killer.  Tony knows that Agatha did not commit the crime.  He teams up with Agatha to prove the police are dead wrong.
Dead Wrong by Vannetta Chapman is the debut of Agatha’s Amish B&B series.  I was quickly engrossed in this engaging Amish cozy mystery.  Agatha Lapp has inherited her brother’s bed and breakfast in Hunt, Texas on the Guadalupe River.  She relocates from Shipshewana, Indiana and quickly begins fixing up the rundown building.  Ten months later, Agatha has a successful inn that Englisch and Amish like to visit.  When Agatha finds guest, Russell Dixon dead outside his cabin, she rushes to her neighbor, Tony Vargas for assistance.  Tony is a retired detective who lost his wife to cancer in the last year.  He has been sitting in his home mourning while life continues to go on around him.  Vannetta Chapman took the time to establish the characters.  We get to know Agatha, Tony and Gina Philips (Agatha’s friend and employee).  Gina provided some humorous moments that had me giggling.  I like Agatha’s character.  She is a caring woman with faith and fortitude.  The mystery is complex with several suspects and a variety of clues.  I like that this whodunit was difficult to solve (they are the best type).  This is one mystery that will keep you guessing with a great reveal.  I was just delighted with Dead Wrong.  I thought Dead Wrong was well-written and it moved along at a steady clip.  There are some great characters including Bishop Jonas Schrock.  I am eager to read the next book in the Agatha’s Amish B&B series.  Dead Wrong is a charming Amish cozy mystery with suspicious guests, helpful friends, gorgeous countryside, a determined investigator, and a caring community.

Dead Wrong is available through Amazon* (Amazon UK). Vannetta Chapman's next book is An Unlikely Amish Match which will be out on February 1, 2020 Thank you for stopping by today.  Tomorrow I am featuring A Fair Time for Death by Adriana Licio.  It is the second An Italian Village Mystery.  May you have a peaceful day.  Take care and Happy Reading! 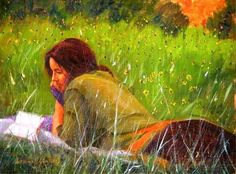