The Rolls of the Drums by Jan Drexler 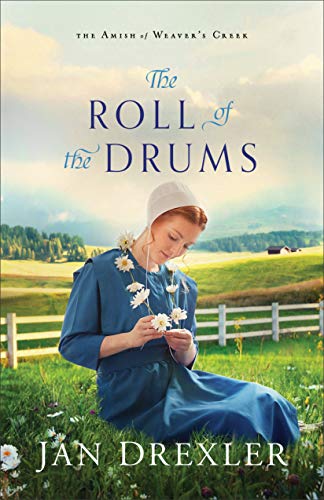 Greetings! It is hard to believe it is November 1.  This year is whizzing by at a fast clip.  Poppy Redfern and the Midnight Murders by Tessa Arlen* comes out on November 5 along with The Bake Shop by Amy Clipston and Cast Iron Alibi by Victoria Hamilton.  Deanna Chase has released A Witch for Mr. Holiday.  It is the beginning of the Witches of Christmas Grove series.  If you like steamy paranormal romances, then this is the book for you. 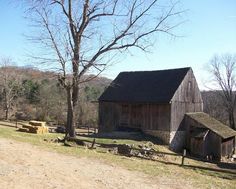 The Roll of the Drums by Jan Drexler takes readers back to May of 1863 in Weaver’s Creek, Ohio.  Ruby Weaver has moved in with her sister, Elizabeth Kaufman.  Elizabeth’s husband, Reuben left a year ago to fight for the south and he has not corresponded with her since he departed.  Ruby is twenty-eight, unmarried and content with her life.  Ruby does not believe that a woman must be married in order to be happy and fulfilled.  Gideon Fischer along with his ailing wife, Lovinia and their four children arrive in town.  The family experienced hardship at the hands of soldiers and Gideon wants to find a new place to start over where they do not need to fear.  Ruby becomes friends while caring for the very ill Lovinia.  Lovinia makes Ruby promise to marry Gideon if she passes away.  Lovinia believes Ruby is the partner Gideon needs and the mother her children will need in her absence.  Ruby reluctantly agrees never believes she will have to fulfil the promise.  Lovinia extracts a similar promise from Gideon.  When Lovinia passes away, neither one wish to honor the promise they made.  However, Gideon needs someone to keep house and care for the children while he establishes their farm.  Ruby will spend her days at Gideon’s home and keep living with Elizabeth.  Unfortunately, there is someone in authority who does not feel the arrangement is proper.  Ruby and Gideon must decide how to proceed. 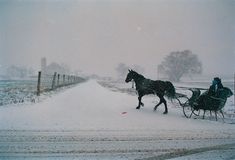 The Roll of the Drums by Jan Drexler is the second novel in The Amish of Weaver’s Creek series.  I recommend reading The Sound of Distant Thunder before beginning The Roll of the Drums.  I thought the story was well-written and it moved along at a thoughtful pace.  The characters are realistic and developed.  Ruby Weaver has lovely red hair which along with her age and unmarried state make her different from other females in her community.  Ruby does not feel that marriage is necessary to be a happy and content individual.  I like that Ruby is a resilient woman of strong faith. Gideon Fischer is relocating his family after the soldiers devastated his small Amish community.  He wants to find a safe place for them to reside and Gideon is worried about his wife’s health.  Lovinia, Gideon’s wife, knows her time is short.  Lovinia believes Ruby is just what Gideon and her children will need once she is gone.  She makes Ruby and Gideon promise to marry each other if she passes away.  While each make the promise, they are both hoping they will not have to honor it but for differing reasons. There are good life lessons incorporated into the story.  We get to see the characters go through some rough times.  I like that the author does not give us a lighthearted feel good story (there are ups and downs just like real life).  Gideon is at the lowest point of his life and we get to see how he will handle it.  It can be hard to let go of our worries and rely on God, but it is necessary.  The phrase from The Roll of the Drums that lingered with me is “Only the Good Lord knew the future.  He will give you the strength you need”.  Everything happens for a reason as we see in The Roll of the Drums.  While the story focuses on Gideon and Ruby, we also catch up with Ruby’s sister, Elizabeth who married Reuben at such a young age.  In addition, Levi Beiler is a bookworm who loves to devour theological books.  His father constantly berates him and Levi wonders why.  He overhears a conversation that soon puts things in perspective and leaves Levi with more questions.  We see how a person’s experiences can influence how they look at others and situations.  The Roll of the Drums is a sweeping historical Amish novel that has love, forgiveness, fear, redemption, joy, judgement and so much more.  You will not be disappointed with this compelling story.

The Roll of the Drums is available through Amazon* (Amazon UK) along with The Sound of Distant Thunder.  There is a teaser at the end of The Roll of the Drums for the next book in The Amish of Weaver's Creek series!  Thank you for joining me today.  I am participating in the Great Escapes Virtual Book Tour for A Legacy of Murder by Connie Berry tomorrow.  It is the second novel in A Kate Hamilton Mystery series.  I hope that you have a cheery day.  Take care and Happy Reading! 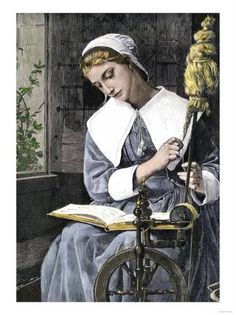