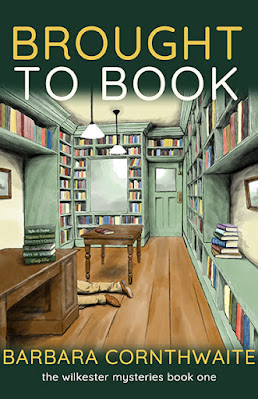 There’s nothing in Emily Post about dealing with murder.

Now he and his murder are the reason Katrina is spending her spare time with Wilkester detective, Todd Mason. Or, that’s what she tells herself.

Why would anyone want to kill Frank Delaney? Who would do it? And is Katrina herself even safe?

Mixing faith, literary humor, sweet romance, and a cozy mystery that will keep you guessing, Barbara Cornthwaite’s first Wilkester Mystery has everything you want for a cozy read.

Begin your investigation of Brought to Book today. 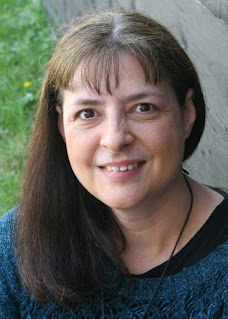 Barbara Cornthwaite lives in the middle of Ireland with her husband and children. She taught college English before “retiring” to do something she loves far more; her days are now filled with homeschooling her six children, trying to keep the house tidy (a losing battle), and trying to stay warm in the damp Irish climate (also a losing battle). She is surrounded by medieval castles, picturesque flocks of sheep, and ancient stone monuments. These things are unappreciated by her children, who are more impressed by traffic jams, skyscrapers, and hot weather. 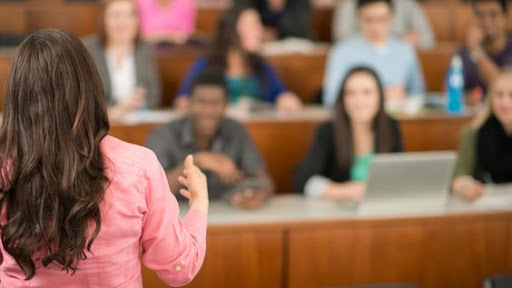 Meeting of the Minds

Detective Todd Mason knew Katrina was the one the first time he met her. The woman had witnessed a murder—if not with her eyes, at least with her ears. She’d seen the man dying and called for help, afraid all the while that the killer would return for her. So much he’d been told before he went into the interrogation room.

“How’s she handling it?” he asked the officer who had arrived first at the scene and escorted her to the police station.

“Not too badly,” said Gary. “She’s in shock, of course, but she’s trying to hold it together. Katrina Peters. She’s in Room 2.”

He’d gone in then and gotten his first look at her. Late thirties or early forties. Brown hair that fell to her shoulders in loose waves. Brown eyes that were red-rimmed from crying. Hands clutching a tissue. She managed a faint smile when he walked in.

“Hello, Ms. Peters. I’m Detective Todd Mason. I need to ask you some questions, if that’s all right.”

“Miss,” she said, almost as a reflex.

“I beg your pardon?” Todd wasn’t sure he’d heard her correctly.

“It’s Miss Peters.” She said it firmly, repudiating the term Ms. even at such a stressful moment. Something made her blush then, and he saw her glance at his left hand. “Never mind,” she murmured.

She’s afraid I’ll think she’s trying to advertise her availability. It amused Todd to see the blush—if only she knew how refreshing it was to see a woman who would even be conscious of such a thing. Old fashioned, he thought. In a good way.

She answered his questions as calmly as she could, and even apologized for the tears that insisted on coming out now and then. When she alluded to Daniel in the lion’s den, he knew she really was out of the ordinary, and it took all his self-control not to offer to drive her home himself.

To join the investigation, read your copy of Brought to Book today. 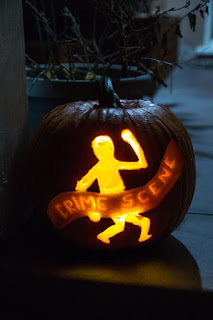 Brought to Book by Barbara Cornthwaite has Dr. Katrina Peters as the only witness to Frank Delaney’s murder at Frank’s Bookstore.  She works with Detective Todd Mason of the Wilkester Police Department to help unravel the crime as well as provide insight into the curmudgeonly victim.  Will the killer be caught before he strikes again?  Brought to Book is the debut of A Wilkester Mystery series which is a Christian cozy mystery series.  I like that we get an older protagonist in Dr. Katrina Peters (early 40s) who is realistic and relatable.  She is an adjunct professor in the English department who loves literature and wonderful old books.  She is a Christian who attends a local church.  Katrina has good friends that include Kim and Ed who are foster parents.  She is struggling with what to do with her future.  I would have liked more information on Katrina.  I felt she needed a little more fleshing out along with the secondary characters.  I enjoyed the literary references sprinkled throughout the book along with the humor.  The mystery had some interesting aspects that included an old journal.  There were a couple of suspects along with good clues to help solve the whodunit.  There was some action that kept things lively.  I would have liked a little meatier mystery along with some unexpected elements as well as complete wrap-up.  There is romance in the story as well.  Katrina has two men interested in dating her, but one is divorced, and one is a widow.  Katrina has an issue with dating men who have lost their first love and who have divorced.  It was interesting learning her reasoning behind this decision.  It will be interesting to see what Katrina does next in Snuffed Out.  Brought to Book is a lighthearted cozy mystery with a crabby bookseller, a dashing detective, fearless foster parents, a determined descendant, and a prying professor. 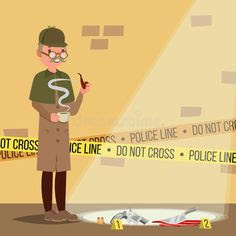 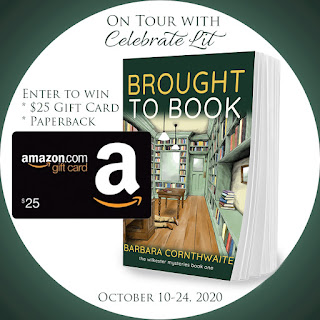 To celebrate her tour, Barbara is giving away the grand prize package of a $25 Amazon gift card and a paperback of the book.  Be sure to comment on the blog stops for nine extra entries into the giveaway! Click here to enter. 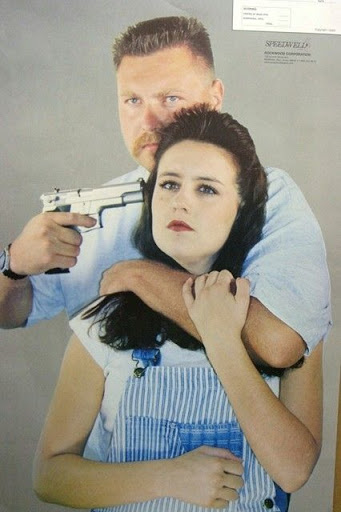 Brought to Book is available from Amazon*.  If you are a Kindle Unlimited member, you can borrow Brought to Book.  The second novel in A Wilkester Mysteries is Snuffed Out which is out now and also available through Kindle Unlimited.  Thank you for joining me today.  I will be back tomorrow with Forever By Your Side by Tracie Peterson.  It is the 3rd novel in Willamette Brides series. Before you depart, do not forget to enter the giveaway!  I hope you have an inspiring day.  Take care, be kind, and Happy Reading! 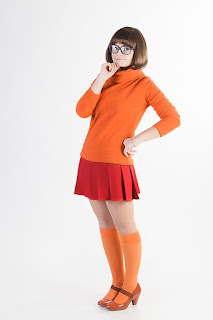 For the Love of Literature, October 12 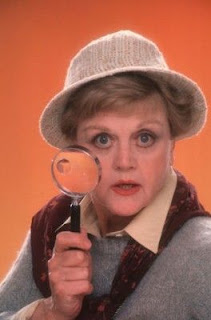 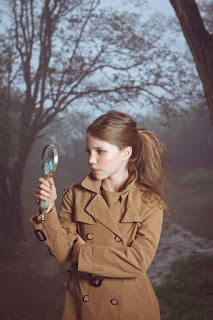 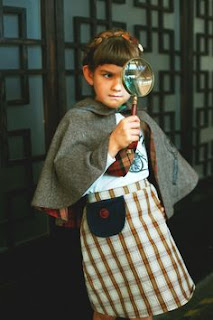 For Him and My Family, October 17 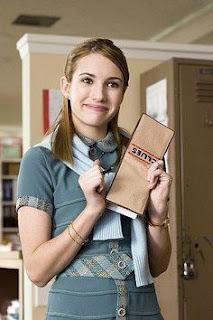 As He Leads is Joy, October 19

Labor Not in Vain, October 20 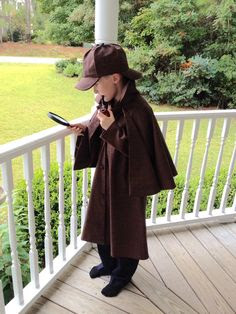 She Lives To Read, October 21

Because I said so — and other adventures in Parenting, October 21 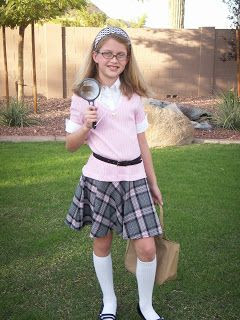 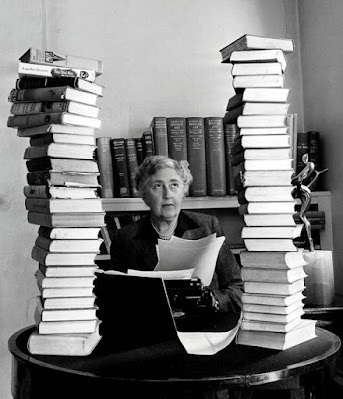 *This post contains affiliate links.  As an Amazon Associate I earn from qualifying purchases.