Without a Brew by Ellie Alexander 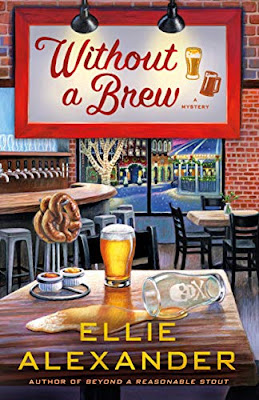 Without a Brew by Ellie Alexander takes us back to Leavenworth, Washington in January where IceFest will begin in a week.  Sloan Krause, Garrett, and Kat are getting ready for the opening of their beer-themed bed-and-breakfast in the rooms above Nitro.  Their soft opening with one anniversary couple quickly changes when two couples arrive needing lodging after the pipe burst at their rental.  Garret soon regrets agreeing to let them stay when one of the men becomes obnoxious and loud.  Another woman, Liv does not wish to make the long trek back to Spokane in the dark and gets their final guest room.  The next morning, Liv is nowhere to be found.  Her room is a mess and her car is covered in paint.  Sloan calls in Chief Meyer who begins a search of the area.  When Liv turns up dead, Sloan wonders if one of their guests is the killer.  She cannot help but do a little nosing around. 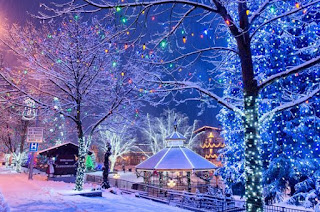 Without a Brew by Ellie Alexander is the 4th novel in A Sloan Krause Mystery series.  It can be read as a standalone if you are new to the series or missed a book along the way.  I enjoy visiting Leavenworth, Washington which reminds me of German Village where I grew up.  It is a quaint town with Bavarian charm.  The town is preparing for IceFest with games, fireworks, food, and loads of twinkle lights.  I like that Sloan Krause is a strong female who continues to develop.  She is finding out who she is away from her husband (soon to be ex-husband) and his family.  Sloan loves her job and she is thinking about purchasing a new home.  Sloan has been wanting to learn about her birth mother and she is finally getting information thanks to her old case worker, Sally.  We learn some startling information when Sally visits.  The mystery was nicely plotted out.  There are a variety of suspects along with good clues.   Sloan uncovers helpful information with her gentle questions.  Avid cozy mystery readers, though, will find it a cinch to solve this whodunit.  I enjoyed the wonderful descriptions of the town.  The authors word images match the pictures of Leavenworth.  There are some mouthwatering dishes prepared by Sloan and Nitro serves up some wintery brews.  Without a Brew is a charming cozy mystery with a pushy VP, a cozy cottage, a lost lodger, a brash realtor, and a winter wonderland. 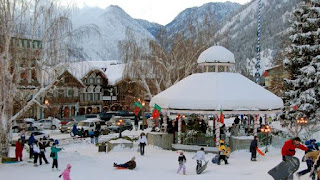 Without a Brew publishes October 10 and can be pre-ordered from Amazon*.  You can find the other four novels in A Sloan Krause Mystery series here.  Ellie Alexander also writes A Bakeshop Mystery series starring Jules Capshaw.  Chilled to the Cone releases December 29 and Mocha, She Wrote is out June 29, 20201.  Thank you for reading my review today.  I will return tomorrow to share my thoughts on An Amish Christmas Wedding by Amy Clipston, Kelly Irvin, Kathleen Fuller, and Vannetta Chapman.  I hope you have a cheery day.  We all need to stay positive during these difficult times.  Take care, be kind, and Happy Reading! 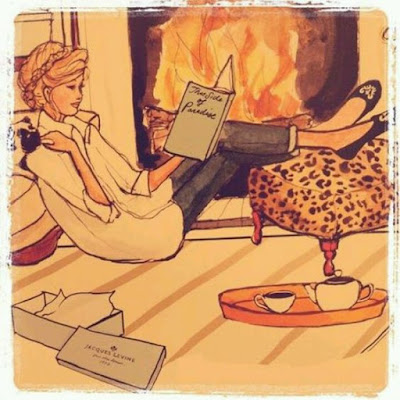