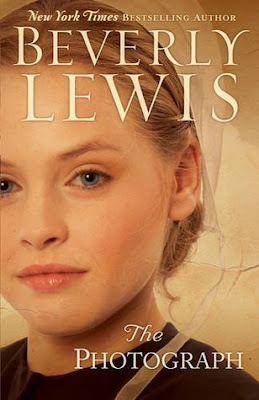 I was watching a House Hunters marathon last night and I am amazed at first time homeowners (they seem to be allergic to hard work).  When I got this home, I knew it would need work.  You can never get everything you want in your first home.  However, I must be unique in this mind set. This one lady wanted so much in her first home with the tiniest little budget. One of her "must haves" is a bathroom that no one else has used! They ended up with a very small home (smaller than mine) but it did have a new bathroom! All homes are work and will always need more done to them!

The Photograph by Beverly Lewis is her latest Amish fiction book.  It is 1980 in Lancaster County, Pennsylvania.  Eva Esch lives with her sisters Frona and Lily in the family home.  Both of their parents have passed away and the farm went to the youngest son, Menno (a pompous blowhard with a big head).  Menno has been working the farm since their father passed away, but his family does not live on the farm.  Menno has decided to take over the farmhouse and the three sisters cannot stay (can you believe him).  Menno said that there would be room for one sister if she would agree to be his wife’s helper with the children (how considerate of him).  Eva has helped support the sisters with her candy shop, The Sweet Tooth.  Their father added the structure to the house when Eva was a young teenager and showed a gift for making confections.  Menno considers it a nice hobby, but told Eva that she cannot expect to do it forever (you just want to slap him).

Lily is the youngest sister and she has been acting strangely since their mother passed away.  The day after Menno announces he is going to move in, Lily is gone.  She left a note stating she does not wish to stay Amish.  She is going “fancy” and does not wish to be found.  The family wants to find her as well as the bishop.  They start sending out letters of inquiry to family and friends.  Can they find Lily before it is too late?

Jeb is an apprentice buggy maker in Berlin, Ohio.  He lost his fiancé, Lydiann a year ago.  He had been hoping to take over his Uncle Ervin buggy business when he retired, but things have changes since a new apprentice has arrived.  The new apprentice, Perry Hostetler is already a member of the church and has plans to marry.  Just the type of person Uncle Ervin wants to leave his business to.  Jeb had planned to join the church with his fiancé before their wedding.  Uncle Ervin is sending Jeb to Pennsylvania to learn how they make their buggies (just for a week) from Jonas Byler.  While on the train, Jeb discovers a copy of Little Women.  It has notes in the margins about the book (he likes how thoughtful and insightful they are) as well as a photograph.  He finds himself intrigued about the woman who wrote the notes (as well as the photo) and wonders if he will meet her.  A couple of days later at an auction, Jeb is pleasantly surprised to meet the woman in the photo, Eva Esch.

Jeb and Eva get a chance to spend a little time together before he has to go home.  But then he shows her the photograph.  Will these two be able to overcome a misunderstanding (as well as a lack of communication)?  Who will find Lily and will she be willing to come home?  You will just have to read The Photograph to find out.

I enjoyed reading The Photograph.  It is just a lovely book.  It is well-written and makes the book so easy to read (the book just flows beautifully which makes it pleasurable to read).  I did get frustrated by the lack of communication between people in the book.  Speaking plainly would be so much easier than all the misunderstandings (and confusion).  I also could not understand how a father could leave his daughters without a home or any provisions in his will (or even making sure that the brother would always give them a home).  The brother who inherited can just walk in and toss them out.  To me this seems to go against what we hear about the Amish (how they embrace family).  Without these things, though, we would not have the book to read!  I give The Photograph 4.5 out of 5 stars.  I look forward to reading Beverly Lewis’ next book.  The Photograph will be out Tuesday, September 8, 2015!

I received a complimentary copy of The Photograph from NetGalley and won a copy from the publisher through LibraryThing in exchange for an honest review.  The review and opinions expressed are strictly my own.

I am currently reading The Sea Keeper's Daughters by Lisa Wingate.  I hope you have had a lovely Labor Day!  Take care and Happy Reading!