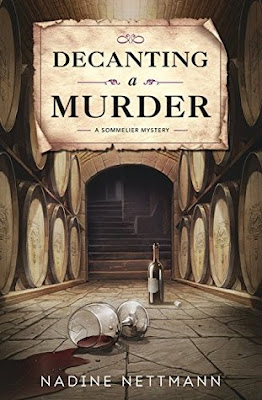 Happy Clean Up Your Room Day!  If you have a room that it is messy and in need of a good cleaning (or a kid that has a particularly messy room), this is the day to clean it out!  Get out your shovels and big garbage cans and get to it!  I had to travel to Tampa today for my doctor's appointment.  I wish there was a way to read and drive at the same time (yes, I know about audible books).  I want a car like on the show Eureka.  They drove themselves (would make life so much easier).  Before I came home (and had to work on our clogged main drain), I stopped to do a little shopping (picked up some cute tops).  I may have also got the cutest striped pencils (I love a nice, sharp pencil--do not judge)!  In 1774 on May 10 Marie Antoinette and Louis XVI became the King and Queen of France (for a short amount of time).  Other events that happened on May 10 are . . . The National Gallery in London opens to the public in 1824; the First Transcontinental Railroad (linking the eastern and western United States) is completed at Promontory Summit, Utah with a golden spike (in a museum) in 1869; Mother's Day is observed for the first time in the United States in 1908 in Grafton, West Virginia; "Rock Around the Clock" by Bill Haley and His Comets is the first rock and roll record to reach number one on the Billboard charts in 1954.

Decanting a Murder by Nadine Nettmann is the first book in A Sommelier Mystery series.  Katie Stillwell just took her Certified Sommelier Exam (the first step in a four step process to become a Master Sommelier).  Katie knows she did not do well because she choked (which she does quite often) on the blind tasting portion (after bragging that she is The Palate).  But she does not have time to dwell on it, because she is off to an exclusive event at the Frontier Winery to celebrate their 100th anniversary.  The Frontier Winery is not open to the public (only members of the Frontier Wine Club).  Katie is lucky that her friend, Tessa Blakely, works for the Frontier Wine Club and wangled her an invite.  Katie is enjoying a wonderful wine and the company of Jeff Kingman (who is flirting with her) when they hear a scream.  One of the servers has discovered an arm sticking out of a fermentation tank.  The arm belongs to winery owner Mark Plueger.  The number one suspect ends up being Katie’s friend, Tessa (who disappeared during the party).  Katie wants to clear her friend (who is flighty, lively party girl who likes to drink) and involves herself in Detective Dean’s investigation (he is the lead detective on the case and is interested in Katie).  Tessa protected Katie many years ago, and Katie will do anything for Tessa (blind loyalty).  Will Katie be able to clear Tessa and find the real killer?  What happens when the suspects start turning up dead?  You will have to join Katie in Decanting a Murder!

Decanting a Murder was a wine, it would be considered a bad vintage (undrinkable).  The pace is slow (snails were zipping by me).  The novel just drags on and on toward the inevitable (and predictable) conclusion.  The characters (as well as the book) are flat (they are just meh)!  It lacks depth/substance (like the characters).  Clues are nonexistent (you do not need them though).  The killer was obvious (actions speak louder than clues).  I was hoping this would be a great new series, but I was disappointed (I’m sorry, but I am being honest).  The premise (basic idea) is good, but I did not enjoy the final product (this book).  I think the author needs to start over with new characters.  Katie comes across as awkward (with issues) and Tessa is someone I would really rather not associate with (what winery would hire someone who drinks that much especially during a party when they are supposed to be working).   I give Decanting a Murder 2 out of 5 stars.  If there is another book in the series, will I read it?  Probably not.  There would have to be significant improvement for me to read it.

This is Nadine Nettmann's debut novel.  You can check her out on Amazon.  I received a complimentary copy of Decanting a Murder from NetGalley (courtesy of the publisher) in exchange for an honest review of the novel.

Thank you for visiting.  I am off to feed the children.  Doozy has forgiven me for his bath (he was quite the challenge to get him in the tub).  Next up for a bath is Wolfie (she is easier to get to the tub).  I always do Tuxxe last because you have to trick him (pretend you are doing something else to avoid getting bit--no, I am not kidding).  Have a fun Tuesday!  Take care and Happy Reading!


Posted by Kris Anderson, The Avid Reader at 4:51 PM