Promised to the Crown 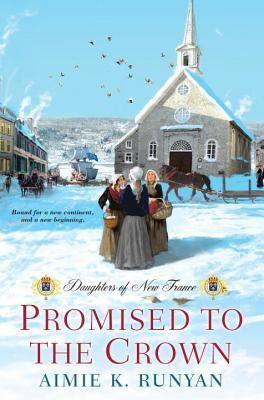 Happy Bird Day!  This day was first observed in 1894 to recognize and appreciate birds.  Many people like to birdwatch and identify different bird species.  I love to watch the cardinals and bluejays in my backyard near the bird feeders (which seem to attract squirrels and opossums as well). I awoke about 6 a.m. this morning to lightning and thunder (a lot of it) and very scared dogs.    Then is started pouring and the power kept going out.  I had one, large Doozy (the big wus) in my bed.  He was shaking like a leaf.  The poor thing.  Wolfie, our oldest dog, also came into my room (which she rarely does).  The smallest dog, Tuxxe decided to hide under my mother's covers.  I also had to go and check on the cats.  They were scared as well (except for Lil' Dickens who was fascinated by the rain).  I was glad when the lightning and thunder stopped. Everyone calmed down then and fell asleep.  Animals are just like little children. They rely on us to take care of them and be there for them when they are scared.

Promised to the Crown by Aimie K. Runyan is the first book in the Daughters of New France series.  Louis XIV is looking for young women of good moral character to send to New France.  The men there need brides and the King wanted to see this new area prosper and grow.  Elisabeth Martin, Nicole Deschamps, and Rose Barre have decided to go to this new world (three of many).  They are each looking for a new start.  Elisabeth is the daughter of a baker father (who recently passed away) and a mother who quickly got over her husband.  Her mother is looking to marry off Elisabeth (and she does not like the choice).  Elisabeth is hoping to find a compatible husband in New France (who will appreciate her baking talent).  Rose is an orphan who grew up in The Salpetriere Charity Hospital (and orphanage) after her aunt threw her out of their home (her uncle was abusing her and the aunt blamed Rose—a 12-year-old child).  Rose is currently working at Salpetriere, but it is like living in a prison.  Rose will take a chance and go to New France, but she is not sure she will be able to marry (hard to overcome what her uncle did to her).  Nicole is a farm girl who is getting over a broken engagement.  Her fiancé broke it off with her when Nicole no longer had a dowry (methinks it was not true love).  Nicole believes her family will be better off with one less mouth to feed.  Come join Nicole, Rose, and Elisabeth on their journey to a new life in New France (will become Quebec).  Will they find husbands that are right for each of them?  Can Rose overcome her past so she can have a happy future?  You will have to read Promised to the Crown to find out!

Promised to the Crown was a good novel.  It is a historical romance novel, but I enjoyed it.  We get to see what happens to each woman and I liked the ending.  Promised to the Crown is well-written, good pace, and characters that are interesting (and likeable which is important to enjoying a book).  The story is told from the three young women’s point-of-view (in third person).  We get to see their joys and sorrows and how they fared in this new country.  These girls were leaving everything they knew and going forward into an unknown future.  That was quite brave.  The King (France) paid for their passage across the ocean and they were given lodging and food until they married.  There are a couple of slow areas, but they are brief.  I give Promised to the Crown 4 out of 5 stars.  I will definitely be reading the next book in the series.

The next book in the series is Duty to the Crown.  It will be out in October. You can follow Aimee K. Runyan on Amazon to get notifications when new books are released.  I received a complimentary copy of Promised to the Crown from NetGalley in exchange for an honest review of the novel.

It is still raining in my area.  A good day to relax with a good book (of course, I can say that every day)!  I am currently reading Decanting a Murder by Nadine Nettmann (it is so-so).  I hope all of you have a great day.  Stay dry, take care, and Happy Reading!

Posted by Kris Anderson, The Avid Reader at 4:03 PM