A Lady's Guide to Etiquette and Murder: A Countess of Harleigh Mystery 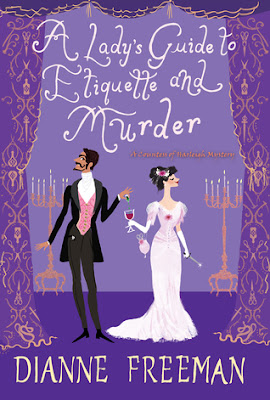 Felicitations!  The Masterpiece by Fiona Davis comes out on August 7 along with Blessed be the Wicked by D.A. Bartley and The Girl on the Doorstep by Lindsey Hutchinson.

A Lady’s Guide to Etiquette and Murder by Dianne Freeman is the first edition in A Countess at Harleigh Mystery series.  Frances Price Wynn, a widow, has just finished her year of mourning and is ready to embrace color once again.  Frances is also ready to leave her money hungry in-laws behind and move to London.  She has leased a place in Belgravia and is surprised to discover her new neighbor is George Hazelton.  Only one of three people who know the truth of what happened the night her husband died. Frances has barely moved in when she receives a letter from her mother announcing she is sending Frances’ sister, Lily along with her Aunt Hetty to London.  She wants Frances to usher Lily into London society and help find her a suitable husband.  Luckily, she has included a generous check to help with the expenses.  Her in-laws did not take her departure well and have filed a lawsuit.  While her lawyer assures her that the case does not have merit, her account has been frozen until the case is settled by the courts.  Frances is surprised when an Inspector Delaney pays her a visit. Evidently the police received an anonymous letter regarding Reggie’s demise and it points the finger at Frances.  Lily gains several admirers at her first social event leaving Frances to figure out which one is suitable and who is just after Lily’s dowry.  Frances learns that there is a thief attacking the homes of the wealthy and when a stolen item finds its way into her reticule, she sets out to discover the thief’s identity.  Frances is in for a busy social season in A Lady’s Guide to Etiquette and Murder.

A Lady’s Guide to Etiquette and Murder is a light, historical cozy mystery.  The story begins in April of 1899 at Harleigh Manor.  There is a similarity to Downton Abbey with the big estates, London society, and Frances is from a wealthy American family who married a titled British aristocrat.  Frances is an interesting character.  This is the first time she is on her own without her domineering mother or her husband.  She comes across as a typical lady of that time-period.  I would have preferred her to be a little more out of the box.  Lily, on the other hand, is outspoken, headstrong, smart but naïve in the way of men (and the rules of British society).  Aunt Hetty provides levity to the story.  There is quite a bit going on in the story (as you can see from my summary).  Despite the number of storylines, there is a lack of action.  More time is spent drinking tea and discussing the various issues.  I could have done with less speculation and repetition. The beginning of the book did engage my attention, but it began to wane after a while as the pace slows down.  Dianne Freeman is an overly descriptive writer.  Frances’ daily life is described in detail.  The mysteries lacked development.  It was not a challenge to identify the guilty parties especially for the burglaries. I liked that the author did not push the romance between George and Frances.  The attraction is there between them, but Frances is not ready for a new romance. My rating for A Lady’s Guide to Etiquette andMurder is 3 out of 5 stars (it was okay). This was the first book in the series and I am hopeful there will be improvement in the next book. If you enjoy light-hearted, historical cozy mysteries, then pick up the debut novel in A Countess of Harleigh Mystery series A Lady’s Guide to Etiquette and Murder.

I appreciate you reading my review.  I will be sharing my thoughts on Jar of Hearts by Jennifer Hillier tomorrow.  I hope that you have a good day.  Take care and Happy Reading! 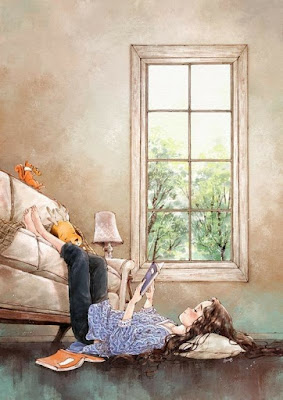