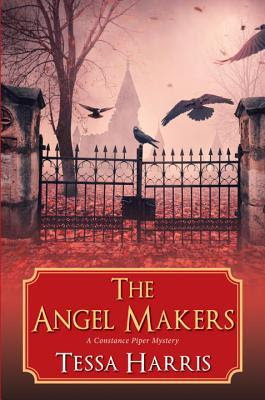 Hello!  Are you a fan of Wanda Brunstetter?  The Hope Jar is her latest novel and it comes out on August 1.  But, you can get a free extended preview on Amazon right now.  I am looking forward to reading this book.  It is the first novel in The Prayer Jars series.


The Angel Makers by Tessa Harris is the second A Constance Piper Mystery.  Constance Piper is a flower seller in 1888 London where Jack the Ripper is making his presence known.  Constance is out with her sister, Florence and their friend, Cath.  Cath is still reeling from the death of her daughter, Evie a year earlier.  She left her with baby farmer who promised to find Evie a good home.  Cath changed her mind the next day only to be told that Evie died overnight.  The next morning Cath is found dead in Clark’s Yard from strangulation.  Constance with the aid of her ghostly friend, Emily Tinsdall sets out to find who harmed her friend.  The police are not going to look to deeply into a prostitute’s murder.  Constance begins her investigation by gathering intel on the woman who took in Cath’s daughter, Mother Delaney.  There seems to be something sinister going on in that Poplar household.  As the evidence mounts up, Detective Sergeant Hawkins joins Constance on the search for truth and justice.

The Angel Makers has an intriguing premise.  I had not heard about baby farmers prior to this book.  These poor women trusted an individual to watch their child (for a fee) or to find a loving and caring family to adopt their child.  Unfortunately, it was a different era without the proper protections in place for the mothers and their children.  The Angel Makers is based on an actual case.  The author provides details at the end of the novel on Amelia Dyer and her misdeeds.  While the mystery was interesting, I had a hard time wading through The Angel Makers. Tessa Harris’ descriptions of the area, the clothing, and their speech were accurate for the time period.  The descriptions allowed me to visualize the scenes.  The author included historical details that enhanced the book.  You can tell that Ms. Harris did her research for this series. I found it difficult, though, to get into the story.  The POV switches between Constance and Emily Tindall which leads to a disjointed book.  I would get involved in Constance’s story and it then switches to Emily.  So, I switch gears and find out what Emily is up to.  Just as you get involved in the scenario, it switches again.  I found the writing awkward, formal and stilted. The pace of the book was slow (I think snails move faster than the storyline). I believe The Angel Makers would have been better if it had been written from the third person.  While the mystery is complicated, I found it a simple matter to pinpoint the guilty person.  The Angel Makers can be read alone.  Details from The Sixth Victim are included.  My rating for The Angel Makers is 2 out of 5 stars.  While The Angels Makers was not a hit with me, that is not true for other readers.  I suggest you obtain a sample to see if this The Angel Makers is the right fit for you.

Thank you for visiting today.  Tomorrow I will be featuring A Souffle of Suspicion by Daryl Wood Gerber as part of the Great Escapes Virtual Tour.  It is the second novel in A French Bistro Mystery series.  I hope you have a day filled with joy.  If you are feeling down, I highly suggest purchasing yourself something unexpected.  It put a little pep in my step and a smile on my face (I will share a picture soon).  Take care and Happy Reading! 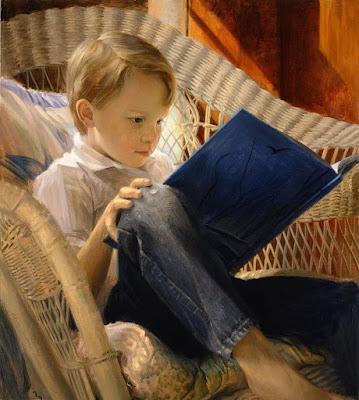