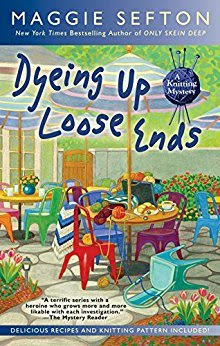 Welcome!  Cottage by the Sea by Debbie Macomber is out today.  The Factory Girls of Lark Lane by Pam Howes comes out tomorrow.  It is a historical novel that sweeps you back to 1940.  The Scent of Waikiki by Terry Ambrose will be available on July 19.  It is the ninth book in Trouble in Paradise series.

Dyeing Up Loose Ends by Maggie Sefton is the sixteenth tale in A Knitting Mystery series.  Kelly Flynn is married to Steve and her son, Jack is now a boisterous four-year-old in Fort Connor, Colorado.  Kelly spends her days at Pete’s Porch Café and Lampspun working on her client’s accounts and enjoys evenings with her family and close friends.  Julie, one of the waitresses at the café, takes accounting classes at the local university and is currently having some issues with her boyfriend’s ex-girlfriends and her money grubbing brother.  One morning Jennifer and Pete arrive at the café to find Julie’s car already in the parking lot.  It looks like Julie has worked her last shift.  They find Julie dead in her car from apparent self-inflicted gunshot wound.  Kelly and the Lambspun crew have another theory and they set about untangling the clues.  In between, the group has a wedding to organize for two special people.  Join the Lampspun crew one last time in Dyeing Up Loose Ends.

All our favorite characters from A Knitting Mystery series returns in Dyeing Up Loose Ends.  The book has a nice, steady pace and a conversational writing style that makes Dyeing Up Loose Ends easy to read.  A Knitting Mystery series used to be one of my favorites and I could not wait for each new installment.  The last couple of books, though, have felt like they were done by someone else.  They lack the same depth and complexity of the earlier books in the series.  Most of Dyeing Up Loose Ends is spent reminiscing (I ended up skimming through it since I have read every book in the series and I wonder if someone double checked their information).  The various characters share recollections on the cases they have solved as well as discuss how Kelly came to Fort Connor, inherited her various properties, her accounting business, how Kelly met Steve, and how they other characters paired up and married.  The murder mystery was simple and there was little investigating.  Identifying the guilty party was a snap.  There are cozy moments as Kelly spends time with her friends, a lot of eating, time with the children, a wedding, and time spent at Lambspun.  There are lovely descriptions of yarn included in the story and I laughed at Carl’s continued determination to catch a squirrel (my dogs have given up).  I believe this is the end of A Knitting Mystery series.  I just wish the author had decided to go out as she started the series.  If, like me, you have read all the books in this series, then you will want to read Dyeing Up Loose Ends (to find out what happens to the various characters).  For those who are new to the series, I suggest starting with Knit One, Kill Two.

I appreciate you visiting today.  I will be a part of the Revealed Celebrate Lit Tour tomorrow.  Revealed by Elaine Manders is the third book in Intrigue Under Western Skies series.  I hope you can stop by.  Take care, stay cool and Happy Reading! 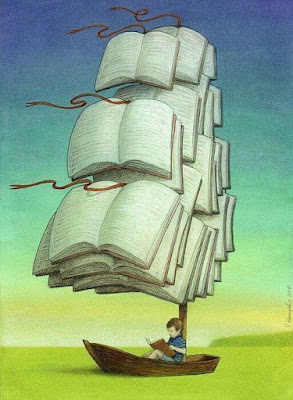