Deadly Dram: A Whiskey Business Mystery plus a Giveaway! 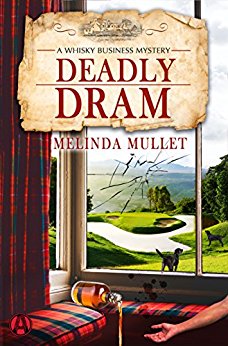 Distillery owner Abigail Logan discovers that high spirits are no match for a cold-blooded killer as the Whisky Business Mystery series puts a fatal twist on stiff competition. It’s been a year since globe-trotting photojournalist Abi Logan inherited Abbey Glen, a whisky distillery in the heart of the Scottish countryside. To her surprise, the village of Balfour already feels like home, and her new business partner, Grant MacEwan, continues to be too charming to resist. But Abi has a history of relationship disasters, so she struggles to avoid an ill-fated romance with Grant. Steering clear is hard enough on a day-to-day basis, but when the two head off to a whisky industry competition together, Abi panics. Five-star resort, four glorious days of nonstop whisky tasting, and a fatally attractive Scotsman—what could possibly go wrong?  The night before the award presentations, with foreign and domestic whisky makers at one anothers’ throats, two judges are found dead under mysterious circumstances. What started with three dream-come-true nominations for Abby Glen’s whisky soon turns into a nightmare for Abi. With a killer on the loose, she must call on her investigative skills to stop another murder—before she gets taken out of the running herself. 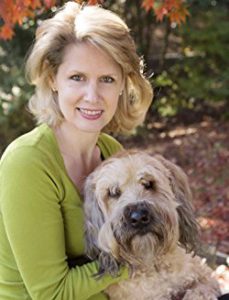 Melinda Mullet was born in Dallas and attended school in Texas, Washington D.C., England, and Austria. She spent many years as a practicing attorney before pursuing a career as a writer. Author of the Whisky Business Mystery series, Mullet is a passionate supporter of childhood literacy. She works with numerous domestic and international charities striving to promote functional literacy for all children. She lives in Washington, D.C., with her family.
Author Links:  Website, Facebook, and Twitter

My Thoughts
Deadly Dram by Melinda Mullet is A Whiskey Business Mystery.  Abigail “Abi” Logan co-owns Abbey Glen with Grant McEwen.  Abi inherited her share of the whiskey distillery business from her Uncle Ben a year prior.  She is attracted to Grant, but, after many disastrous relationships and not wanting to ruin their business partnership, Abi has decided it is best to keep Grant firmly in the friend zone (and avoid him whenever possible).  With the holidays over it is time for them to attend a four day event at a five star resort for the Golden Quaich competition.  Abbey Glen is up for a couple of awards, but there is stiff competition.  After acquiring the appropriate wardrobe, Abi and Liam arrive at the lodge where they will be sharing accommodations with her best friend, Patrick Cooke.  After an evening of schmoozing and whiskey drinking, Abi is awakened by screaming.  Sir Richard Simpson, one of the judges, is dead in his room.  DI Ian Michaelson is on the case and has cause to believe the death is anything but accidental.  Abi agrees to keep her eyes and ears open and takes it upon herself to ask a few questions as well.  The following morning, Abi is once again awakened early with the news of another death.  Archie MacInnes, another judge, is dead in his room.    When Patrick becomes a person of interest, Abi steps up game.  Can they catch the killer before he strikes again?

Deadly Dram takes readers to Balfour, Scotland where Abi is learning the ropes of the whiskey industry.  It is a different life from being a photojournalist, but her skills come in handy when there is a murder.  The clothes Abi acquired with the assistance Katherine McRae were beautiful.  Abi was stylish in her new ensembles (a good representative for Abbey Glen).  While Deadly Dram is the third installment in A Whiskey Business Mystery series, it can be read as a standalone.  The author provides Abi’s background along with that of the main characters (Grant, Cam, Patrick, and Liam).  I was overwhelmed with the number of characters in the beginning.  It gets easier to keep them straight as the story progresses.  The shining star of Deadly Dram is adorable Liam.  He manages to steal the story with his antics (like chasing a rabbit), sleeping on the gorgeous duvet covers and looking dapper in his bow ties.  Melinda Mullet is a descriptive writer which allows readers to visualize the scenes, but it also slows down the pace of the story.  The mystery is multifaceted with several suspects, a red herring or two, and good clues.  The killer does not wish to be caught and attempts to dissuade Abi from investigating (the guilty party evidently does not know Abi very well).  Abi was intent on questioning her suspects and looking for clues.  Armchair sleuths will find solving this crime a cinch (one little detail is the key).  I did not realize there were so many different types of whiskey available and from a variety of countries.  It was interesting to learn more about the process of distilling and the range of ingredients.  Even the cask used to store the whiskey in is important to the taste.  While attending the event and working on the investigation, Abi has been thinking about Grant.  Is she ready for a relationship with him?  The ending leaves readers with hope and a cliffhanger.  We will have to wait for Died in the Wool for answers (May 14, 2019).

Deadly Dram is available for purchase at Amazon, B&N, Kobo, Google Play, and BookBub.  The first two books in A Whiskey Business Mystery series are Single Malt Murder and Death Distilled.  In honor of the Great Escapes Deadly Dram Virtual Book Tour, Melinda Mullet is giving away two e-copies of Deadly Dram.  Click here to enter or you enter using the Rafflecopter form below.  Thank you so much for visiting today.  Do not forget to leave a comment on my blog for another entry in the contest and visit by the other stops on the tour (schedule at bottom).  I will be sharing my review of The Healing by Linda Byler tomorrow.  Take care and Happy Reading!

September 9 – The Power of Words – REVIEW

September 13 – Escape With Dollycas Into A Good Book – REVIEW

September 14 – Cozy Up With Kathy – REVIEW 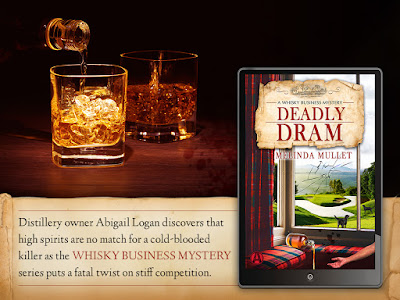