K Street Killing: A Washington Whodunit plus a Giveaway! 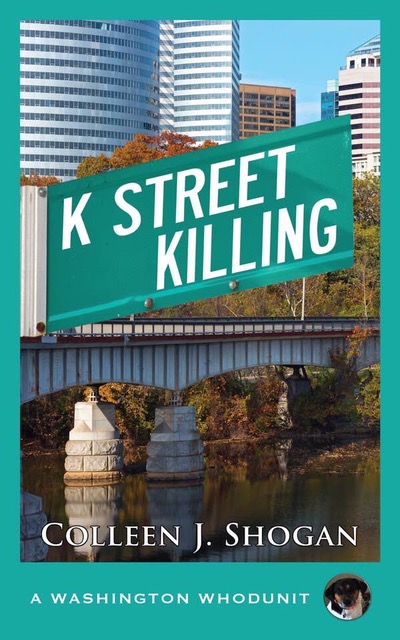 It's the height of campaign season, and instead of relishing newlywed bliss with her husband Doug Hollingsworth, Capitol Hill staffer Kit Marshall is busy with a tough reelection fight for her boss, member of Congress Maeve Dixon. Before Maeve and her staff--Kit included--leave Washington, D.C. to campaign full time in North Carolina, they have one last fundraising engagement.  On the iconic rooftop of a restaurant overlooking the Capitol and the Washington monument, Kit and her best pal Meg do their best to woo wealthy lobbyists for sizable campaign donations. Everyone's enjoying the evening soiree until a powerful K Street tycoon mysteriously tumbles off the rooftop. Even with claims the fall must be suicide, Detective Maggie Glass and Kit aren't so easily convinced foul play isn't at work. While balancing Doug's mid-life career crisis, Kit must spring into action to discover who killed the notorious Van Parker before Dixon's candidacy sputters, even if it means investigating Meg's handsome new beau, the victim's conniving widow, and a bicycle advocate hell-bent on settling a long-standing grudge. When threatening note is left on Kit's car, warning her to back off the investigation, she knows she's closing in on the true story of what happened. 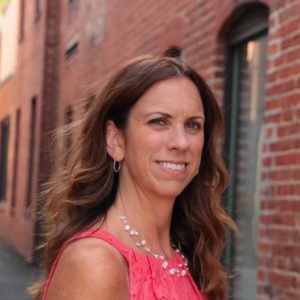 Colleen J. Shogan has been reading mysteries since the age of six. She conceived of the plot of her first mystery one morning while taking a walk in her suburban Washington, D.C. neighborhood. A political scientist, she previously worked on Capitol Hill as a legislative staffer in the United States Senate and as the Deputy Director of the Congressional Research Service. She is currently a senior executive at the Library of Congress who works on great initiatives such as the National Book Festival. Colleen lives in Arlington, Virginia with her husband Rob and their beagle mutt Conan. She is the recipient of the Next Generation Indie Prize for Best Mystery.

My Thoughts
K Street Killing by Colleen J. Shogan is A Washington Whodunit.  Kit Marshall is the chief of staff for Congresswoman Maeve Dixon.  It is re-election time and they have tough opposition in Coach Mack Hackensack.   That evening Kit, Maeve and Meg Peters are attending one last campaign fundraiser at Charlie Palmer’s before departing for North Carolina the next day.  Van Parker, a principal transportation lobbyist, is in attendance along with his wife, Lauren and Dash Dugal, a lobbyist for the American Railway Federation and Meg’s current beau.  With only a few stragglers left on the rooftop enjoying the wine, Kit departs leaving Meg to supervise.  As Kit is about to get into an Uber, she hears a scream.  Kit runs over to find Van Parker sprawled in the alley after a tumble off the roof.  Detective Maggie Glass soon arrives to interview the remaining guests and staff.  While there are claims of suicide, the detective and Kit are not convinced.  Kit needs to solve this conundrum before Maeve’s campaign goes off the rails.  Kit must also deal with her husband’s unexpected news.  He has a job offer from Columbia that will provide him with some new challenges.  It would be a big change for Kit.  But first she needs to catch the culprit and get Maeve re-elected to Congress.

K Street Killing takes readers behind the scenes of the Washington political scene.  We get to read about the inner workings of a representative’s office and the trials of a re-election campaign.  There are a number of legalities the staff must adhere to that I was not aware of prior to reading K Street Killing.  I cannot imagine trying to maintain two phones to keep office and campaign duties separate (I have trouble keeping track of just one phone).  It made for interesting reading and I could tell that the author had first-hand knowledge.  I recommend reading the books in A Washington Whodunit in order.  K Street Killing was my first experience with A Washington Whodunit series, and I felt that I was missing out on details especially regarding Kit.  I knew that she worked in various political offices in Washington, was currently Chief of Staff for Maeve Dixon, had a dog, her best friend was Meg and was newly married.  I would have liked to know more about the main character.  I enjoyed the references to Agatha Christie’s mysteries and her various sleuths.  I can see where the author obtained her inspiration for the crime in K Street Killing (reminiscent of a movie I watched recently).  I thought the mystery was clever.  There is misdirection, a handful of suspects and a crafty killing.  I would have liked a better resolution of the crime.  To hear a confession or the solution directly from Detective Glass.  I will admit to enjoying the digs at POTUS.  I thoroughly enjoyed Clarence, Kit’s dog, and his antics.  His love for food reminds me of my dog, Doozy (who lives up to his name).  I wonder what mischief Kit will encounter in the next A Washington Whodunit.

The first three novels in A Washington Whodunit series are Stabbing in the Senate, Homicide in the House, and Calamity at the Continental Club.  In honor of the Great Escapes K Street Killing Tour, the author is giving away a $50 Amazon gift card.  You can click here to enter or via the Rafflecopter form below.  Thank you for visiting today.  Please make sure to leave a comment on my blog for an extra entry into the contest and do not forget to visit the other stops on the tour (schedule below).  I will be featuring Deadly Dram by Melinda Mullet tomorrow.  I hope you have a pleasing day.  Take care and Happy Reading!

September 4 – The Power of Words - REVIEW

September 11 – Escape With Dollycas Into A Good Book – REVIEW